Zara McDermott and her boyfriend Sam Thompson proved they’re more loved-up than ever on Friday as they enjoyed a date night at Scott’s restaurant in London.

Made In Chelsea’s Sam, 28, meanwhile, looked dapper in a pair of black trousers teamed with a navy V-neck T-shirt and black coat. 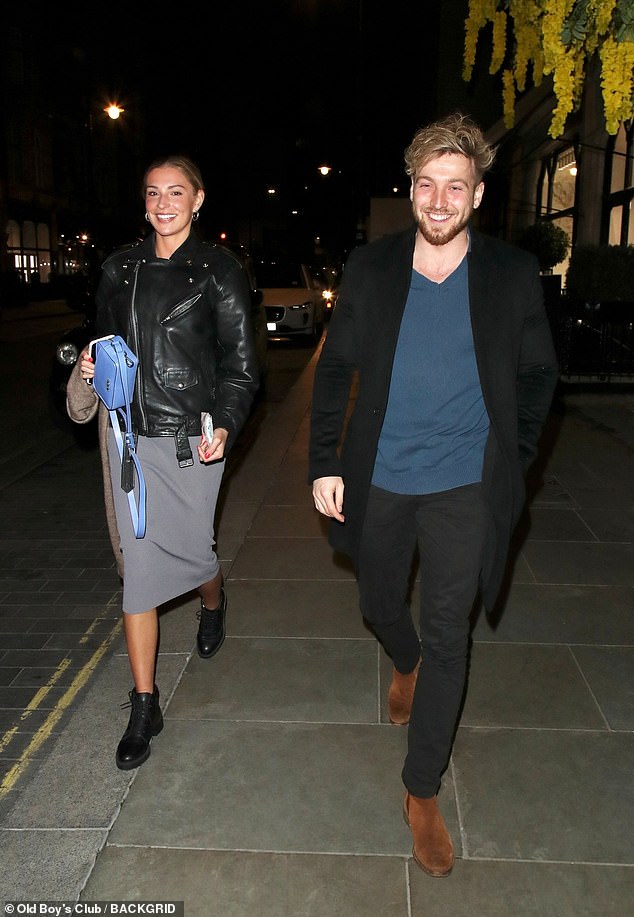 Sam stepped out in suede brown boots, and the pair were joined by a friend wearing a baseball cap as they tucked into a fancy al-fresco dinner at the Mayfair hotspot.

Zara opted for a natural glam look and accessorised with a bold pair of hoop earrings.

She carried her belongings in a baby blue leather handbag and was rocking a fresh, bright red manicure. 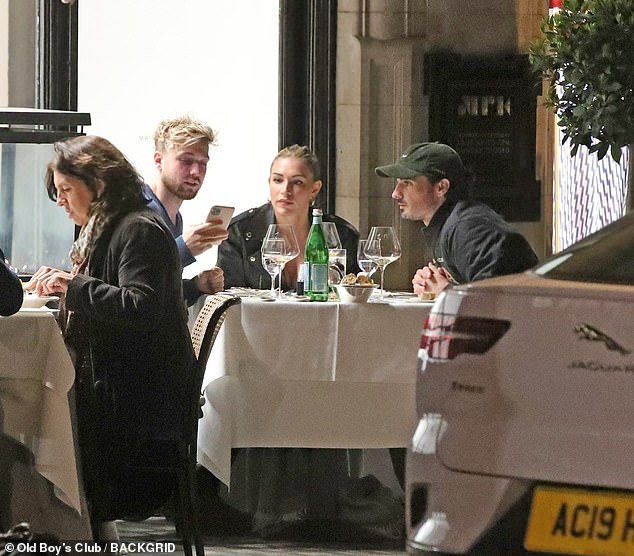 Dinner: Zara wowed in a grey skirt teamed with black boots and an oversized leather jacket, while Sam looked dapper in a pair of black trousers and a black coat 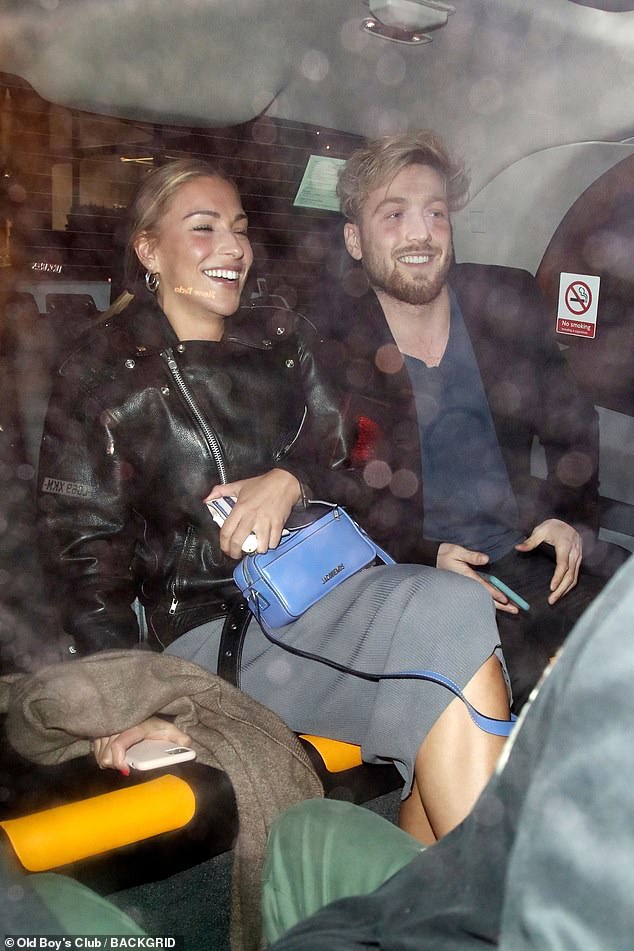 Home time: Zara and Sam hopped into a taxi and were whisked home after enjoying food and drink in the capital

Zara and Sam hopped into a taxi and were whisked home after enjoying food and drinks in the capital.

Zara was embroiled in drama with her on-off boyfriend Sam on the last series of Made In Chelsea when she admitted to cheating on him with another man during her time on 2019’s X Factor: Celebrity. 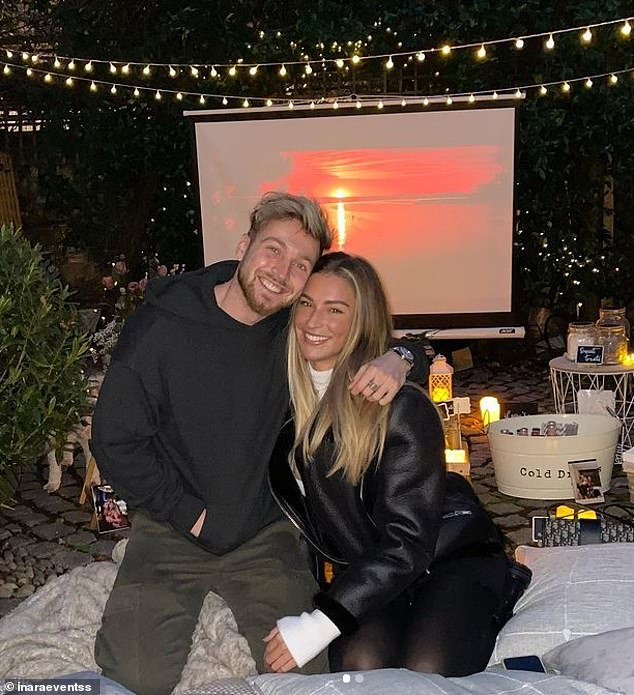 Hard time: Zara was embroiled in drama with her on-off boyfriend Sam on the last series of Made In Chelsea when she admitted to cheating on him

The influencer – who rose to fame on dating series Love Island in 2018 before starring on the E4 hit – told The Sun’s TV magazine: ‘I’ve left. Sam’s still in. No more reality TV, it’s hard on the soul.

‘I would like to do more documentaries. I’m bursting with ideas. I think I surprised myself – I was obviously nervous, a year ago. I enjoyed that gratification of helping people. That’s my goal for this year and next year.’

Zara shot the show for over a year and has been campaigning relentlessly to tighten laws on the crime of image-based sexual abuse, which is the sharing of private, sexual materials of another person without their consent.

Drawing parallels between making the film and her days as a government advisor, the blonde added: ‘I’d come home and feel like I’d helped someone. Every change you make was positive, and that’s something I’ve missed for a few years.’

The TV star insisted she’s now prioritising juggling her work on social media with her fashion career, working with charities and campaigning.

While their relationship breakdown was played out on Made In Chelsea, the couple have appeared stronger than ever in recent months.

The younger brother of Louise Thompson said: ‘I believe in forgiveness. I understand the context – and I think in any walk of life you can’t move forward unless you forgive.

‘Forgiveness allows you to heal. You can only heal when you forgive the other person and get over that.’ 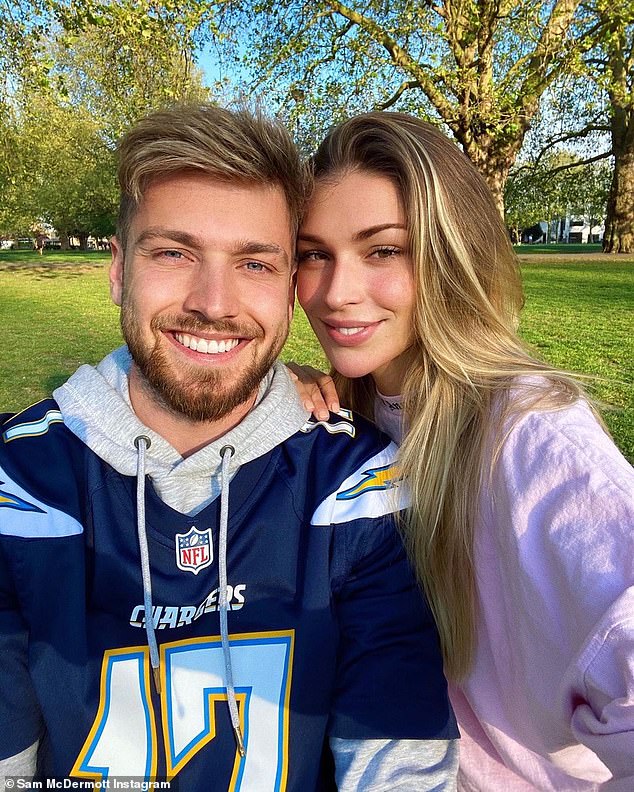 Sam said of their reconciliation: ‘Forgiveness allows you to heal. You can only heal when you forgive the other person and get over that’