Zara Tindall has revealed how her recent childbirth left her body ‘in so much shock’ that she found it difficult to ride  her beloved horses again.

Earlier this week, she was spotted riding at the Wellington Horse Trials in Hook, Hampshire and en route to a visit to see the Queen at Balmoral, Zara rode in a three-day Somerford Park event.

Speaking as a Land Rover ambassador, the mother of two said: ‘The first time around my body was in so much shock. It was like, ‘”what the hell have you done to me?”‘ before adding: ‘But I’ve recently done a couple of competitions and it feels good actually.’

The Queen’s granddaughter, Zara Tindall, 37, told sports pundit David Flatman that her body went into ‘so much shock’ after giving birth on June 18th that getting back on a horse in the weeks after baby Lena’s arrival was difficult 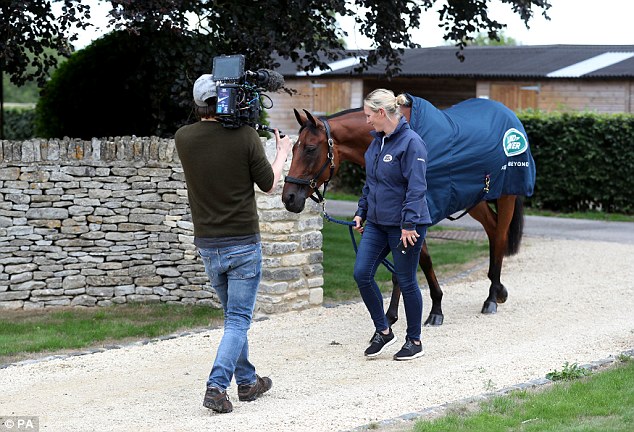 However, the royal, pictured in her role as a Land Rover ambassador, revealed her thirst for competing in a second Olympics hasn’t faded; the mother-of-two, who’s married to former rugby star Mike Tindall, says she’s already competed in a couple of horse trials

The royal won a silver medal with the GB equestrian team at London 2012 and said the desire to compete at the highest level is still strong.

In a light-hearted video for the car brand, she told interviewer David Flatman, who she referred to as ‘Flats’: ‘To be in London, the crowd, the whole Olympic experience, I can’t tell you, it gives me goose bumps talking about it. It is incredible.’

The interview took place ahead of the Burghley Horse Trials this weekend and sees Flatman pick up Zara and her two dogs from the Cotswolds home she shares with Mike, before they head off to one of Zara’s favourite local dog walking spots.

En route, the pair joke about Zara and Mike’s daughters taking up ‘golf or tennis’ instead of eventing or rugby, the sports their parents excelled in. 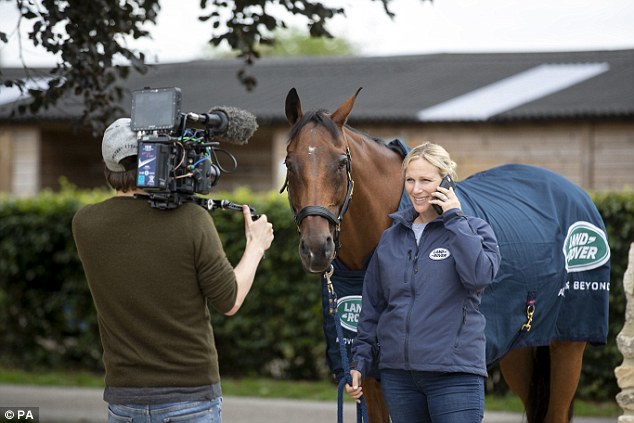 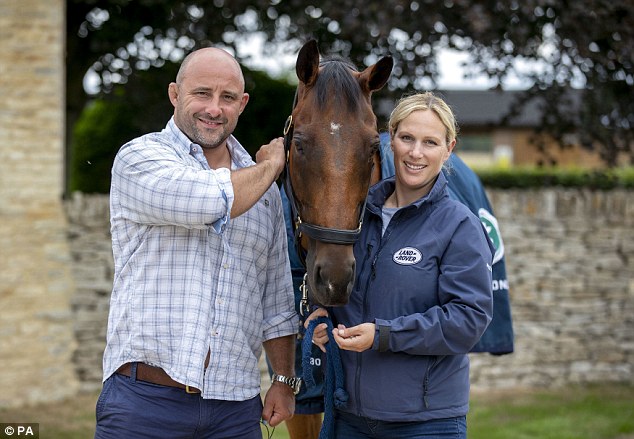 Pictured with sports pundit David Flatman, the 37-year-old shared she thought “what have you done to me?’ after going through labour with daughter Lena and feeling her body ‘in shock’ when she tried to ride a horse again 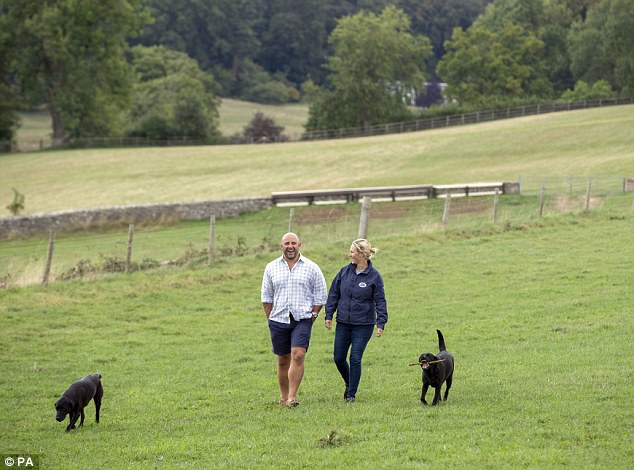 The royal strolls through a favourite dog-walking spot close to the Cotswolds home she shares with her husband Mike, 39, daughter Mia, 4 and new arrival Lena, ten weeks

Earlier this month, the 37-year-old royal looked delighted to be back in the saddle as she competed on her horse, Class Affair, at the three-day Somerford Park Horse Trials.

It’s the first time that the royal, who won a silver medal in the London Olympics in 2012, has ridden at an official event since she welcomed Lena.

The new family of four also spent several days staying at the Balmoral in August, enjoying the sprawling Scottish country estate with Mia and newborn Lena.

The Queen’s granddaughter gave birth to baby Lena on June 18th after miscarrying twice following the birth of the couple’s elder daughter Mia in 2014. 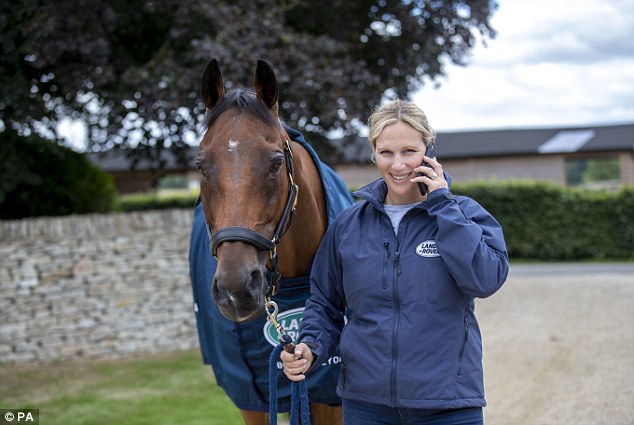 Zara explained how women’s abdominal muscles separate during pregnancy to make room for the baby, which can make horseriding, a sport that relies on a strong core harder to take up again 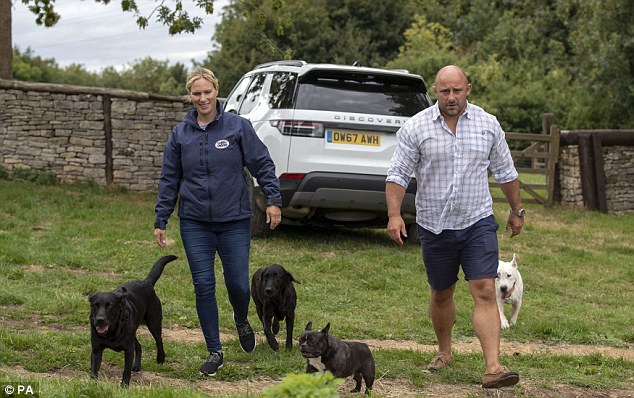 The jovial encounter, in which Zara called the sports pundit by his nickname ‘Flats’, saw the pair discussing potential sports for her young daughters as they grow up. Far from suggesting equestrian and rugby, which Zara and Mike have excelled in, they joked they’ll probably play ‘golf or tennis’

This month, Zara revealed for the first time that she had suffered the second miscarriage ‘really early on’, and had never announced it to the public.

She explained: ‘You need to go through a period where you don’t talk about it because it’s too raw,’ she told The Sunday Times of her decision to keep the news private.

It’s not clear when Zara’s miscarriage occurred, but it would have happened between December 2016 and October 2017 when she fell pregnant with Lena.

The royal added that the hardest part of her first miscarriage, in December 2016, was having to tell the world, but found comfort in people writing to her saying they had been through the same experience.