A ‘vanlife’ family who were stranded in the South Australian outback for five days have assured their followers they are safe and well as they finally head home.

Orios and Lindsey Zavros along with their children Zoe, three, and Zane, two, were travelling through the Simpson Desert when their van became bogged amid heavy rain on Friday morning.

Efforts to rescue the family, who live in Perth, were hindered by bad weather but a helicopter was finally able to winch them to safety just after 4pm on Tuesday.

Posting to their Instagram page Trucking OZ, Mr and Mrs Zavros thanked those who were supporting them during the terrifying five-day stint stuck in the desert.

Orios and Lindsey Zavros along with their children Zoe, three, and Zane, two, were travelling around the Simpson Desert when their van became bogged amid heavy rain on Friday morning. (pictured is the family with rescue workers)

‘We are safe! We have so many people to thank, so many messages and emails etc to reply to,’ the family wrote.

‘We will reply to every one of you soon.

‘Right now our priority is making sure Zoe and Zane are comfortable and finding a way home asap.’

Police confirmed the family were airlifted to Coober Pedy where they stayed the night and will now make their own way back to Perth.

A paramedic was on board the helicopter as a precaution but there were no reports of anyone being injured.

Mr Zavros said they feared they could have been stranded in the desert for weeks as the bad weather lingered and temperatures soared above a scorching 40C.

‘It’s been emotional, a bit of a rollercoaster but we got through it,’ he told the ABC. 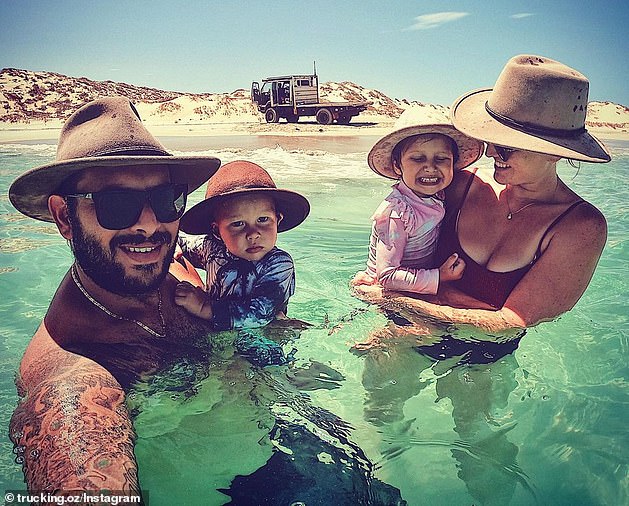 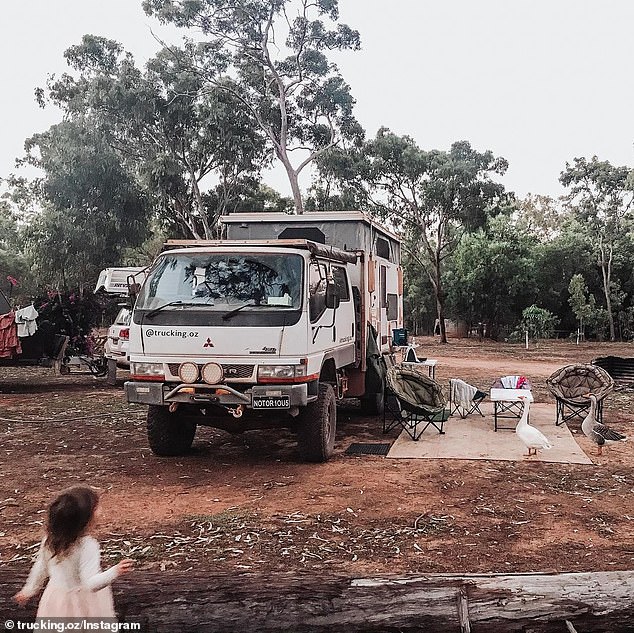 The family have been travelling around Australia in their campervan

The family had set off their emergency beacon at about 10am on Friday.

The Australian Maritime Safety Authority were able to send a plane from Melbourne to drop essential supplies over the weekend which included a phone to call to Mr Zavros’ parents, nappies, DVDs and food and water.

‘As soon as they dropped that sat phone to us, we were safe,’ he said.

The family developed a daily routine while stuck in the outback, including morning and afternoon walks, snacking on icy poles and watching a lot of Bluey on DVD.

‘I don’t regret it, it was an adventure — I wouldn’t do it again,’ Mrs Stavros said.

The AMSA and SA Police had coordinated a rescue effort, which initially planned to dig the campervan out of the mud so the family could make their own way out.

However, they resigned to flying the family out of the area after digging no longer seemed like a feasible option due to bad weather. 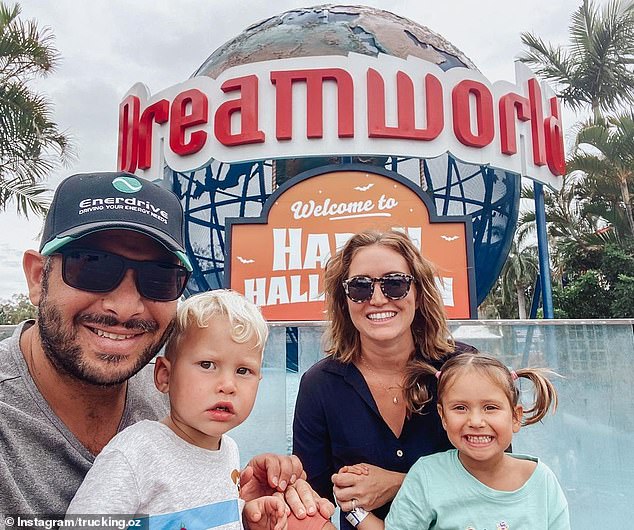 Orios, Zane, Lindsey and Zoe Zavros (pictured) have been travelling around Australia in a campervan

Mr Zavros’ mum Theo and dad Lagis Zavros spoke with their son and his family on ‘a very crackly satellite phone’ on Sunday.

They were hugely relieved to find the family was coping well with their predicament.

‘If you could pick the worst place in Australia to break down it would be there,’ Lagis Zavros told The West Australian.

Theo Zavros said the four-hour wait to get confirmation her family was safe was ‘hectic and horrible’.

She said three-year-old Zoe and two-year-old Zane were both coping well, but that the older child is more sensitive and understands some of what is going on.

Zane told his grandmother on the call: ‘Yaya, I love you’. Yaya is Greek for grandmother.

Just hours before the disaster, the Zavros’ posted on Instagram announcing how excited they were for the next leg of their journey.

‘After three days of driving, we made it!’ they wrote, sharing a photo of their van parked at Birdsville, near the Queensland-South Australian border.

‘Bring on the Simpson Desert.’ 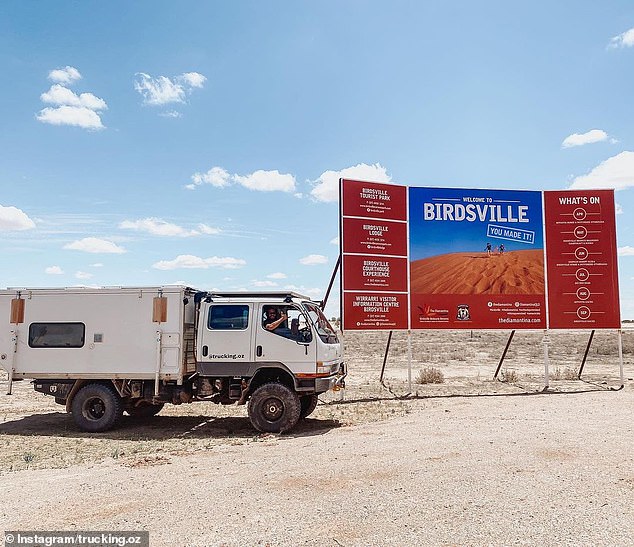 The family shared a photo of themselves in Birdsville, Queensland on Thursday, writing: ‘after three days of driving, we made it! Bring on the Simpson Desert. 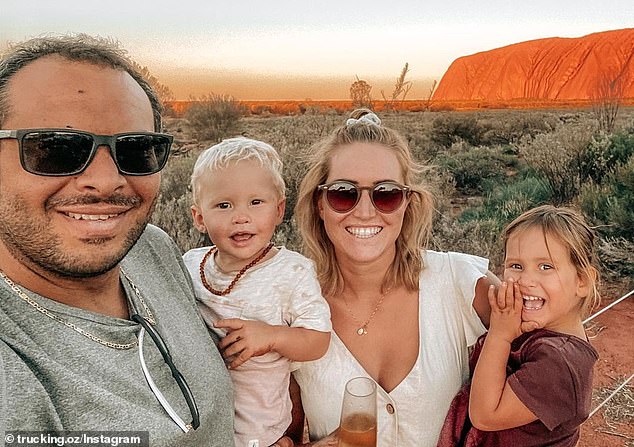 Posts on the family’s Instagram account shows little Zane and Zoe enjoying a swim in Fraser Island, a paddle-board in the Whitsundays and moments of everyday life in the van

The cold front responsible for the heavy showers hit South Australia on Wednesday, bringing gale-force winds and a near-record amount of rain.

The wild weather caused power outages in Adelaide and the Alberga River in the state’s far north to flow for the first time in 18 months.

The family has been careening across Australia since November 2020, with the modified vehicle taking them from the west coast of WA, across the south and east of South Australia, Darwin, and Queensland.

They documented their outback adventures in their ‘truck and home built camper’ on an Instagram account Trucking Oz.

The account boasts more than 6,000 followers with an accompanying YouTube channel also giving followers an inside look at the highs and lows of van life.