Zayn Malik and his supermodel girlfriend Gigi Hadid have reportedly gone their separate ways after more than two years together.

According to The Sun, the high profile couple – who were at one point rumoured to be engaged – made the decision to split after their busy schedules added pressure to their relationship.

A source told the newspaper: ‘They are no longer a couple but they do remain close and are supportive of each other. The reality is that they’ve grown apart, having been together for a long time. They have crazy work schedules that would put pressure on any relationship.’

Going their separate ways: Zayn Malik and his supermodel girlfriend Gigi Hadid have reportedly split after more than two years together. Pictured in April 2017

The source continued: ‘This is definitely the end for now, but this isn’t a bitter split and they both have respect for each other.

‘It’s a mutual decision so no one has completely ruled out a reunion in the future, but for now that’s not where their heads are at.’

On Tuesday afternoon, former One Direction heartthrob Zayn raised eyebrows when he shared a cryptic post on Instagram, which read: ‘When Life throws you lemons , catch em so they don’t hit you in the f*****g face.’

Fans recently speculated over whether or not Zayn had Gigi’s eyes tattooed on his chest after he posed shirtless in a previous social media video. 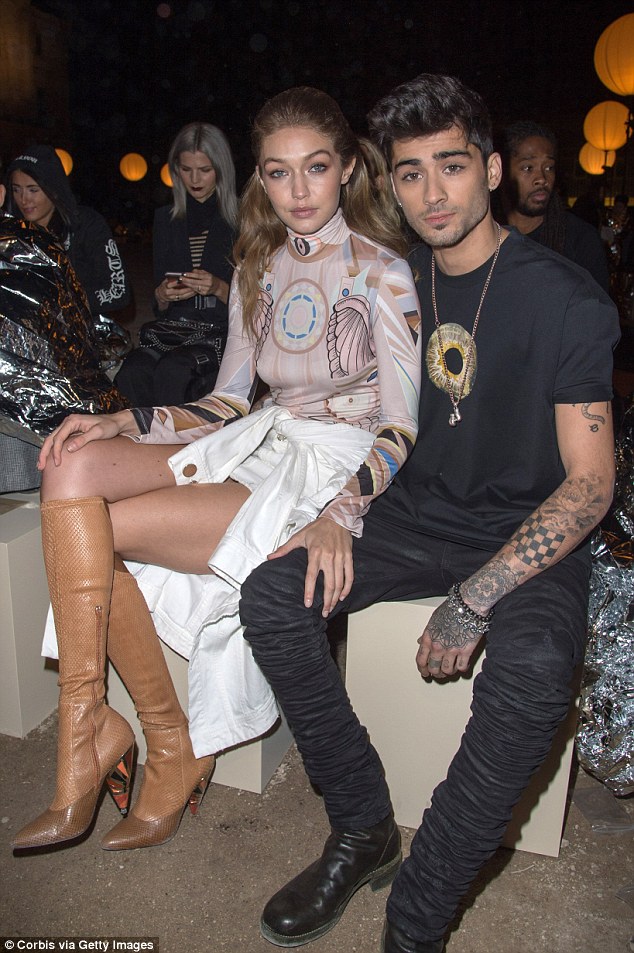 The former lovebirds recently spent a lot of time apart – and were last pictured together at the end of January – as Gigi concluded her run at Paris Fashion Week following her stint in Milan alongside sister Bella.

Zayn had been dating the supermodel since January 2016, six months after he broke up with Little Mix singer fiance Perrie Edwards, 24.

Zayn and Gigi’s romance had gone from strength to strength with her mother Yolanda, admitted that she is happy to see her daughter so in love and will always be there to support the millennial power couple through it all. 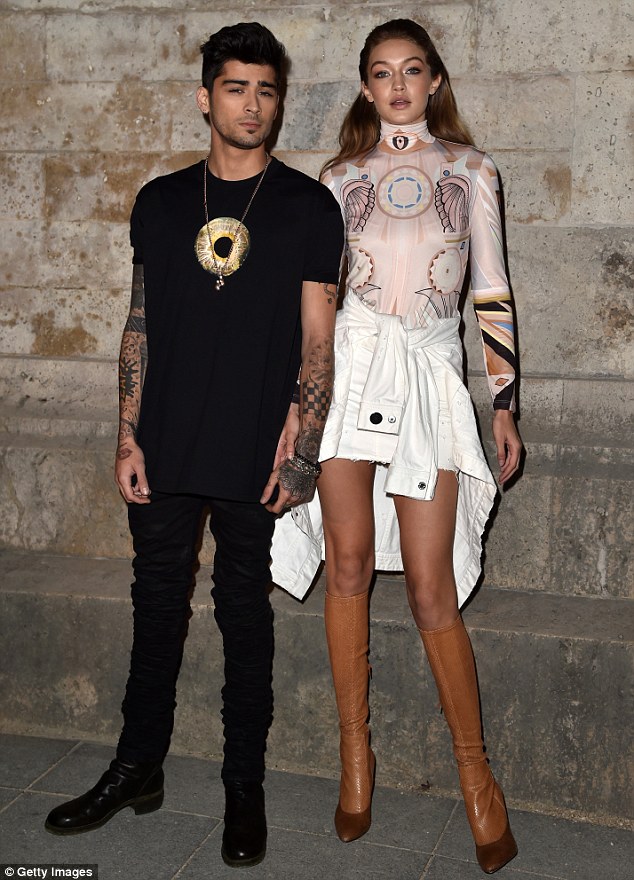 Ex factor: The former lovebirds had been one of Hollywood’s most high profile young couples