Ukrainian President Volodymyr Zelensky on Wednesday accused Russia of ‘following the concept of’ Nazi Germany in spreading disinformation about his country, which has been under attack by Moscow for 70 days.

It comes after Russian Foreign Minister Sergey Lavrov compared Zelensky, whose Jewish ancestors died in the Holocaust, to Adolf Hitler.

The wartime leader likened the Kremlin’s ‘methodology’ to that of infamous Nazi propagandist Joseph Goebbels in an interview with Fox News.

‘They are following the same concept of Goebbels, and they’re using the same methodology,’ Zelensky said.

But Lavrov’s latest in a series of conspiratorial claims had a ‘weak’ impact on other world leaders, he added.

Vladimir Putin’s top lapdog sparked outrage in Israel earlier this week when he said Hitler had ‘Jewish origins’ during his defense of Russia’s brutal invasion.

Lavrov also reiterated his boss’ claims that Ukraine’s government was overrun by ‘Nazis’ — a claim Putin used to launch his unprovoked assault on February 24.

When asked on Italian television about Russia’s stated goal to ‘denazify’ Ukraine, Lavrov answered: ‘When they say “What sort of nazification is this if we are Jews”, well I think that Hitler also had Jewish origins, so it means nothing.’

‘For a long time now we’ve been hearing the wise Jewish people say that the biggest anti-Semites are the Jews themselves,’ he said through an interpreter, according to Reuters.

Government officials in Canada, the US, Italy and Germany were quick to condemn the comments. Israel summoned Russia’s ambassador to demand an apology.

Israeli Prime Minister Naftali Bennett called for ‘the use of the Holocaust of the Jewish people for political purposes’ to ‘stop immediately.’

‘Such lies are intended to accuse the Jews themselves of the most horrific crimes in history that were committed against them,’ Bennett said in a statement.

Blinken and US Defense Secretary Lloyd Austin visited Zelensky in Kyiv last month to discuss continuing American aid in their fight against Russia. And over the weekend, House Speaker Nancy Pelosi led a Congressional delegation to Ukraine and Poland to meet with leaders in both countries. 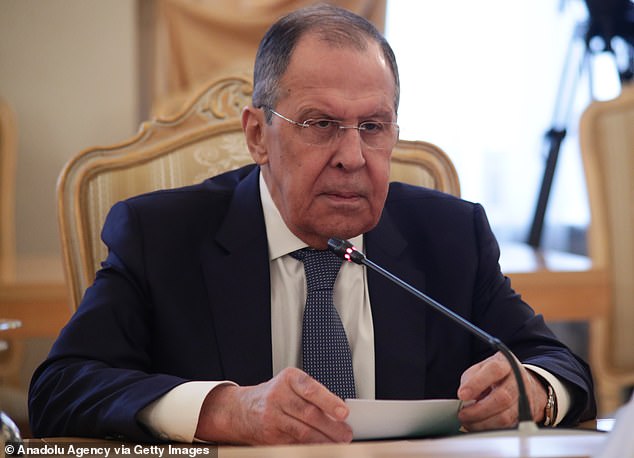 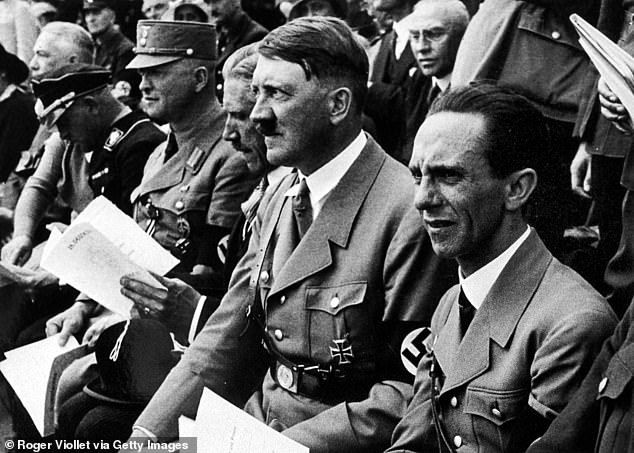 Zelensky instead compared the Kremlin’s disinformation efforts to those of Nazi Germany’s chief propagandist Joseph Goebbels (right, next to Adolf Hitler)

Pelosi’s trip, the highest-profile by a US official since the war began, comes as President Joe Biden is pushing Congress to green light an additional $33 billion in aid to Kyiv — more than double the previous $13.6 billion package.

Asked if Biden himself should visit, Zelensky said it would be ‘good for him to be here,’ though he added: ‘If it’s possible, I don’t know.’

Zelensky spoke with Fox for roughly an hour the same day Ukraine’s fight to keep hold of Mariupol took a potentially tragic turn on Wednesday.

Kyiv’s military said it has lost contact with the last fighters left in the eastern Ukrainian city’s Azovstal steel plant as the complex is under bombardment by Russian shelling.

Zelensky said Russia’s aim was to slaughter ‘everybody’ in the plant.

Recent footage emerged of what appears to be Russians using thermobaric rockets, also known as vacuum bombs, on Azovstal — where Ukraine says injured and innocent civilians are still hiding under defenders’ protection. 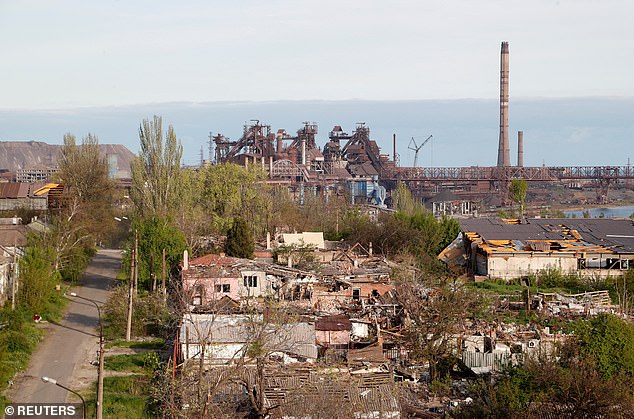 Moscow had broken a ceasefire after 100 civilians were allowed to escape the steel plant, resuming shellfire after accusing Ukrainian fighters of taking advantage of the pause in fighting.

‘The United Nations together with the International Red Cross are doing this together to help the evacuation of our people,’ Zelensky said on Wednesday.

‘However I told them that Russia wishes to destroy everybody who is still in the Azovstal steel plant.’

More than 10,000 civilians have been killed in Mariupol so far under Russia’s occupation, the besieged city’s mayor said last month.

Asked if he had a message for Americans reading his interview, Zelensky said that his troops were fighting for ‘much the same’ principles the US was founded on.

Their defense is ‘not about only us and Russia but we fight on our land for the principles which Washington gives the meaning much the same,’ the Ukrainian president said.

‘The principles that you share and that’s why we need your support and I’m sure that will win.’