Zendaya has reflected on the ‘outrageously offensive’ comments Giuliana Rancic made about her dreadlocks at the 2015 Academy Awards.

Then aged just 18, the actress was seen sporting a new hairstyle as she took to the red carpet at the prestigious event, prompting Rancic to remark that her tresses looked like they ‘smell like patchouli oil or weed’.

And now actress Zendaya, 24, is looking back on both the controversy and positive change surrounding the comments, which came months before Rancic, 46, would step down from her role on E! News.

Reflecting: Zendaya has reflected on the ‘outrageously offensive’ comments Giuliana Rancic made about her dreadlocks at the 2015 Academy Awards. Pictured at the 215 Academy Awards

In the aftermath of the furore, Mattel created a Zendaya-inspired Barbie doll, which wore a replica of her ivory dress sported at the Oscars – and the same hairstyle.

‘That’s how change happens,’ she told W. ‘And it made me think, How could I always have a lasting impact on what people saw and associated with people of colour?’

Back in 2015, Zendaya spoke out about Rancic’s comments, saying in a statement: ‘There is a fine line between what is funny and disrespectful.

‘Someone said something about my hair at the Oscars that left me in awe. Not because I was relishing in rave outfit reviews, but because I was hit with ignorant slurs and pure disrespect.’ 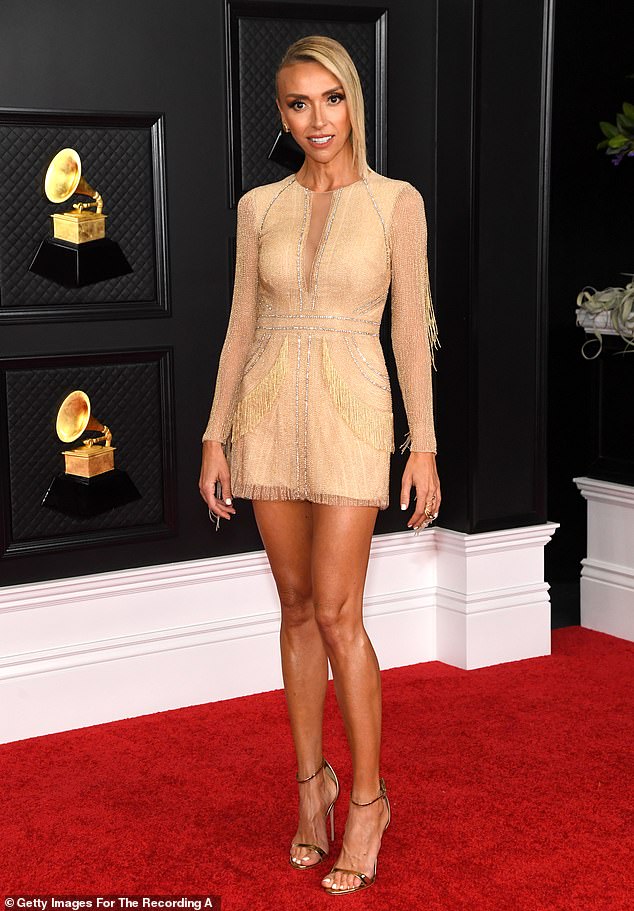 Controversial: Giuliana Rancic (pictured on Sunday) sparked controversy when she remarked at the time that Zendaya’s tresses looked like they ‘smell like patchouli oil or weed’

She added: ‘To say that an 18-year-old young woman with locs must smell of patchouli oil or “weed” is not only a large stereotype but outrageously offensive.

Rancic later apologised, tweeting: ‘I’m sorry I offended you and others. I was referring to a bohemian chic look. Had NOTHING to do with race and NEVER would!!!’

While Zendaya said she appreciated Rancic’s apology for saying her dreadlocks must have smelt of ‘weed’ and ‘patchouli oil’, she criticised the nature of Fashion Police.

‘Body shaming and other hurtful tactics will never get the job done,’ Zendaya said in a statement, adding that she was ‘glad’ it was a learning experience for Rancic and the E! Network. 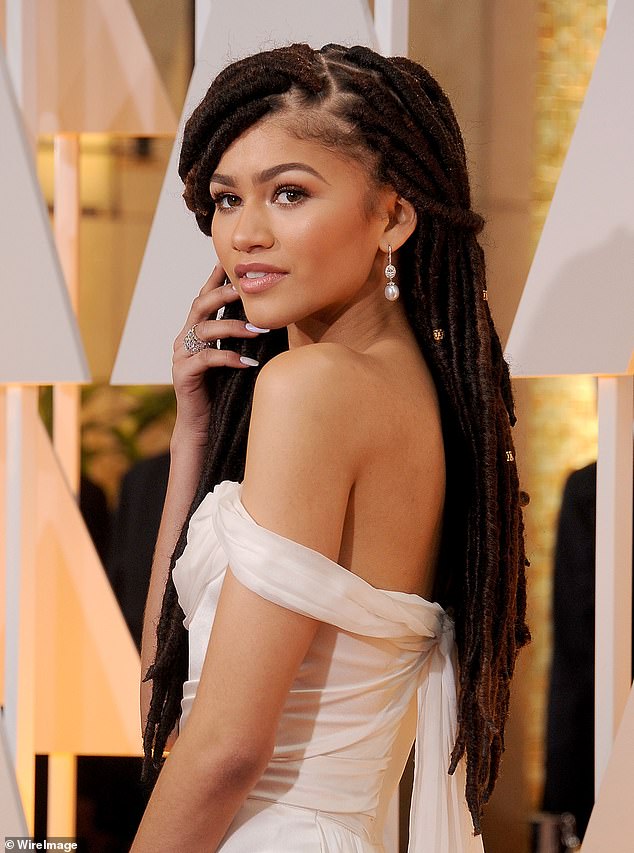 Zendaya added in her statement: ‘Giuliana, I appreciate your apology and I’m glad it was a learning experience for you and for the network. I hope that others negatively affected by her words can also find it in their hearts to accept her apology as well.’

Zendaya also revealed that she had initially planned to respond to Rancic’s comments in an angry manner, before thinking better of it.

‘Instead, I sat for two hours on my phone, doing my research and formulating an educated response,’ she said. 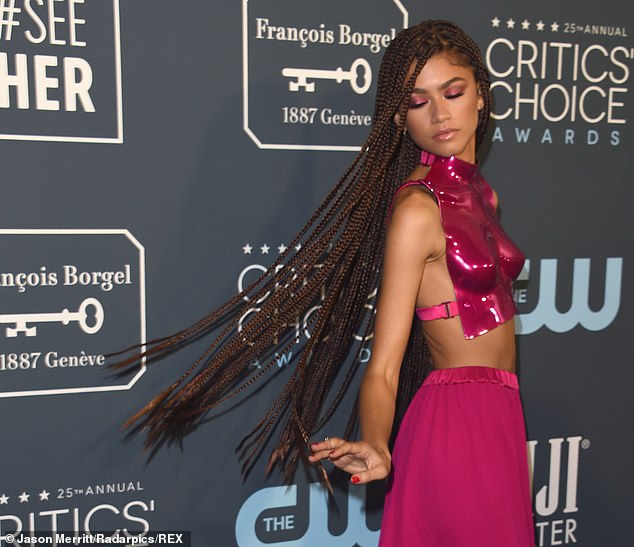 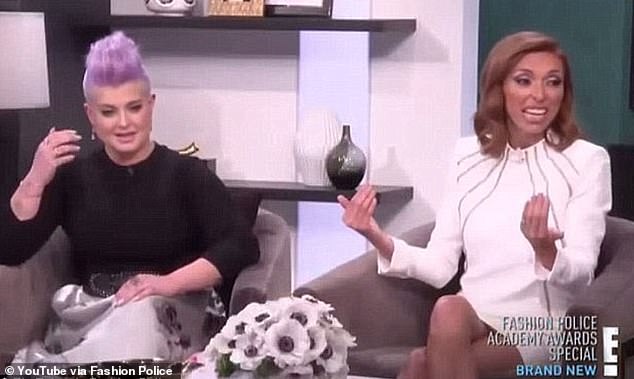 Since that time Fashion Police co-host Kelly Osbourne quit the E! show in protest amid the scandal.

Giuliana would make a statement on air about her comments, saying: ‘I’d really like to address something that’s weighing really heavy on my heart. I want to apologise for a comment that I made on last night’s Fashion Police about Zendaya’s hair.’

‘As you know, Fashion Police is a show that pokes fun at celebrities in good spirit, but I do realise that something I said last night did cross the line.’

‘I just want everyone to know that I didn’t intend to hurt anybody, but I learned it’s not my intent that matters,’ Rancic continued. ‘It’s the result. And the result is people are offended, including Zendaya. And that is not okay.’

‘Therefore, I want to say to Zendaya, and anyone else out there that I hurt, that I’m so sincerely sorry,’ she concluded. ‘This really has been a learning experience for me.

‘I learned a lot today and this incident has taught me to be a lot more aware of cliches and stereotypes, and how much damage they can do.’

‘And that I am responsible, as we all are, to not perpetuate them further. Thank you for listening.’ 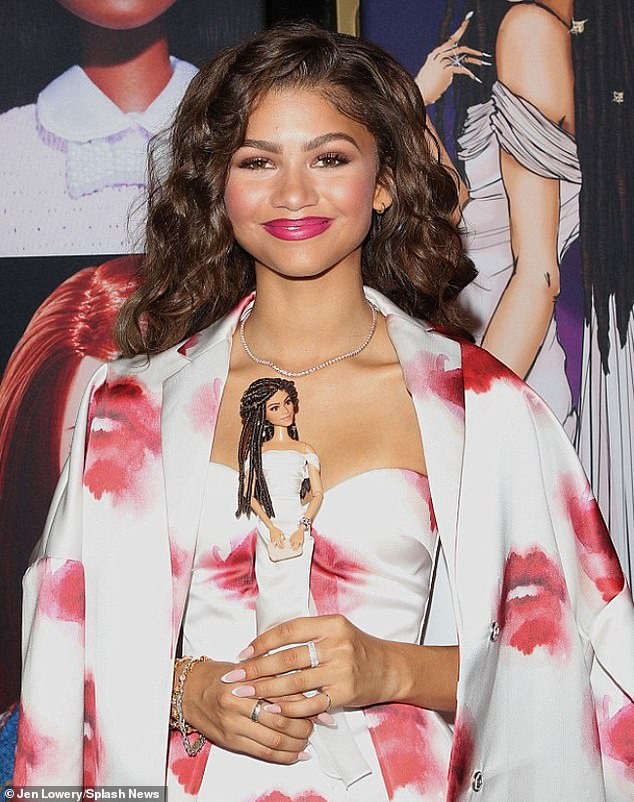 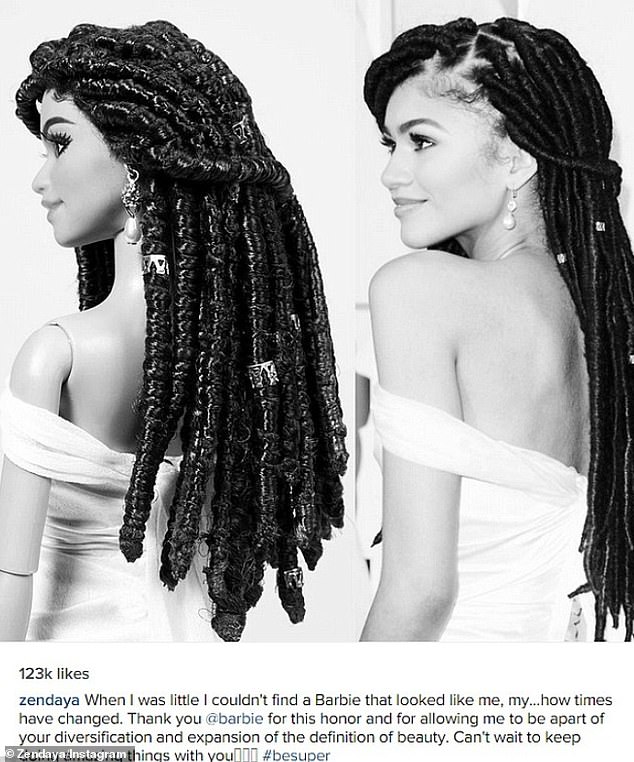