‘We are not the favourites of anything’: Zinedine Zidane insists it’s a toss of a coin as to who wins the Champions League final in Kiev

Real Madrid boss Zinedine Zidane has insisted it’s a toss of a coin as to who wins the Champions League final on Saturday night.

Zidane’s side are favourites to win their 13th European Cup, however he has played down their chances.

‘We don’t feel that way. It’s not the truth. This is another final, ‘ Zidane said in his pre-match press conference on Friday.

Zidane took his players through a training session at the NSK Olimpiyskiy Stadium on Friday as they continued their final preparations ahead of the showpiece.

Ronaldo made his comeback from an ankle injury in Madrid’s 2-2 draw at Villarreal last Saturday. 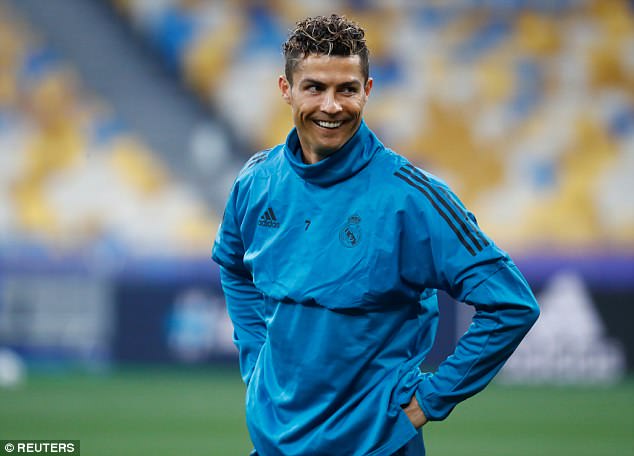 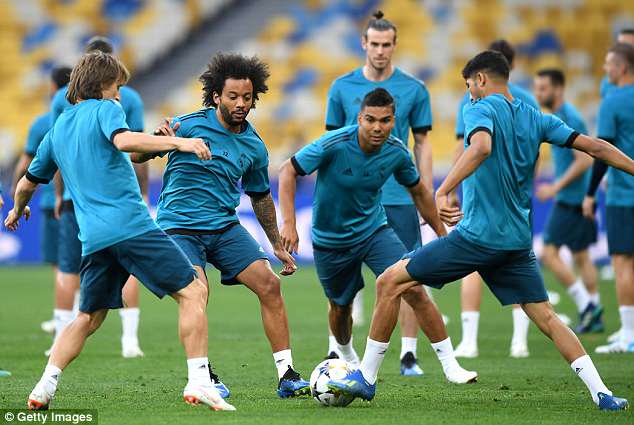 On Ronaldo’s fitness, Zidane said: ‘He is doing great. If he is doing 140 per cent that is great too! You have to know that he lives for these matches. This is what makes him tick.’

In recent weeks Gareth Bale has made his case to start the final after not getting the nod against Bayern Munich at the semi-final stage.

Zidane did not reveal whether Bale will be in the starting XI but insisted players on the bench are important to the team. 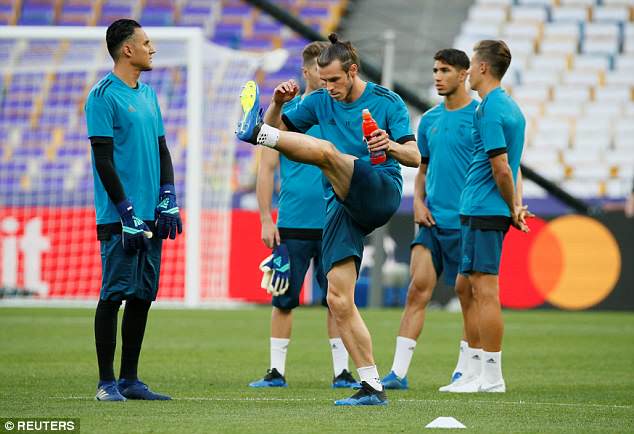 ‘Players might be disappointed but if they are on the bench they are part of the team. They contribute in some way to the team. That is very important,’ he said.

‘This is the worst moment for a coach when you have to make that choice when you are playing in a final. Some will not even put their jersey on. Players know that.

‘I have to take that responsibility on. It is my job to do that.’