Zinedine Zidane admits Real Madrid job is on the line

Zinedine Zidane admits his job will be on the line when Real Madrid face Paris Saint-Germain in the Champions League, following their embarrassing Copa del Rey exit.

Zidane’s team failed to muster a single shot on target in the first half against Leganes on Wednesday night, and lost 2-1 on the night crashing out 2-2 on away goals.

That defeat is the latest in a string of below-par performances by Madrid, who trail Barcelona by 19 points in La Liga — and they face an uphill task of winning the league this season. 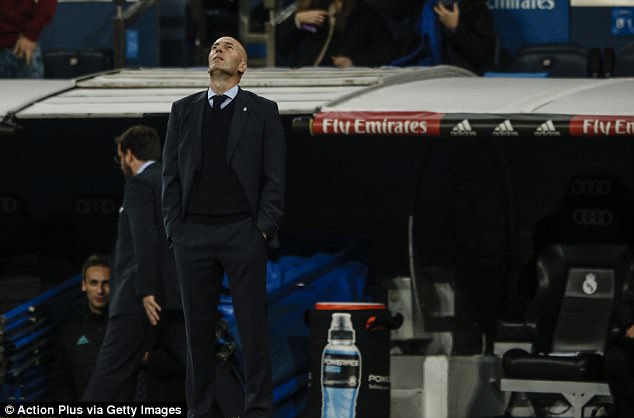 The Champions League appears to be their best chance of winning silverware this season — but Zidane admits his fate will be decided by the two-legged showdown with the French giants.

‘Of course. That is really clear,’ Zidane said when asked if his job was on the line. ‘I am responsible for this, I’m the coach.

‘So I must find solutions. I must take on the situation. I will keep always fighting, keep working, try and look for things to make the team better. Nothing more.

‘I don’t regret leaving out players. Some players needed to rest. On paper this was a competitive team, then in the first half no, we did not compete.’ 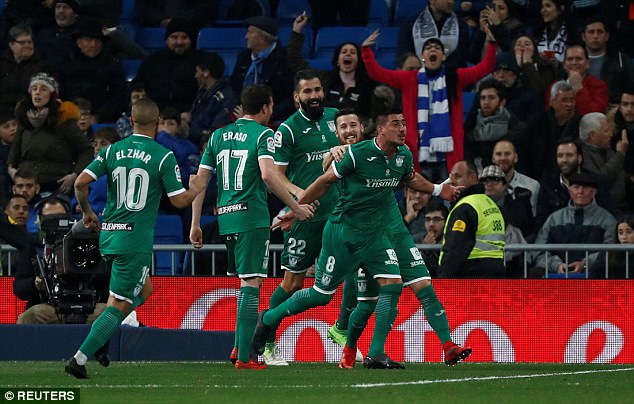 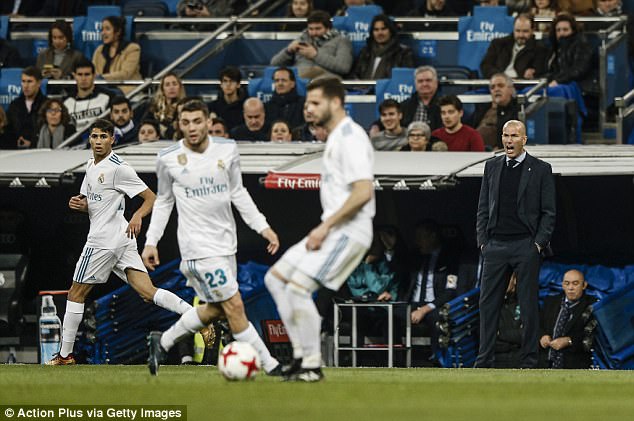 The French coach, who rested Cristiano Ronaldo and Gareth Bale on a night when Madrid had to defend a slim 1-0 first-leg lead said: ‘Of course I’m responsible. This is a failure for me.

Zidane won five trophies last year but his team are now 19 points off the pace in La Liga and must beat Paris Saint Germain in the Champions League next month to save their season and the coach’s job.

Leganes’ goalscorer Gabriel said: ‘I don’t know what to say. Nobody believed this would happen. I can’t put into words how it felt to score the winner. I was smiling when I saw the ball go in. Madrid tried but they couldn’t get their second goal. I just hope our supporters enjoy this famous win.’ 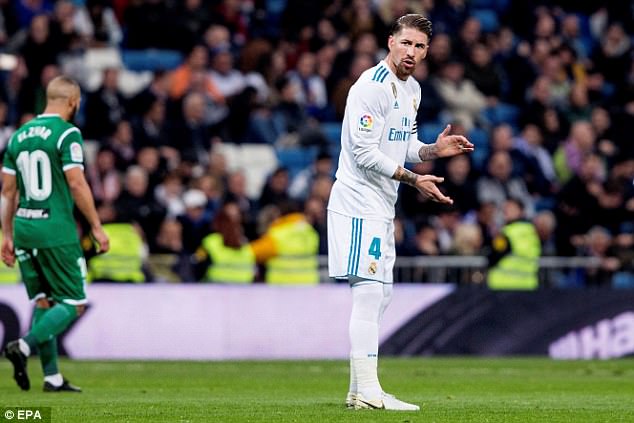