Real Madrid coach Zinedine Zidane played down reports linking him with an exit from the club following his side’s 1-0 victory at Athletic Bilbao on Sunday.

The win means Real go into the final day of the season still in the title race, two points behind league leaders Atletico Madrid who have 83.

Zidane’s side host Villarreal next Sunday on the final day of the season and the Frenchman insisted that is the only thing he and the team are focusing on.

Some local media reports earlier in the week suggested he has already told the players he is leaving the club at the end of the season – something he denied.

‘How could I tell the players I’m leaving now? We’re giving our everything for the title and I just say ‘by the way, I’m off’?,’ Zidane said.

‘People outside the club can say whatever they like, but I would never, ever say that to my players.’ 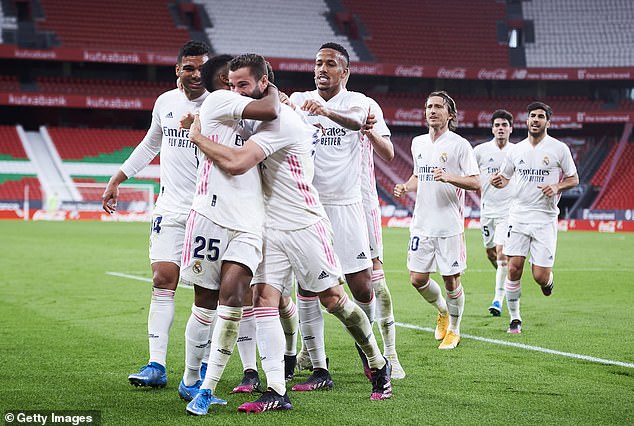 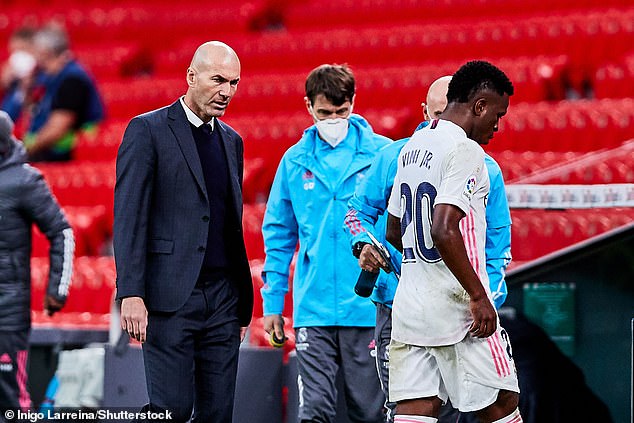 Zidane is in his second spell at Real, having won three consecutive Champions League titles in his first between 2016 and 2018.

He returned a year later after Julen Lopetegui and Santiago Solari were both fired by president Florentino Perez, and lifted the La Liga title for the second time as a coach in the 2019-20 season.

However, should he end this season without silverware then his position might come under threat.

‘At the end of the season then we’ll see what happens, but right now we’re focused on our final game,’ Zidane said.

‘We can’t just keep talking about my future. The last game of the season is far more important than that.’