‘It’s a Champions League game… our reputation is on the line’: Zinedine Zidane urges Real Madrid players not to underestimate Brugge… despite final group game being a dead rubber

Zinedine Zidane insists reputations are at stake against Club Brugge even though Real Madrid are already assured of a place in the Champions League knockout phase.

Group A leaders Paris Saint-Germain cannot be overtaken in the final round of games, while Brugge and Galatasaray are fighting for Europa League qualification.

Zidane fears that Real will pay the price if they fail to take Brugge seriously. 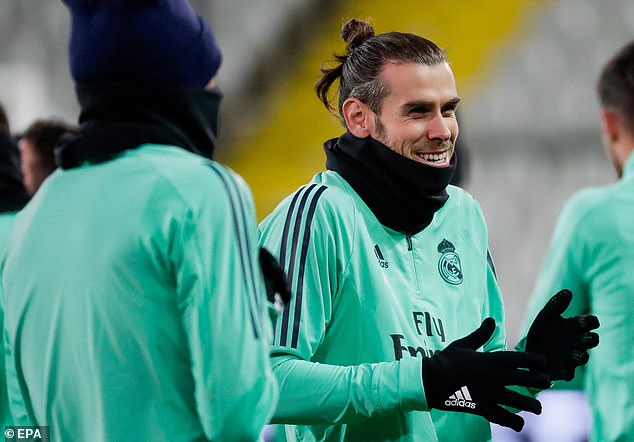 ‘The message is always the same and that’s that we want to put in a good performance. That’s all there is to it,’ Zidane said.

‘I don’t like friendly games. It’s a Champions League game and our reputation is on the line. We always want to play good football and keep our good run going.

‘Not on account of the result, which is down to our good performances, but because we want to play well and do things properly. If we don’t approach it in that way, things will go badly.

‘It’ll be a really tough game. Brugge are playing to qualify for the Europa League as the third-placed team, but for us it’s a Champions League game and not a friendly. 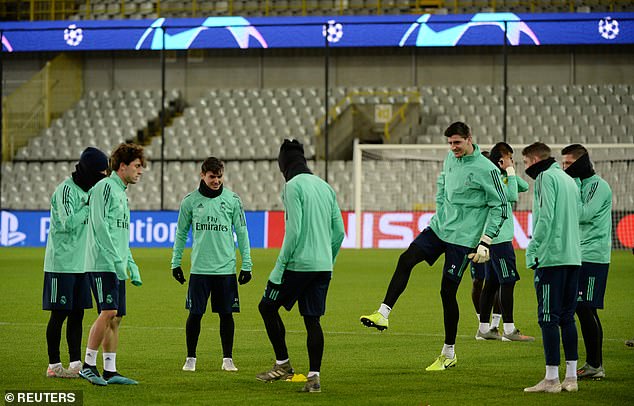 ‘That’s why we want to win it, but we know just what a quality side the opposition are. We’re ready. Some of them will play, now is their time.’

Real face Barcelona in the El Clasico a week later but Zidane is refusing to be caught up in the excitement building towards the game’s most prestigious fixture.

‘I don’t know anything about El Clasico and the only thing that I and everyone else is interested in is tomorrow (Wednesday) night’s game,’ he said.

‘The only thing in our heads is tomorrow’s game. Everything else will come in time and there’ll be time to talk about that.

‘There are some things that you can’t control. The only thing we can control is the football. There are a lot of opinions and I’m not going to get involved in that.

‘After this game we have three more matches before the end of the year, but right now the most important game is tomorrow night’s.’

Zidane revealed that striker Karim Benzema is available for selection, but playmaker Eden Hazard is missing for around six weeks because of an ankle injury.

‘I don’t think they’ll need to operate on Eden Hazard. His injury is under control and I hope that it’s less serious than expected,’ Zidane said.