Zinedine Zidane: What Real Madrid boss is like ahead of Champions League final

Zinedine Zidane is 90 minutes from Champions League history and what makes his achievements all the more incredible is the inauspicious start he made to life as a Real Madrid coach.

There were five almost consecutive defeats in the first month of his first season coaching the club’s youth team in 2014. Reporters and photographers were dispatched to one Castilla match because they had been tipped off that the axe was about to fall.

He was not going to be sacked but he was going to be reassigned somewhere else. His standing at the club meant that he could not be binned but it seemed clear he was no Pep Guardiola, much as the club wanted that to be the case. 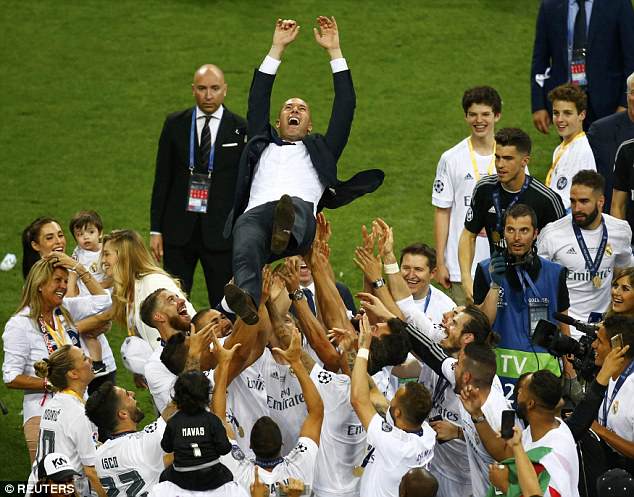 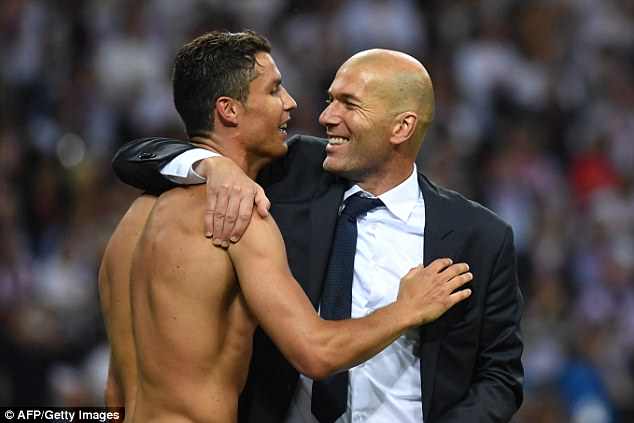 Guardiola had promoted the Barca youth team back into the third tier managing the talents of Sergio Busquets and Pedro in his only season in charge.

It was a gamble to hand him the first-team reins but at least there was some evidence he had something very special.

The only thing special about Zidane were the video clips of his playing days. And yet four years on he stands on the verge of a third Champions League – one more than Guardiola. 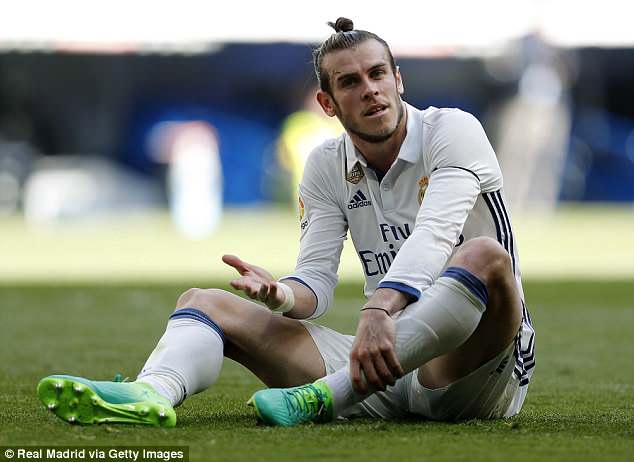 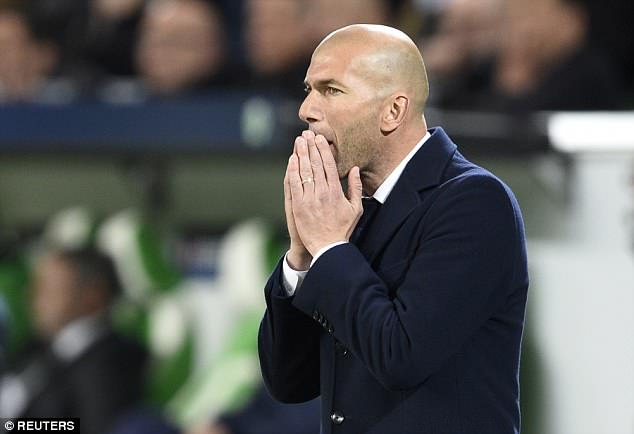 Despite enduring some difficult moments, Zidane has been hugely impressive at Real overall

The transformation has been steady. First he improved at Castilla. Five defeats became five games without a defeat. He improved things without ever taking the lower reaches of Spanish football, where Castilla still reside, by storm.

There was no word of a pay-rise. It almost seemed he was just being the loyal club employee coming in to deal with a mini-crisis caused by the players’ lack of confidence in Rafa Benitez.

When he took over from Benitez in January 2016 he was a breath of fresh air for many of the players who felt suffocated by the predecessor’s coaching style that they felt suited limited players but not great ones.

Some players had nicknamed Benitez ‘El Diez’ (The No 10). For some it was a affectionate if sarcastic monika but for others it was very much a dig at a coach who some Madrid media even claimed had tried to give Ronaldo tips on striking the ball. 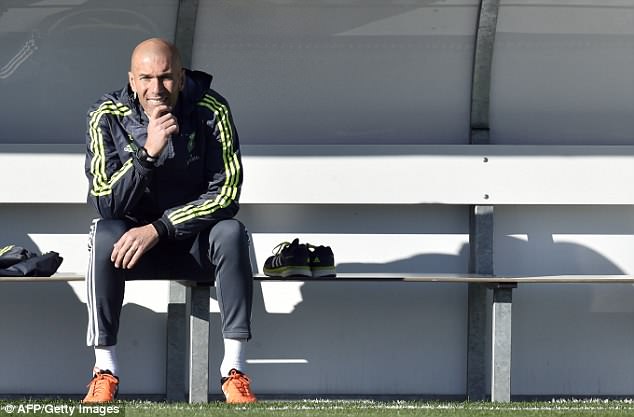 Benitez was followed by a real No 10, or at least by someone who could have played as a No 10 in any team in the world when he was in his prime.

The players were in awe of Zidane because of everything he had achieved although they were also aware of how he had underwhelmed in the youth team. There were still stories that his training sessions were limited and his ability to change the course of games mid-match was non-existent.

There was a honeymoon period and then a rude awakening.

In one 1-0 home defeat by Atletico Madrid he was totally out-thought by his opposite number Diego Simeone and, even worse, the players did not seem to be running for him. 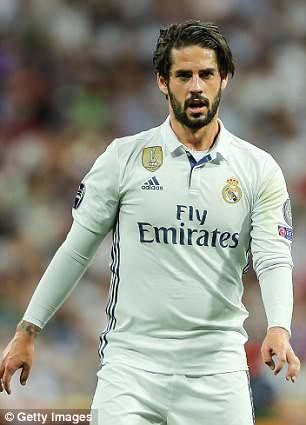 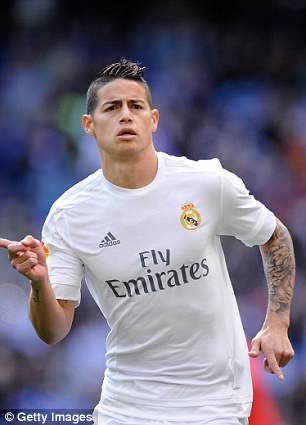 Atletico’s goal was replayed all through the following week with big circles marked around midfielders who were gazing admiringly at the Atletico Madrid team charging forward unchallenged. It seemed not only that Zidane was unable to tell his players where to run, he couldn’t make them run at all.

But that was to be one of his last major failings in the job.

What happened? In part it was just a case of no more Mr Nice Guy. Isco and James Rodriguez were no longer shoe-horned into the team at any cost. Zidane began to show that, as the old Spanish phrase regarding hard-nosed managers goes: ‘He doesn’t get married to anyone’.

He showed he had no favourites and far from setting him up against his players it earned him respect. In time he would also stop pronouncing that the BBC – Bale, Benzema and Cristiano – forward line was undroppable. He began to gain a reputation as a coach who would always pick a team on form and never be influenced by who he liked, or who the president Florentino Perez liked. Leaving Bale out was striking proof of that.

But just as easily as he could leave him out, he could recall him too. And without a thought for past differences he will play him on Saturday if he thinks it is the right decision. 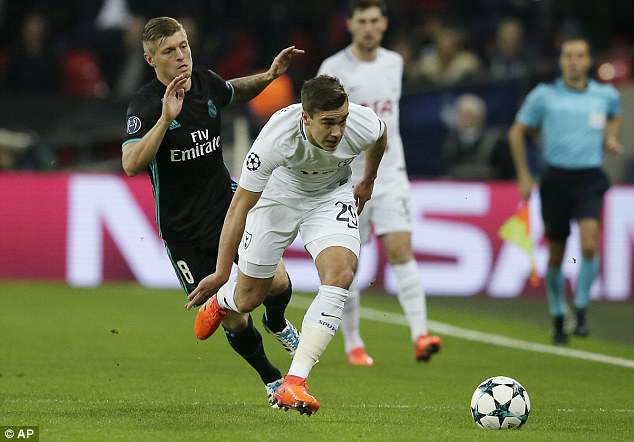 Under Zidane, Toni Kroos often drops back in between the centre-backs to influence play

He has shown himself to be flexible in terms of how he can play. He has drifted from the old 4-3-3 that won Madrid the Champions League two seasons ago to the 4-4-2 that won it last year against Juventus. And last weekend there were signs he sees a return to the 4-3-3 as the best way to hurt Liverpool’s sometimes fragile defence.

Against Villarreal in what looked like a dress-rehearsal XI for the final he played Isco, Ronaldo and Bale up-front in a very fluid front three and for the first 45 minutes of that game it looked devastatingly effective.

He has also tweaked his midfield. He plays the defensively inclined Casemiro as the holder between Toni Kroos and Luka Modric but he also recognizes Casemiro’s limitations on the ball, so it is actually Kroos who, more often that not, drops in between the centre-backs to get Madrid playing.

‘We know I’m not the best tactically in the world,’ he said in a press conference this week. ‘Because that is what you lot write all the time.’ Cue laughter from the assembled reporters. It is hard to recall a more popular coach both with fans and press. 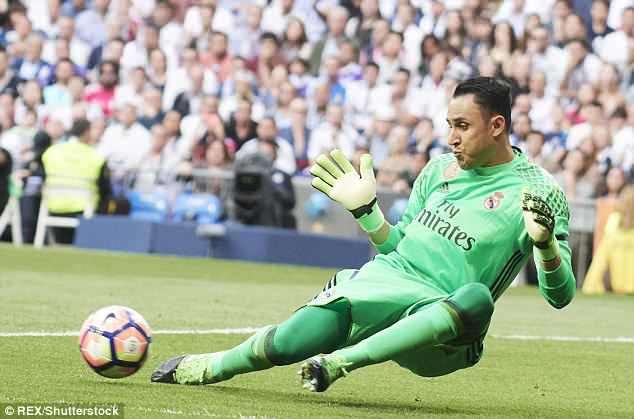 His tactical limitations have clearly been exaggerated as he said on Tuesday. ‘Just being an ex-player and therefore being able to get into the heads of my players would not be enough.’ To reach three Champions League finals, a Madrid coach clearly needs more.

His loyalty to his players perhaps remains his greatest strength. In January the club had more or less sat down and agreed to sign Athletic Bilbao and Spain keeper Kepa but Zidane vetoed the new arrival.

‘Keylor Navas is my goalkeeper’ he said both privately and publicly. It was a bold move because the Costan Rican was not in great form at the time. But being publicly defended by his boss gave him huge confidence and his performances have helped put Madrid in this final.

That bond between coach and players runs through this team. They go into their third final in three years together and if they do make history Zidane will have earned his place among the managerial greats.