Interior Secretary Ryan Zinke described a congressman as an out-of-control drunk on Friday after the Democrat wrote an op-ed calling for him to resign.

When the lawmaker saw the tweet, he was sitting in a Capitol Hill bar.

In his USA Today essay, Rep. Raúl Grijalva wrote that the Interior Department needs ‘credible leadership, and he offers none. He needs to resign.’

Zinke fired back in a statement he posted on Twitter: ‘It’s hard for him to think straight from the bottom of the bottle.’

‘This is coming from a man used nearly $50,000 in tax dollars as hush money to cover up his drunken and hostile behavior. He should resign and pay back the taxpayer for the hush money and the tens of thousands of dollars he forced my department to spend investigating unfounded allegations.’

Zinke’s tweeted jab ended with the hashtag ‘#Tuneinnformore.’ The Tune Inn is a popular bar on Capitol Hill in Washington, D.C. Grijalva was inside the bar when he read the tweet, according to E&E News.

Interior Secretary Ryan Zinke stunned Washington by calling a congressional critic a drunk, saying that ‘[i]t’s hard for him to think straight from the bottom of the bottle’ 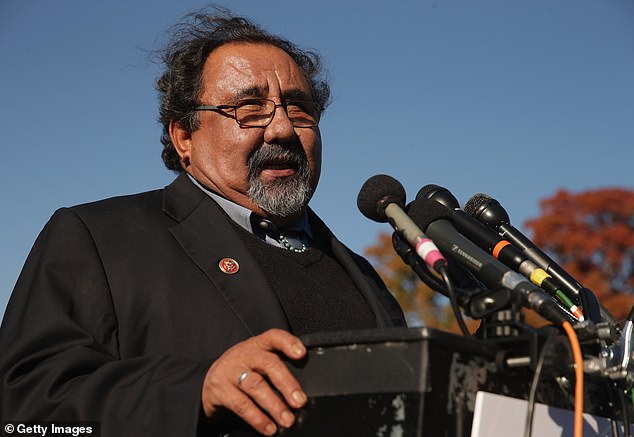 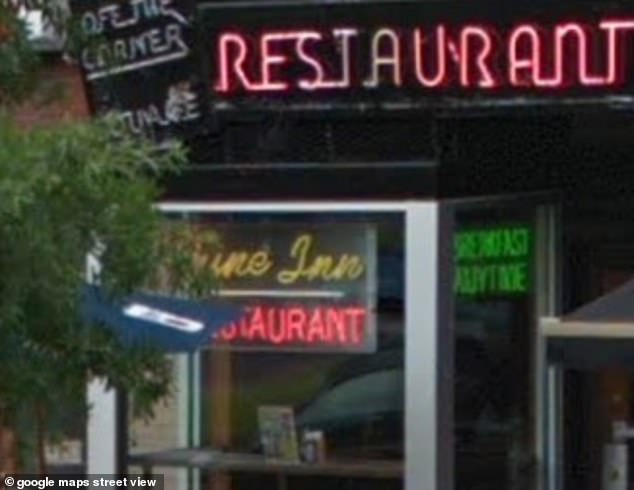 Zinke’s tweeted jab ended with the hashtag ‘#Tuneinnformore.’ The Tune Inn (pictured) is a popular bar on Capitol Hill in Washington, D.C. 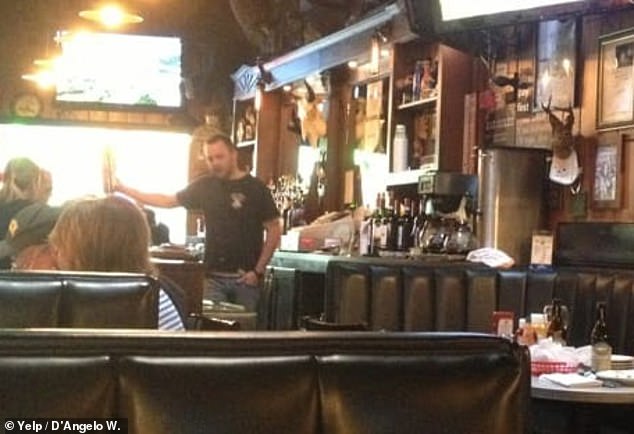 In a short statement after Zinke’s jaw-dropping tweet, he said that ‘the American people know who I’m here to serve, and they know in whose interests I’m acting. They don’t know the same about Secretary Zinke.’

Grijalva is the House Natural Resources Committee’s top Democrat and is likely to become chairman in January when control of the House changes hands.

Zinke cited a $50,000 payout Grijalva made in 2017 to a staffer who reportedly claimed the Arizona lawmaker was frequently drunk on Capitol Hill, resulting in a hostile workplace environment.

Grijalva’s office did not immediately respond to a request for further comment.

He said at the time the payment became news that he had ‘provided a severance package to a former employee who resigned,’ but claimedthat ‘at no time was any allegation of sexual harassment made, and no sexual harassment occurred.’ 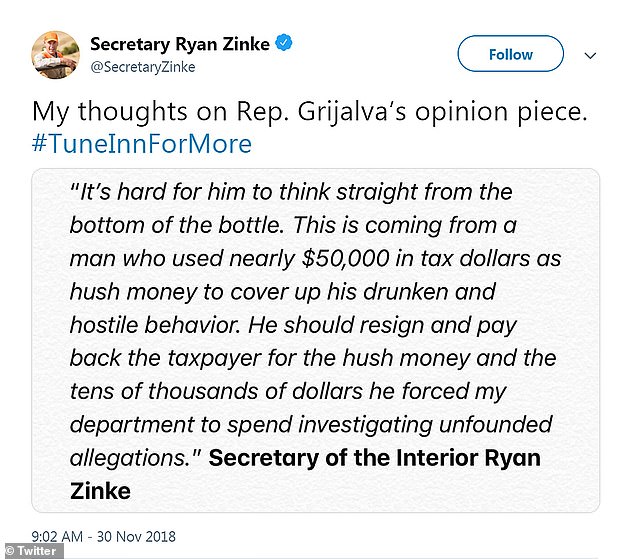 The congressman said months later, in January 2018, that the employee was only on the job for 28 days.

Grijalva’s Republican opponent in 2014, Gabby Saucedo Mercer, told a Tucson radio host in December 2017 that the congressman had sexually assaulted a campaign volunteer who was assigned to monitor his public appearances.

‘One of my volunteers was at a location downtown and Grijalva grabbed her butt,’ Saucedo Mercer said KQTH Radio in Tucson. She said the volunteer had told her ‘he was drunk.’

‘I don’t’ care if he was drunk, Saucedo Mercer told the interviewer. ‘She was just there to kind of keep an eye on him – because we heard he was going to give a speech – and he went by and just grabbed her butt.’

Grijalva told KVOA-TV4 in Tucson that he was a problem drinker decades ago, but ‘I dealt with it and I feel very comfortable that I got past that.’

‘Once you wrestle the demons, and you beat ’em, you beat ’em. And I feel very comfortable that that demon’s beat,’ he said then.

He called allegations of alcoholic behavior ’embarrassing and sometimes difficult,’ but suggested political enemies keep stories of his past drinking alive.

He sought professional help following a DUI conviction in 1985, when he served on the board of the Tucson Unified School District Board.

In his op-ed, the congressman condemned Zinke for alleged ethics lapses including one that resulted in a criminal referral to the Justice Department.

That probe is centered on a Montana land deal involving a foundation he created and David Lesar, the chairman of Halliburton, a prominent energy services company that does significant business with Interior.

A management group headed by Lesar reportedly planned to offer Zinke and his wife a microbrewery to own and run as part of a commercial development deal it was pursuing near his hometown of Whitefish, Montana.

That same office, the agency’s inspector general, cleared Zinke of wrongdoing following a complaint that he redrew the boundaries of a national monument in Utah in order to benefit a former state lawmaker who is a political ally.

It was Grijalva’s office that asked the IG at the Interior Department to investigate Zinke.