Zlatan Ibrahimovic and Romelu Lukaku fined for a combined sum of £7,000 for Milan Derby bust-up

Zlatan Ibrahimovic and Romelu Lukaku fined for a combined sum of £7,000 for ‘unsportsmanlike behaviour with provocative phrases’ during their Milan Derby bust-up in January’s fiery Coppa Italia quarter-final clash

Zlatan Ibrahimovic and Romelu Lukaku have been fined for unsportsmanlike conduct after the pair clashed during January’s Milan Derby at the San Siro.

The pair of strikers, who play for AC Milan and Inter respectively, squared up to each other as tensions arose during the Coppa Italia quarter-final, which Inter won 2-1 after Ibrahimovic was later sent off. 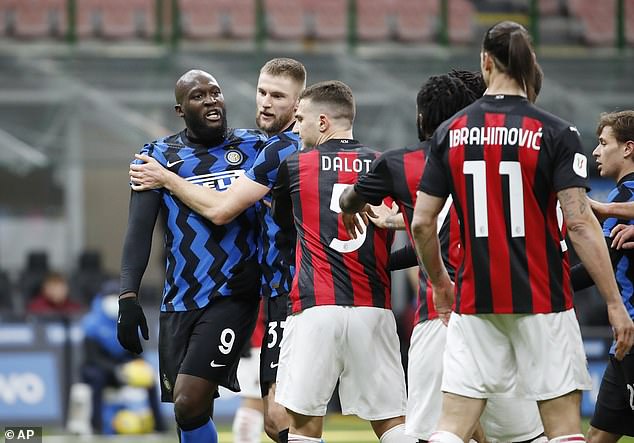 The two former Manchester United team-mates exchanged insults during the match and Lukaku had to be restrained at the end of the first half after being left incensed by Ibrahimovic’s comments.

Lukaku appeared to call the Swedish veteran a ‘son of a b****’ as well as shouting ‘f*** your wife’ while Ibrahimovic reportedly said ‘Go do your voodoo s***, you little donkey’ during the exchange.

Both players were fined for unsportsmanlike behaviour with provocative phrases, while the clubs were punished due to their responsibility for the conduct of their players. Lukaku and Ibrahimovic were also handed one-match bans in January.

The fight was typical of the close battle between the two Milan sides in Italian domestic football this season with a mural of the tussle painted outside the iconic San Siro ground after the match. 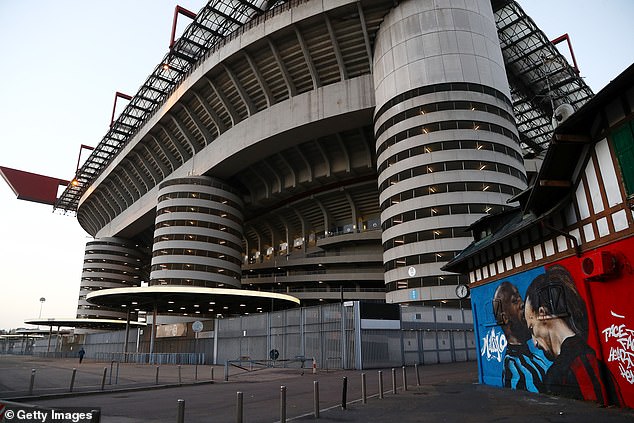 Swedish striker Ibrahimovic insisted back in January that there was no problems with him and the Belgian forward, who both used to play in the Premier League for Manchester United.

The 39-year-old told reporters: ‘If Lukaku came to Sanremo I would welcome him. There is no personal problem. What you do on the pitch stays on the pitch. If you want to come, you are welcome.’

There is no love lost between the pair, with the 39-year-old revealing that Lukaku did not take him up on a bet when they played together for the Red Devils. 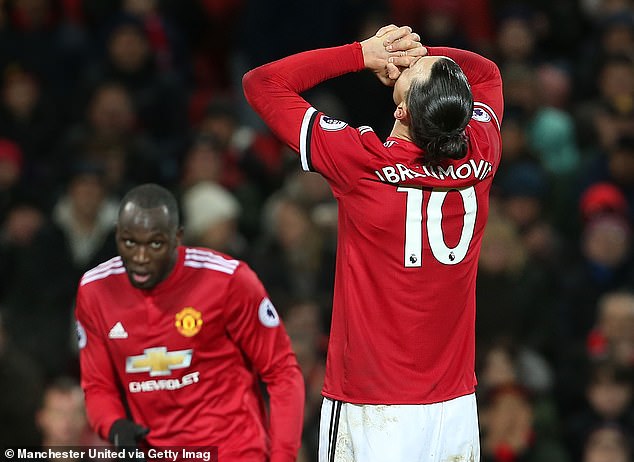 ‘I will say this on Romelu: don’t expect good technique from Lukaku’, Zlatan told Gazzetta dello Sport. ‘His best strength is sheer power. If only he’d listened to me…

‘At Manchester United, we made a bet: “I’ll give you £50 for every decent first touch you make.” He replied: “What do I win if I get them all right?”

‘I told him nothing, he would simply become a better player. For the record, he never accepted the bet! Perhaps he was afraid of losing.

‘Joking aside, Lukaku has this mad hunger to prove himself to the world and I’m sure he will do well at Inter too.’