The former Manchester United team-mates have been in superb nick since moving across the Atlantic, with Ibrahimovic scoring his 19th and 20th MLS goals of the season against the Vancouver Whitecaps on Saturday.

Ibrahimovic converted a penalty in the first half before firing a fierce shot past the goalkeeper to help LA Galaxy to a 3-0 victory. The win moved them to within one point of the play-off spots in the Western Conference with two games to play. 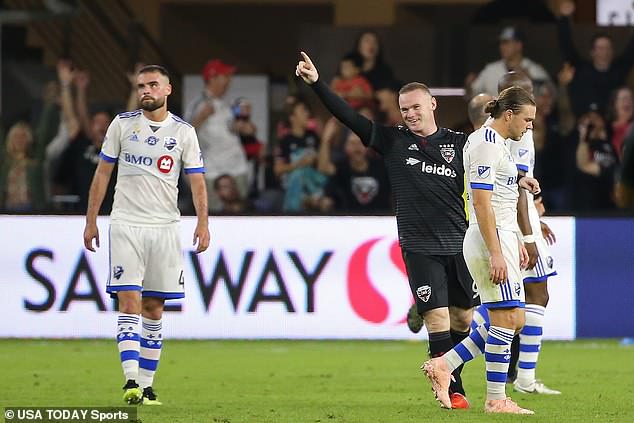 As if he needed reminding of his stardom, Ibrahimovic was then the target of an overly enthusiastic supporter at full-time. Breaching pitch-side security, the fan attempted to hug the veteran Swede but was pulled away just as he reached his hero.

Unlike other footballers who have taken to embracing those brave enough to breach the field of play, Ibrahimovic appeared to ignore him.

Meanwhile, DC United’s complete turnaround since Rooney’s arrival hit a new high as they put five past the struggling Montreal Impact. The former England captain struck twice in the second half to contribute to the win. 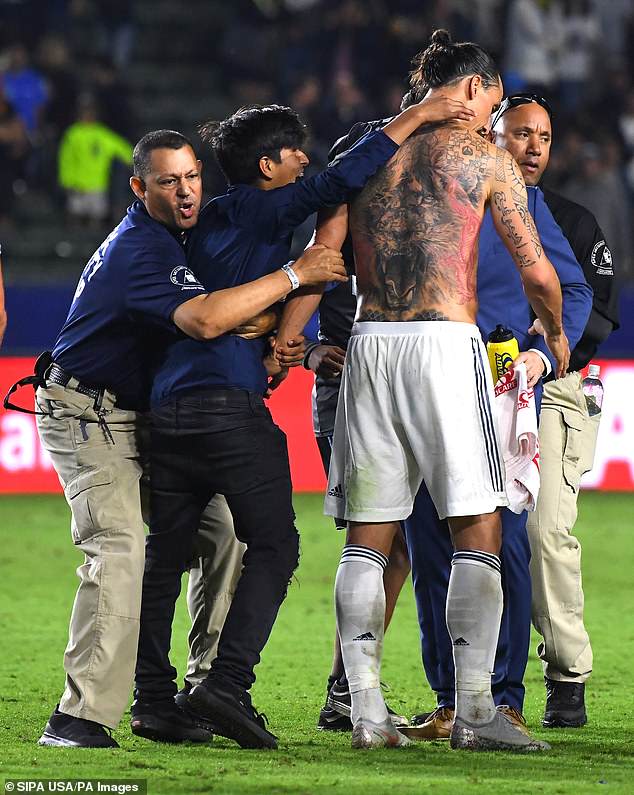 His first was a throwback to his peak at Old Trafford as he bamboozled a defender with intelligent trickery before firing a low shot into the corner of the net.

Rooney’s second came when a failed clearance landed at his feet with Vancouver’s goalkeeper Evan Bush in no man’s land. The striker instinctively lobbed the ball over Bush’s head and into the empty net.

The win moved DC United up to seventh in the Eastern Conference, two points behind sixth-placed Montreal but with two games in hand.

Securing a place in this season’s play-offs would cap a remarkable turnaround. Indeed, when Rooney joined the club in June, they were rock bottom of the division.

The 32-year-old has been an inspiration for the club, scoring seven goals and assisting six in just 15 appearances. He has also become the team captain. 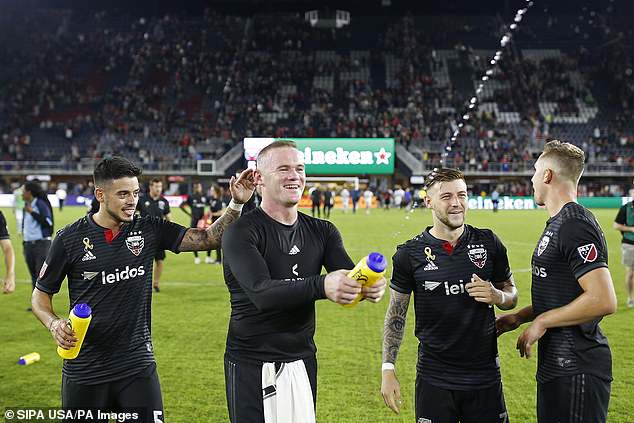