Zlatan Ibrahimovic announced his LA Galaxy arrival in typical style, taking a full page advert out in the LA Times.

The veteran striker left most of the space blank, with the words ‘Dear Los Angeles, you’re welcome’, at the top and his signature underneath.

He was also pictured in a Galaxy shirt for the first time, leading the LA Times sport section.

The LA Times have said Zlatan Ibrahimovic is ‘an even bigger name than David Beckham’ in their report on the former Manchester United striker joining the Galaxy.

They write: ‘On Thursday the Galaxy finalised a deal to bring an even bigger name to Major League Soccer — Zlatan Ibrahimovic, whose jaw-dropping athletic talent and oversized persona should make him an immediate star in Los Angeles.’

The snap was classic Zlatan, pumping both fists whilst roaring maniacally at the camera and the headline read: ‘He’s hard to ignore’.

LA Galaxy tweeted out a video promo for Ibrahimovic where the forward strolls towards camera with a lion prowling in the background. He then says: ‘Los Angeles, welcome to Zlatan.

In his interview with the LA Times when asked whether LA is big enough to contain his personality, he responded: ‘If it’s not, I’ll make it bigger.’

‘After being in Europe, winning 33 trophies, playing in the best teams in the world, playing with the best players in the world, I wanted to come to the US and play my game there,’ Ibrahimovic said.

‘I wanted people to enjoy my game there and to win, and I chose the Galaxy to do that. 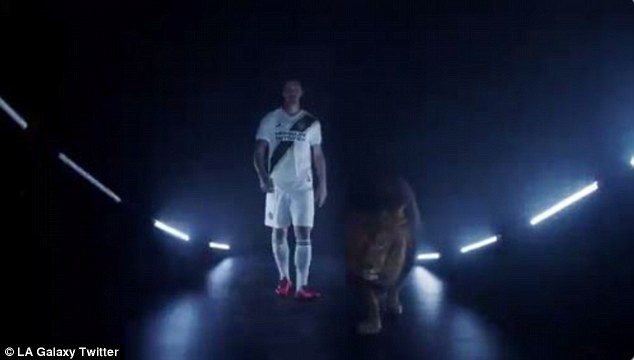 LA Galaxy tweeted a video promo for their latest high profile signing, strolling by a lion 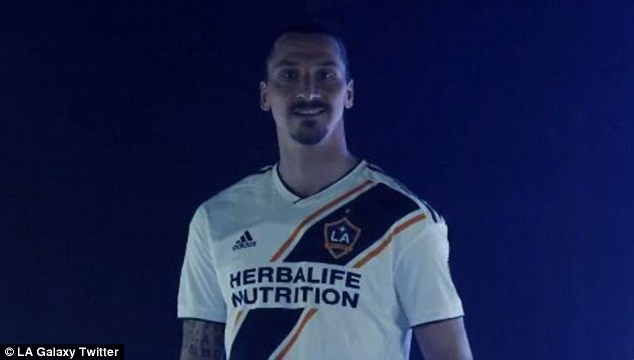 ‘I’m excited to come over and get the experience with the Galaxy and explore how the football is there. I want to be part of it and make it better,’ he added.

LA Galaxy also posted an interview with the new addition on Youtube. He said: ‘It’s the best team in the US and I can help them a lot. I have a lot of expectations, I put a lot of pressure on myself.

‘I demand a lot in my game and I think I have a lot to bring. With that experience hopefully it goes how I want and we can all share that happiness by winning. I feel good, I’m training very hard.

‘I haven’t played games for a while and that is what I miss now. I need to play games. The more I play the better it will be and I’m just excited for the game. Wherever I went I won some I’m coming with this objective.

‘I want to win, I think it’s in my DNA that I’m winning my trophies, no luck, no special moment it’s just me. It’s different players but same Zlatan.’

At 36-years-old the veteran Swede is in the twilight of his career but would no doubt love to boost his fame, fortune and trophy cabinet in the US.

Ibrahimovic was able to join LA Galaxy immediately after United agreed to terminate his contract. 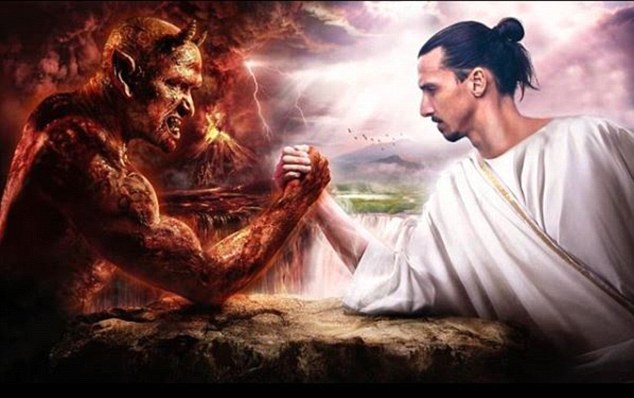 Having left Old Trafford, Ibrahimovic posted a picture on his Instagram, arm wrestling a Red Devil whilst dressed in biblical white robes.

He accompanied the image with the message: ‘Great things also come to an end and it is time to move on after two fantastic seasons with Manchester United.

‘Thank you to the club, the fans, the team, the coach, the staff and everybody who shared with me this part of my history.’

At LA Galaxy he will be paid £1million per-year and has signed a contract for the rest of this season.

New fans could see Ibrahimovic in action as soon as March 31 against rivals LAFC.

The stage would be perfectly set up for him to begin with a bang and endear himself to supporters with a derby goal. 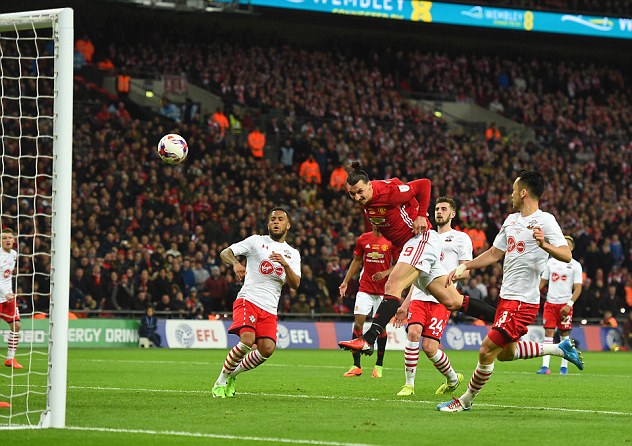 Since moving to England, Ibrahimovic scored 29 goals in 53 games for Jose Mourinho’s side