‘All these haters started to like me’: Zlatan Ibrahimovic says he ‘had fun’ proving his doubters wrong during his stint with Man United in the Premier League… and believes he made ‘the right choice’ to join Old Trafford

Former Manchester United striker Zlatan Ibrahimovic admits he enjoyed his two-season stint in the Premier League because it allowed him to silence his ‘haters’.

The outspoken Swedish forward took England by storm during his brief stint at Old Trafford between 2016 and 2018 – netting 28 goals in his first campaign, prolonging his impressive scoring record across a number of major leagues.

He brought a bullish attitude to United’s team and was a huge personality in the dressing room – though there were some who questioned whether Ibrahimovic could step up and deliver quality after arriving in his mid-thirties. 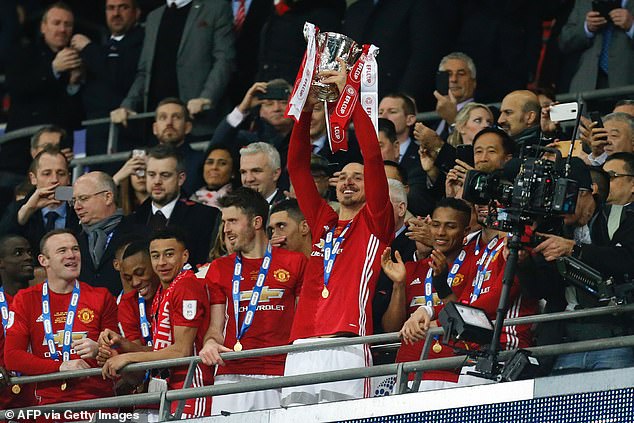 Speaking to ESPN’s The Gab & Juls Show podcast, the 40-year-old said he relished proving his critics wrong and performing at a high level, admitting negativity ‘brings out the best of me’.

‘I had fun,’ he said. ‘I really enjoyed because when I came, everybody was against it. And then in England, they didn’t like me.

‘All these haters, after three months, they started to like me, I didn’t like them anymore. I like people when they hate you because then they bring out the better of you. I had fun. [It] is a great competition, [an] amazing atmosphere.’

Ibrahimovic’s time at United was short but still a successful one as he scored nearly 30 goals and finished with three trophies under Jose Mourinho. 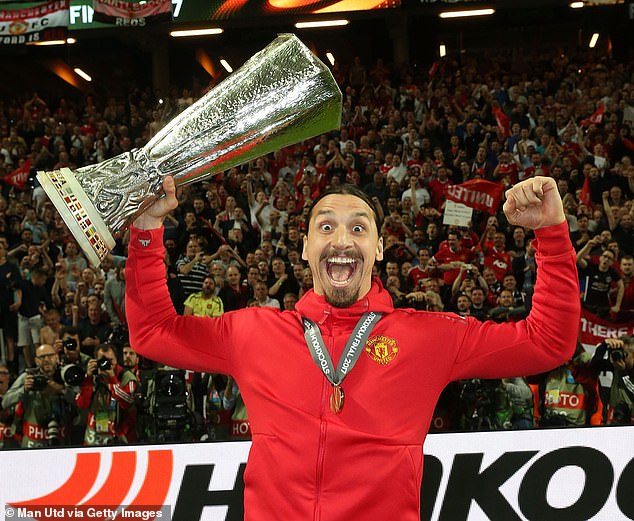 Now at AC Milan during the twilight of his career, he does not regret his decision to join the club – who he called ‘the best in England’ – and believes he made ‘the right choice’.

‘I’m happy I played for United, which I think is the best team in England,’ he said. ‘And I think it was the right choice to go to Manchester United.

‘I think I came in a good moment. Because it’s easy to come to a club when the success is already there. It’s more difficult when you come and the challenge is different. And then if you manage to have a success, you’re part of the story. So the fans [were] great to me. And I really enjoyed [it]. A lot of things happened.’

Ibrahimovic came to United with a huge reputation after blitzing 156 goals in 180 games at PSG, before proving his class at AC Milan, Barcelona, Inter Milan, Juventus and Ajax.

After leaving United, he joined the MLS to play for LA Galaxy. He scored 53 goals in 58 games and then sealed a return to AC Milan, where he has featured 72 times – netting 36 times – as he continues to defy his ageing years.