Bologna 2-4 AC Milan: Zlatan Ibrahimovic scores at both ends of the pitch on his first Serie A start of the season as Rossoneri go top with win

AC Milan striker Zlatan Ibrahimovic scored at both ends as the visitors left it late to earn a 4-2 win over nine-man Bologna in Serie A on Saturday to return to the top of the standings.

Milan looked to be on course for a comfortable victory after Rafael Leao fired home 16 minutes in.

Bologna were then dealt a further blow as Adama Soumaoro was sent off for bringing Rade Krunic down when he was through on goal four minutes later. 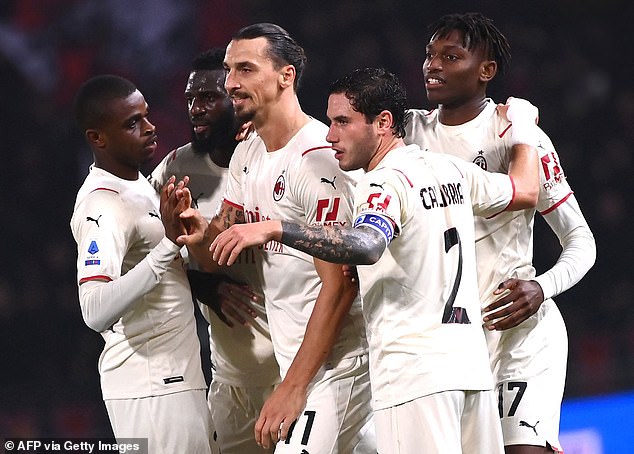 Captain Davide Calabria hammered Milan into a 2-0 lead in the 35th minute to put them in control before Ibrahimovic, starting his first league game of the season, put through his own net to give the hosts hope four minutes after the break.

However, Roberto Soriano’s red card before the hour mark for a reckless tackle left Bologna with an even more difficult task. 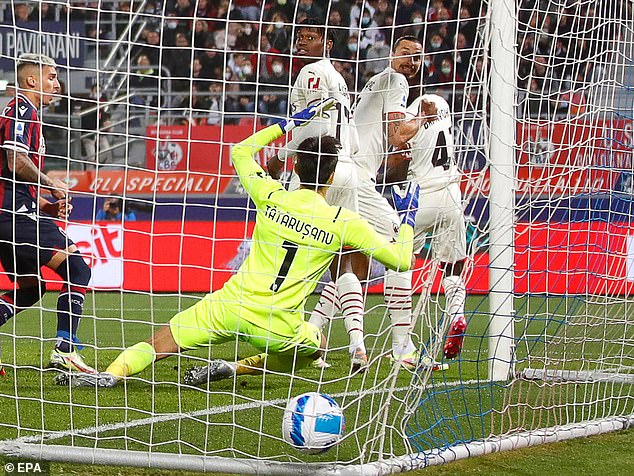 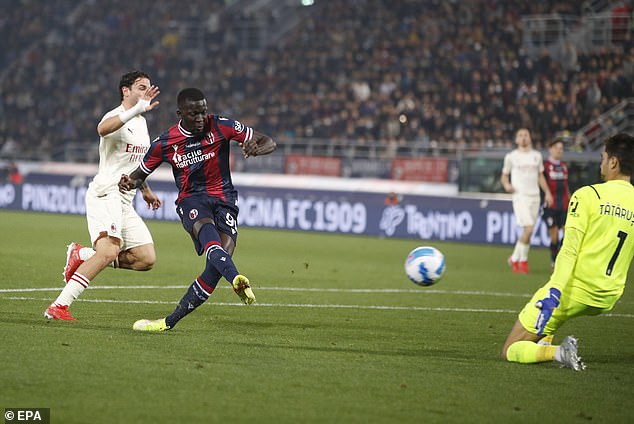 They dug in and looked set to earn a hard-earned point but goals from Ismael Bennacer six minutes from time and a fine 90th-minute finish from 40-year-old Ibrahimovic saw Milan home.

Milan’s fifth league win in a row moved them back to the top with 25 points from nine games, a point above Napoli who visit fourth-placed AS Roma on Sunday, while Bologna stay ninth.

Elsewhere on Saturday, Empoli won 4-2 away at Salernitana to leave the latter bottom of the table, while Sassuolo climbed up to 11th following a 3-1 win over Venezia.