Presenter Zoe Ball shared photos of a dramatic kitchen makeover that is underway at her stunning East Sussex home.

The BBC Radio 2 host, who is hotly tipped to replace Chris Evans on the Breakfast Show, shared snaps of the work-in-progress on her Instagram account yesterday.

The 47-year-old star moved into the beautiful £970,000 period property in the village of Ditchling in February after selling up her £2.5million pad on the Brighton seafront.

Before: Presenter Zoe Ball, 47, has shared photos of a dramatic kitchen makeover that is underway at her stunning East Sussex home. Pictured: Zoe’s split-level kitchen before the renovations at the four-bedroom period cottage 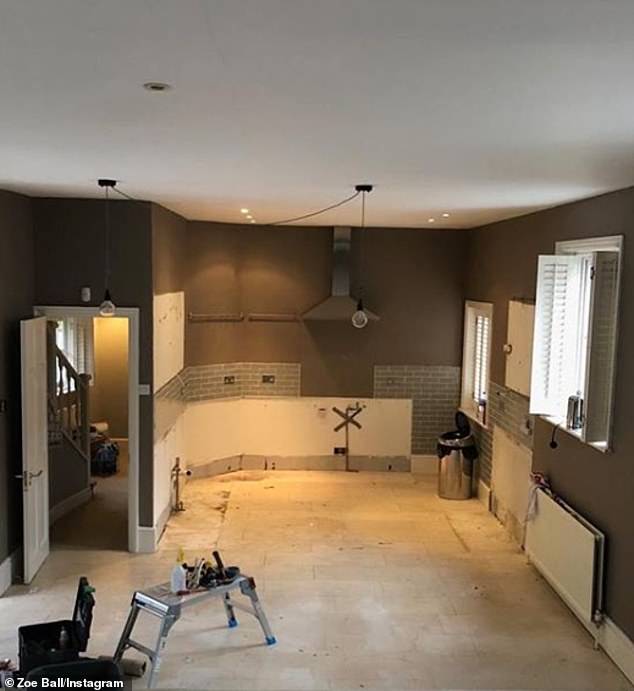 After: The space is now empty and ready for experts at deVOL to work their magic and create a new family space. Mother-of-two Ball shared this photo on her Instagram account yesterday 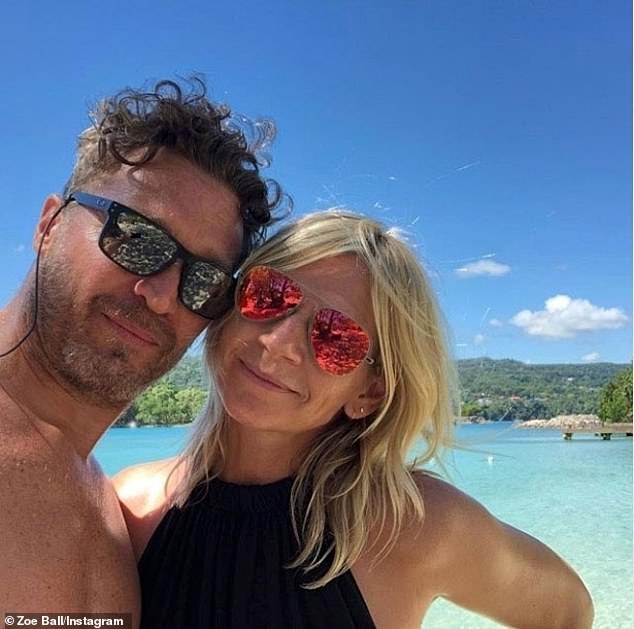 Helping hand: Ball was helped in her project by boyfriend Michael Reed. The couple made their relationship public in April when they shared photos of their Jamaican holiday, pictured

And it appears there is still work to be done to put her mark on the four-bedroom cottage – including renovating the entire family kitchen.

Writing on Instagram, Ball revealed she enlisted the help of boyfriend Michael Reed to tear out her old units ahead of a full refit in the split-level space.

The couple, who made their relationship public in April, often post about each other on social media.

The stage-by-stage shots show the kitchen as it was; it being taken apart; and the empty room devoid of units. 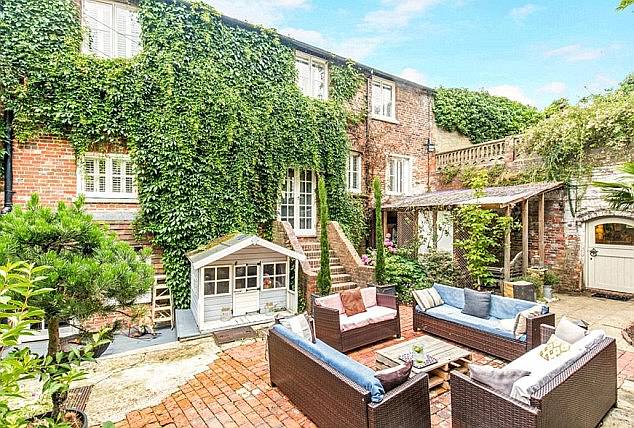 Quiet life: Ball made headlines when she sold up her Brighton ‘party pad’ earlier this year in favour of village life at her 18th century home. Pictured, the walled courtyard at the property 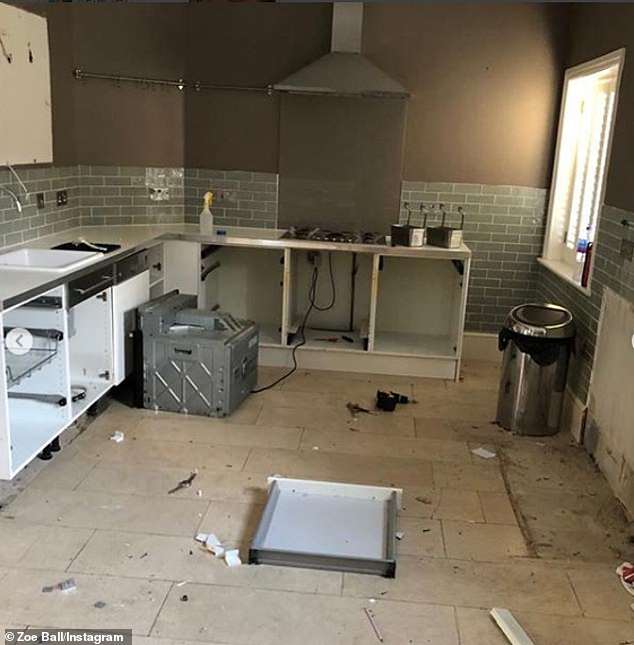 Makeover: Photos shared by the radio host on Instagram show the kitchen in disarray, pictured, as cabinets and white goods were removed ahead of the renovation 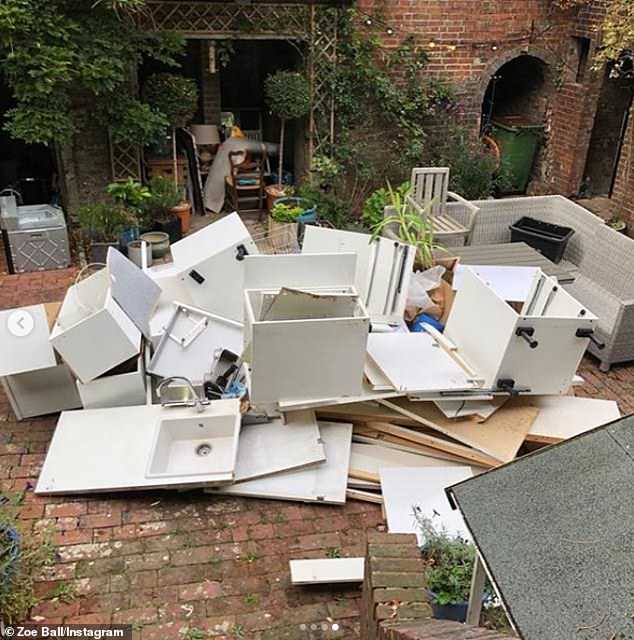 Work to do: Ball shared a snap of the unwanted units, sinks and drawers strewn across the brick courtyard of her home, pictured, after they were removed from the kitchen

A fourth shot shows the discarded cupboards, drawers and doors strewn across the quaint cobbled courtyard of the family home.

The social media post suggests Reed will now make way for the professionals with deVOL Kitchens tipped to create the new kitchen.

Ball, who has two children with her ex-husband Norman Cook, made headlines when she sold up her Brighton ‘party pad’ earlier this year.

Marking a dramatic shift in lifestyle, the It Takes Two presenter waved goodbye to a private beach and celebrity neighbours in favour of village life. 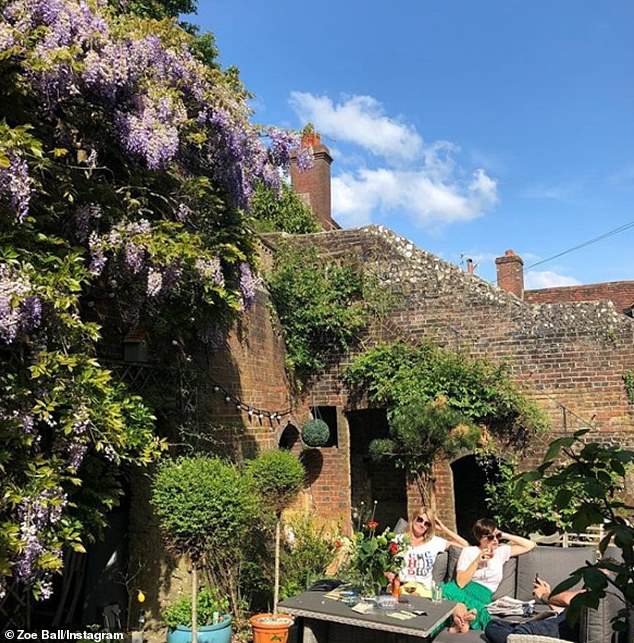 Bursting with character: Ball shared this photograph of her charming period property this year 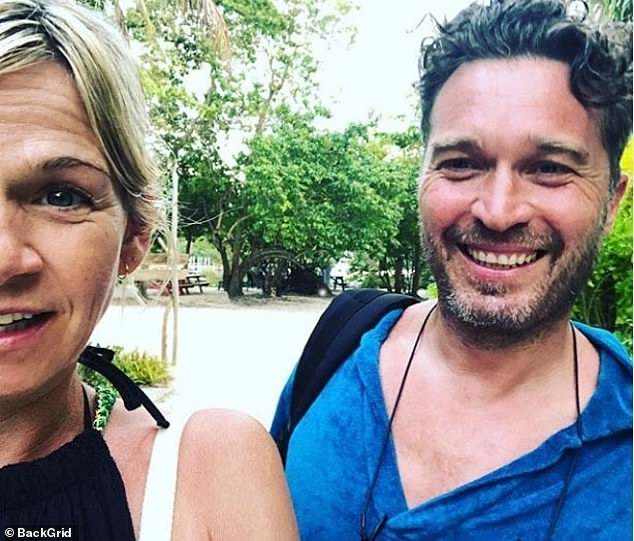 Utterly in love: Zoe, pictured in a social media snap with boyfriend Michael Reed. The pair often share gushing posts about each other online

Miss Ball, 47, whose boyfriend Billy Yates took his own life last year, had been living two doors from her ex-husband, better known as DJ Fatboy Slim, in a villa they bought in 2012. It allowed their children to see both parents easily.

Miss Ball said on social media at the time that her move represented a ‘new adventure’.

The eighteenth-century property boasts a spacious split-level kitchen and studio space, while outside there is a stunning walled courtyard garden and raised lawn.

Miss Ball rose to fame in the 1990s hosting the Radio 1 Breakfast Show and was known for her ‘ladette’ lifestyle. She went on to present several shows for the BBC, including Top Of The Pops and the Strictly spin off It Takes Two. 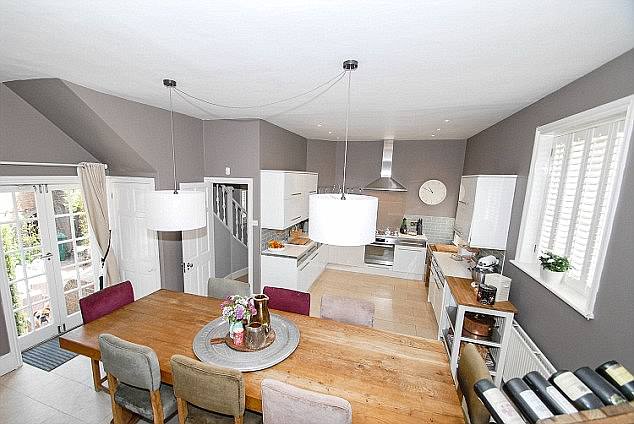 Family living: The split-level kitchen diner in the four-bedroom home, pictured in estate agent photographs before Ball moved in, will be transformed following Ball’s renovation work 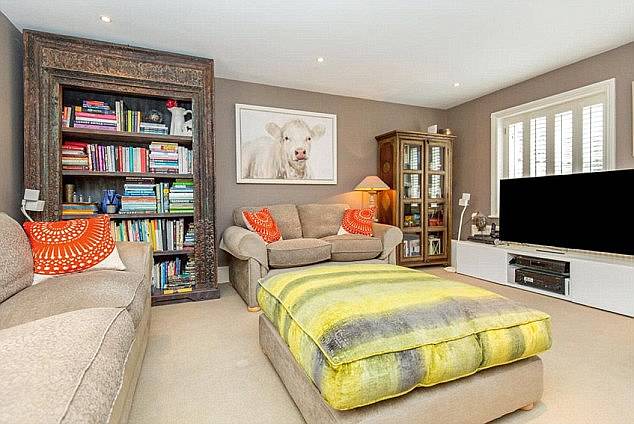 Ample space: The property, pictured in photos taken before Ball moved in, marks a dramatic change in lifestyle for the presenter, who previously lived in a Brighton seafront pad