Zoe Ball and former husband Norman Cook put on a united front today as their son picked up his GCSE results.

The couple, who also have a daughter Nelly, seven, split last September after almost 18 years together.

But they turned up at Brighton College together this morning when their son Woody, 16, picked up his results. 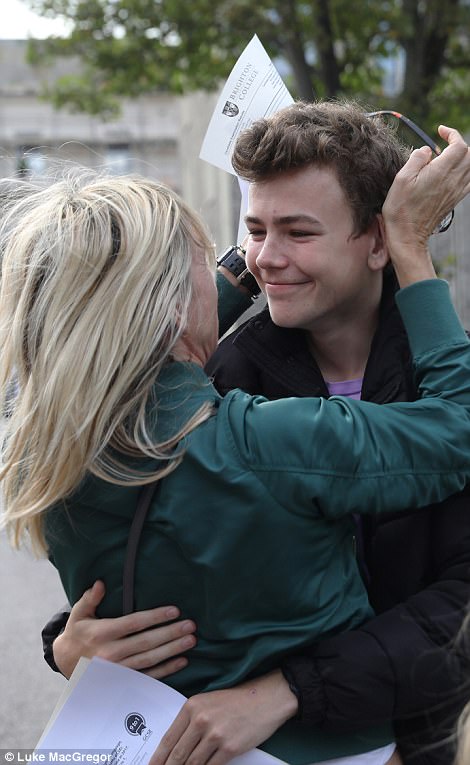 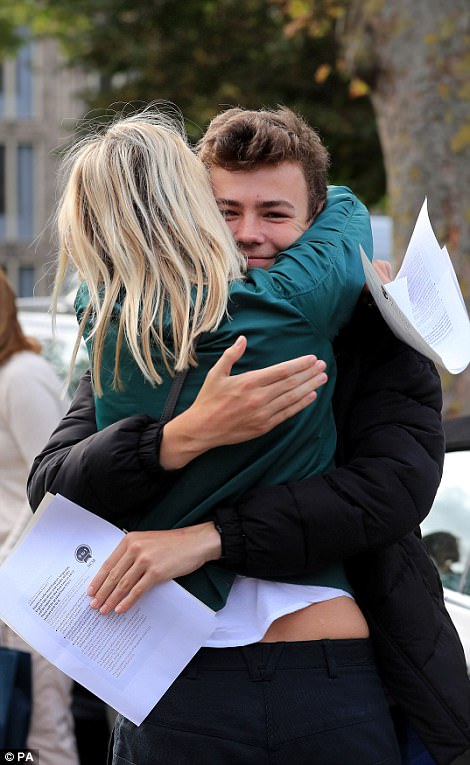 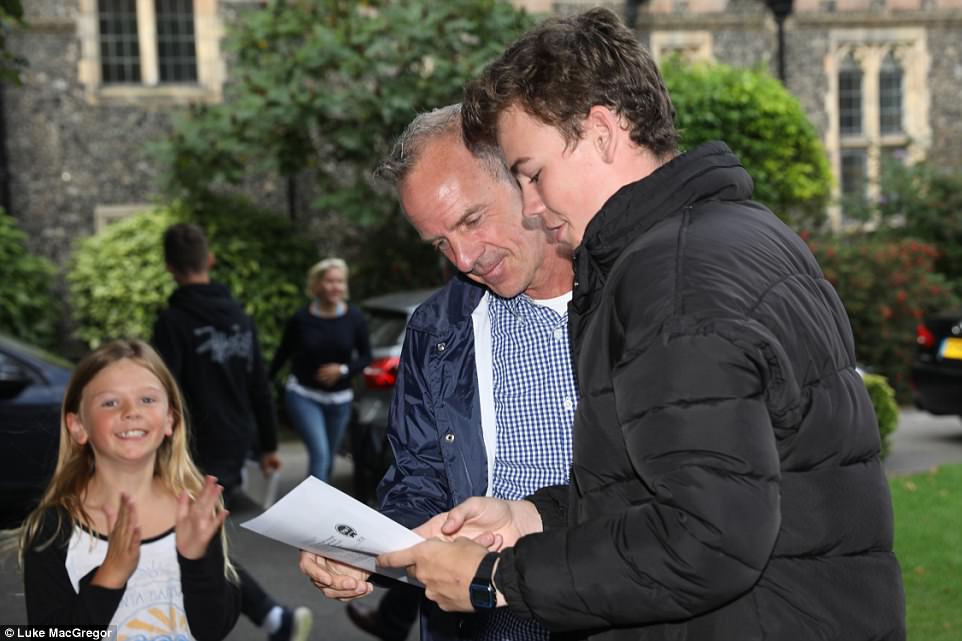 Cook, who split with Ball last September after almost 18 years together, was also there to support Woody 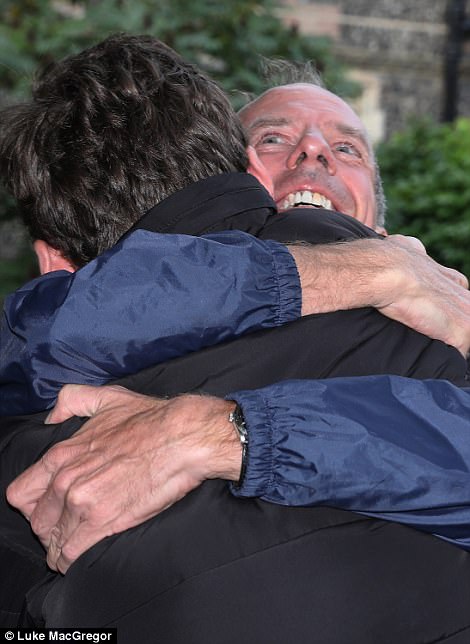 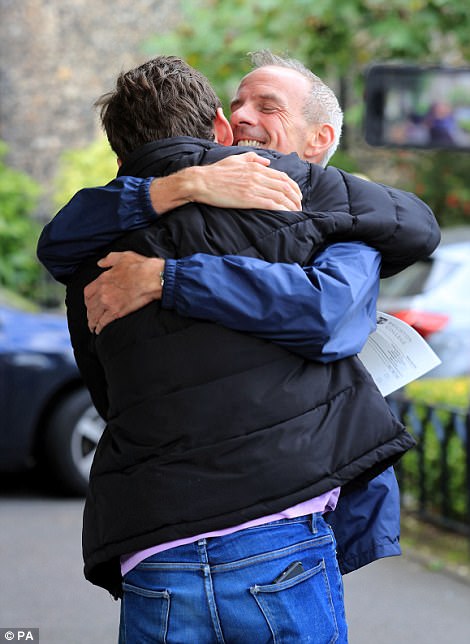 Woody is hugged by his father, DJ Cook, after receiving his GCSE results at Brighton College this morning

Both Ball, 46, and Cook, 54 were delighted with their son’s grades and hugged him as he proudly waved the results sheet.

Woody achieved an 8 in English language, a 7 in English literature, a 6 in maths, B in computer science, and As in drama, design and technology, science and additional science.

Woody – who is now off to Reading Festival in Berkshire to celebrate his results – said: ‘The new system has made me happier with my marks because an 8 seems higher.

‘I want to do drama and film studies next year so I am going to BHASVIC. (Brighton Hove and Sussex Sixth Form College).’ 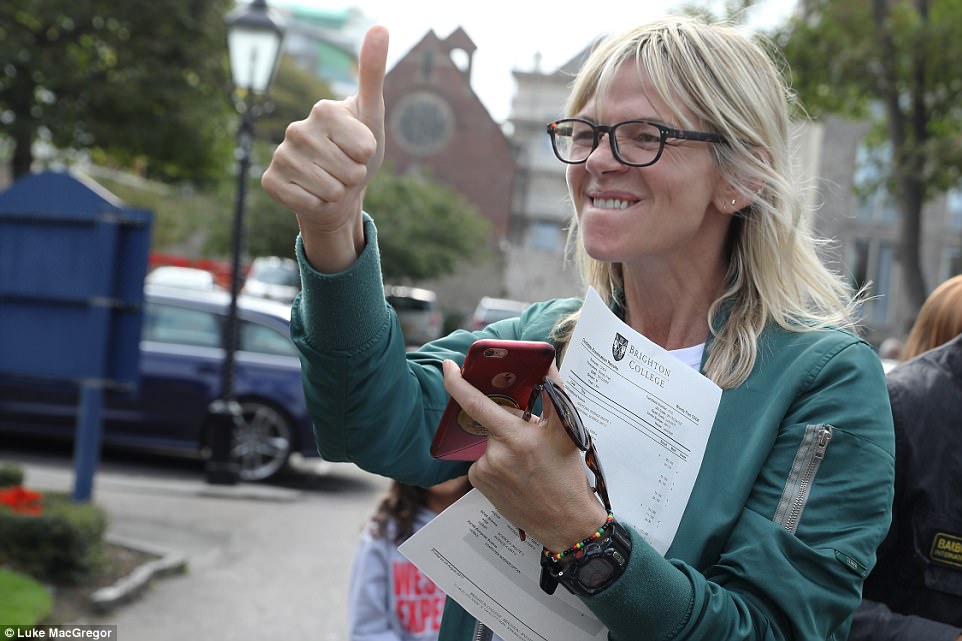 Ball was delighted this morning after Woody achieved an 8 in English language, a 7 in English literature and a 6 in maths 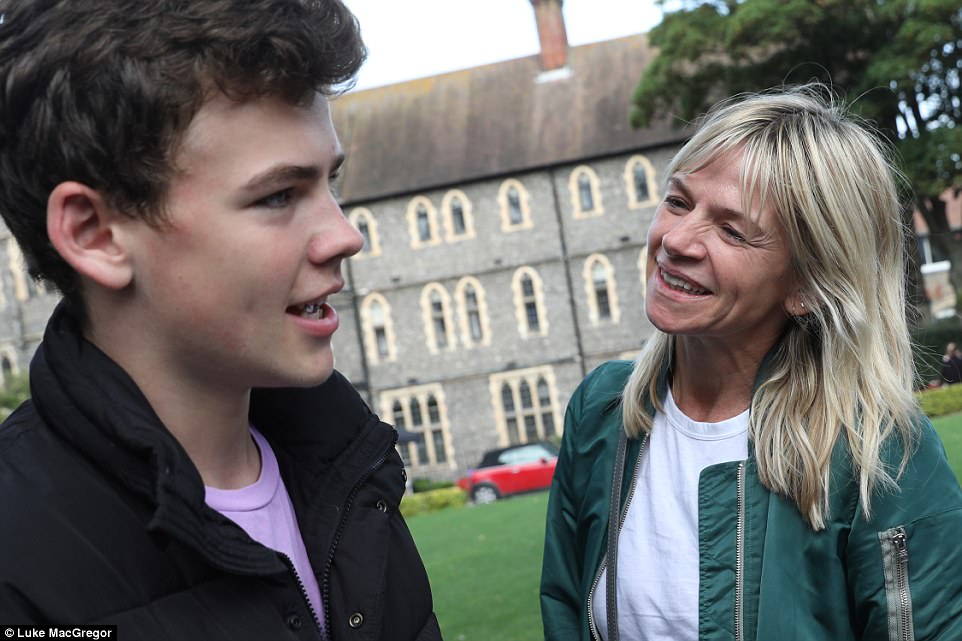 Woody also achieved a B in computer science, and As in drama, design and technology, science and additional Science. 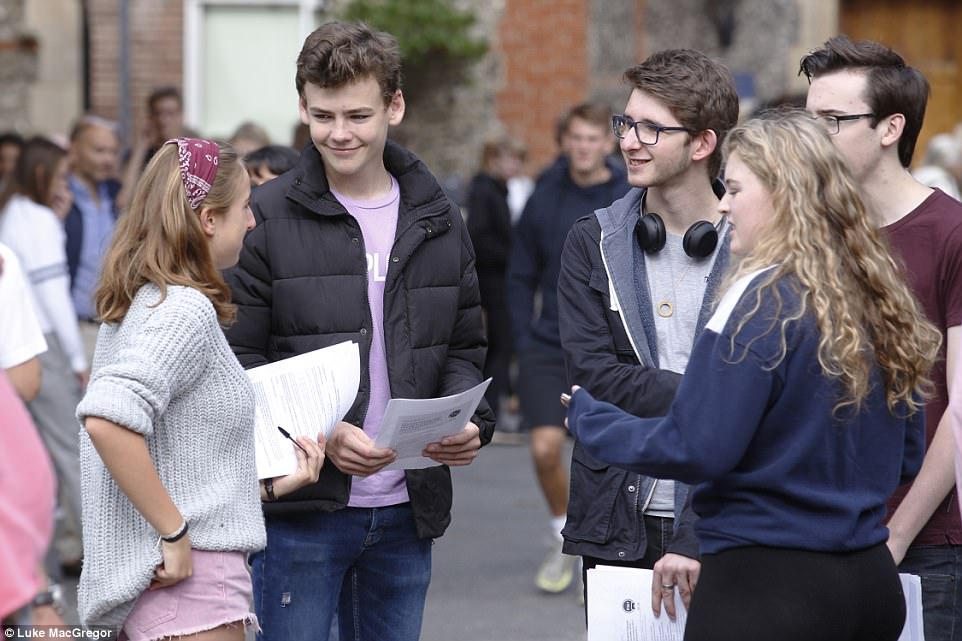 Woody smiles with other students after collecting his GCSE results at Brighton College, an independent school in the resort 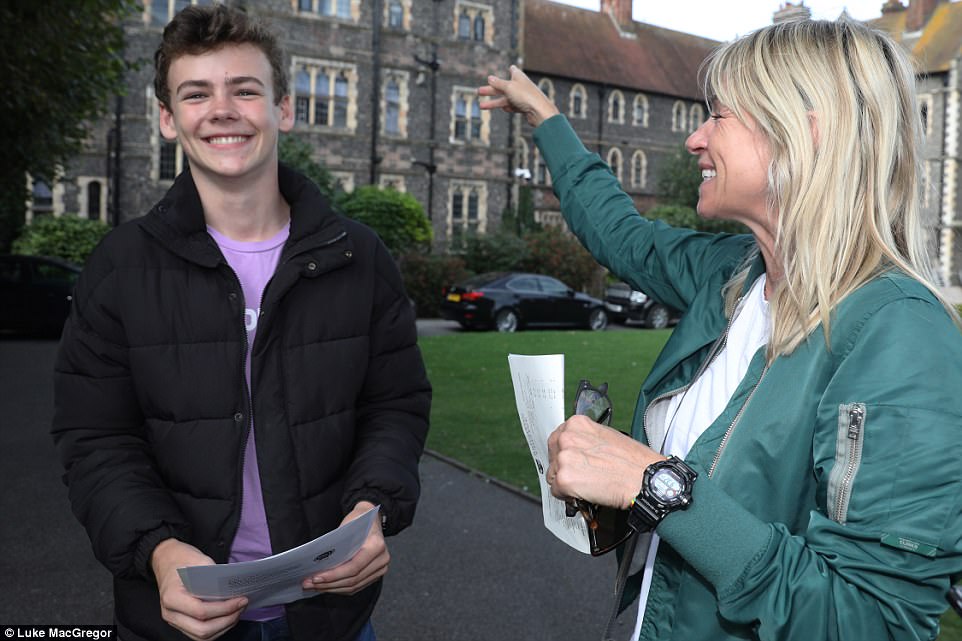 Ball said: ‘He was worried about maths. Your granddad is going to be very proud because he got an A for Science.

‘I’m so proud of him. Norman and I have had a little cry in the car waiting for him to come out.’

Woody’s grandfather is children’s TV presenter Johnny Ball, who popularised science and maths for youngsters in the 1980s.

Cook embraced his son and congratulated him on his results but told him off for not coming out with his results earlier.

He said: ‘Thanks for coming back out. You know I said: ‘Come straight back out’, well it’s been half an hour.’ 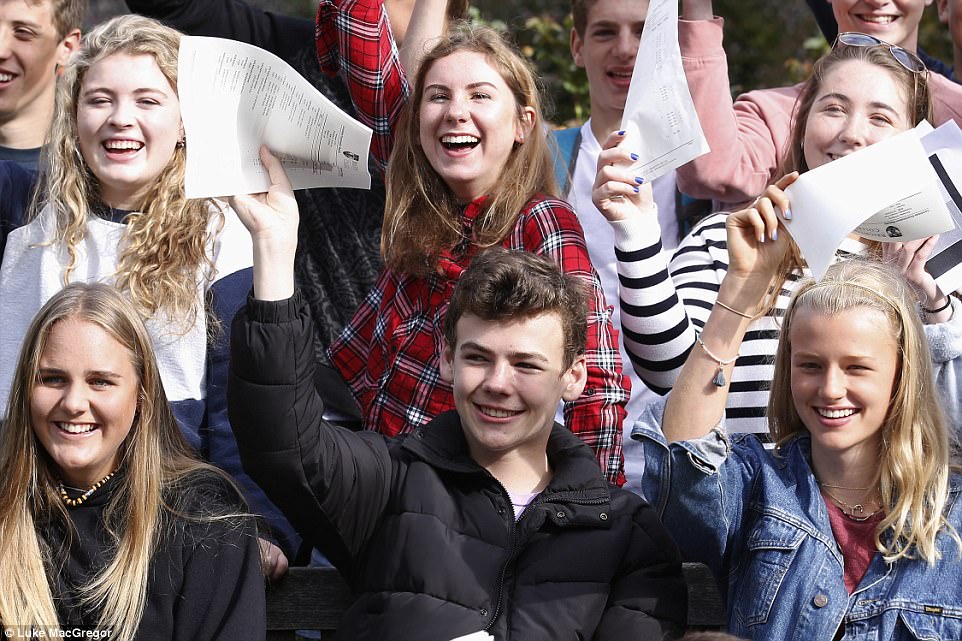 Woody Cook (front second left), waves his results in a group photograph after collecting them at Brighton College today 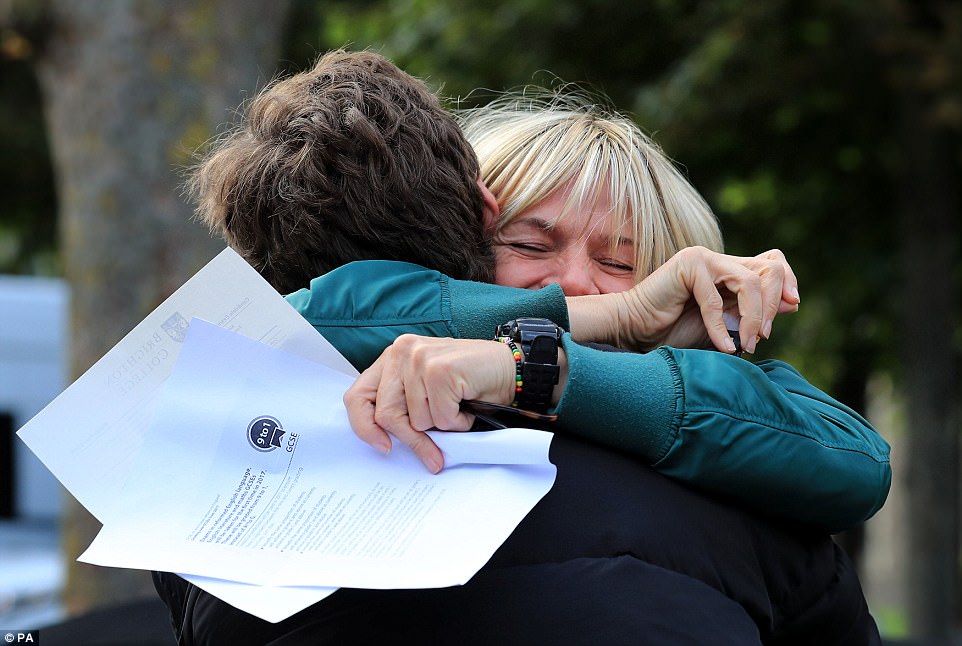 Ball said she was ‘so proud of him’, adding: ‘Norman and I have had a little cry in the car waiting for him to come out’ 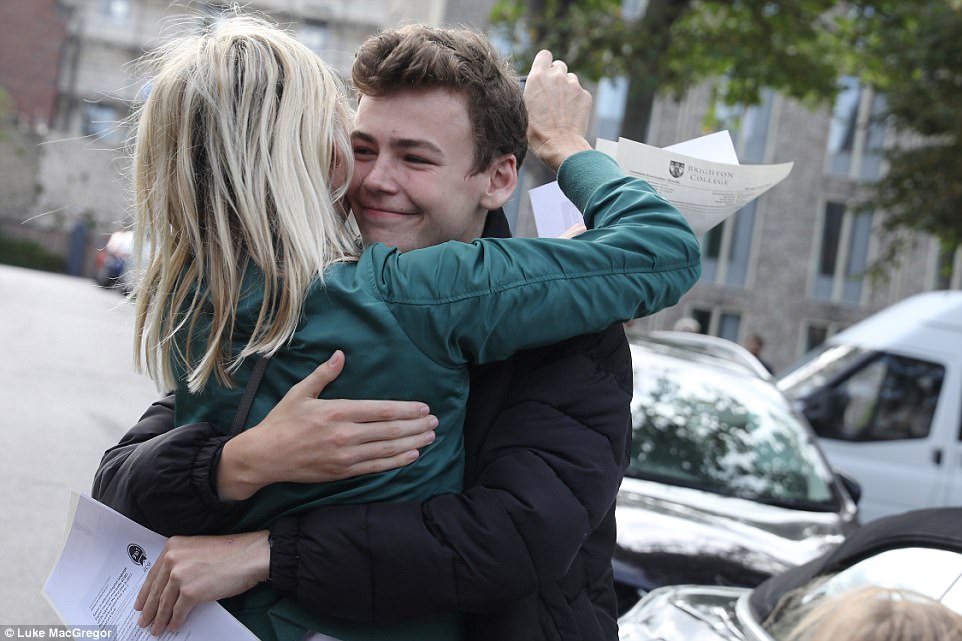 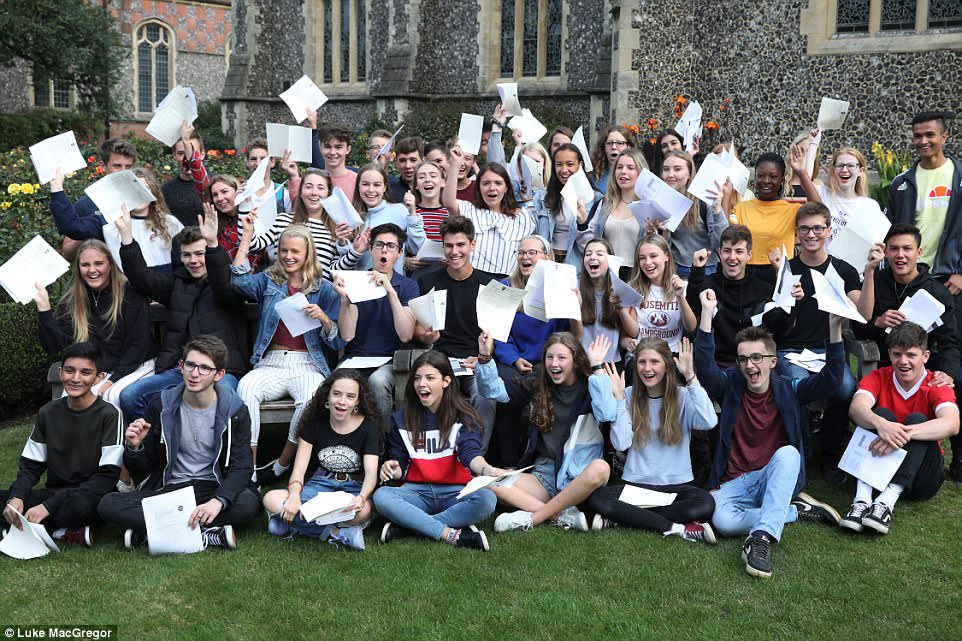 Cook (second row, second left) sits with other pupils at Brighton College today as he waves his GCSE results for the cameras 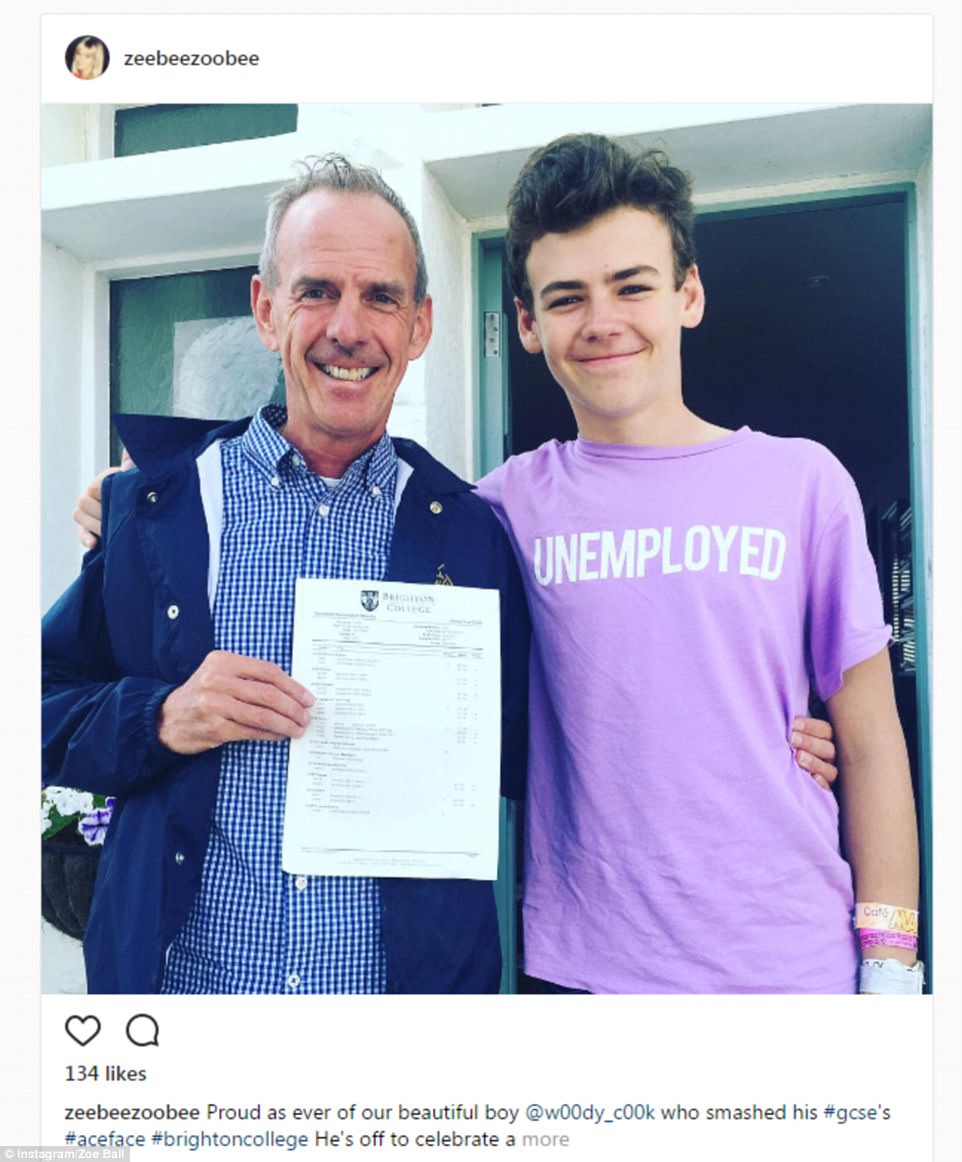 Ball posted this picture on Instagram of Woody with Cook, saying: ‘Proud as ever of our beautiful boy @w00dy_c00k who smashed his #gcse’s #aceface #brightoncollege He’s off to celebrate at #readingfestival #no1son #smarttike #proudmama #emosh’ 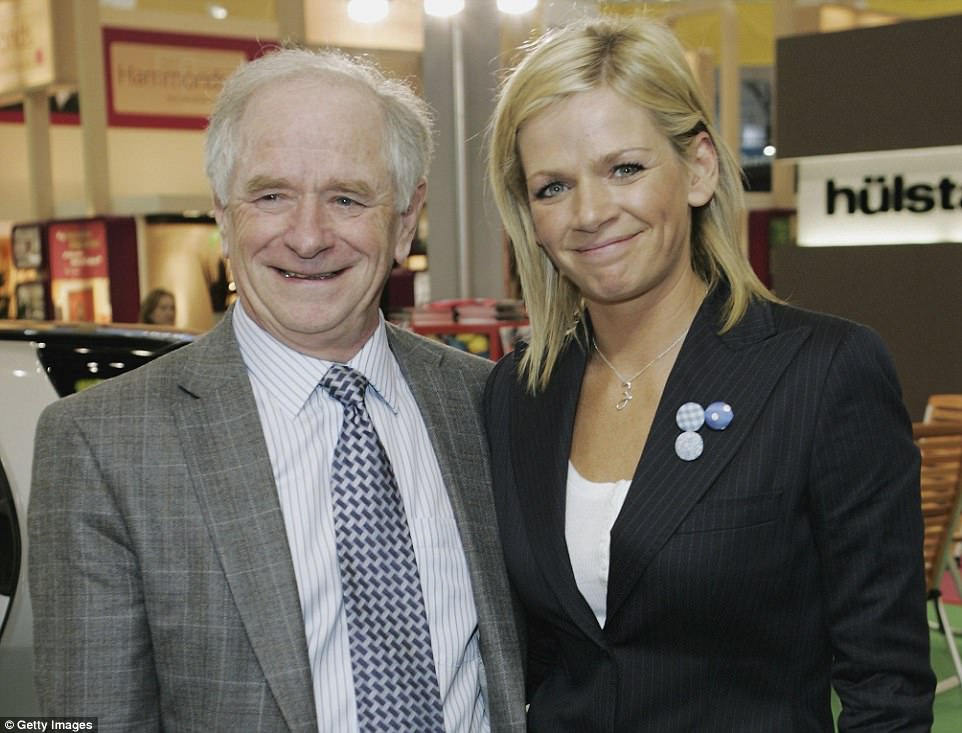 Ball and Cook split last September but have remained firm friends and live on the same beachfront esplanade in Hove, East Sussex.

Ball, who hosts The Big Family Cooking Showdown and also presents her own BBC Radio 2 show on Saturday afternoons, was left devastated earlier this year after the death of her boyfriend, Billy Yates in May.

Cameraman Billy, 40, was found hanged in his flat in Putney, South West London after suffering from depression.

Zoe shared a picture of a pink flower on her Instagram account following Billy’s death and wrote: ‘My sweet love x’.