Zoe Ball showed her appreciation for her two children on Saturday as she shared the heart-warming notes they left around her Sussex home to let her know how loved she is.

And The TV presenter, 49, admitted that it was an ’emotional week’ as she also sent well-wishes to her Instagram followers amid the current second lockdown in England.

Trying to stay positive: Zoe Ball showed her appreciation for her two children on Saturday as she shared the heart-warming notes they left around her Sussex home to let her know how loved she is

She took snaps of the kids’ messages left on her window and shelf and shared them to Instagram.

She wrote: ‘The joy of seeing these messages from my beautiful kids this am. Heart kaboom. #blessed #bestbears #sunshine #gratitudes.

‘It’s been a pretty emotional week for everyone. Hope you’re staying safe out there. The sunshine is helping. Have a restful weekend ☀️.’

It was revealed in September that the mother-of-two is now the BBC’s highest paid star, knocking Gary Lineker off the top spot. 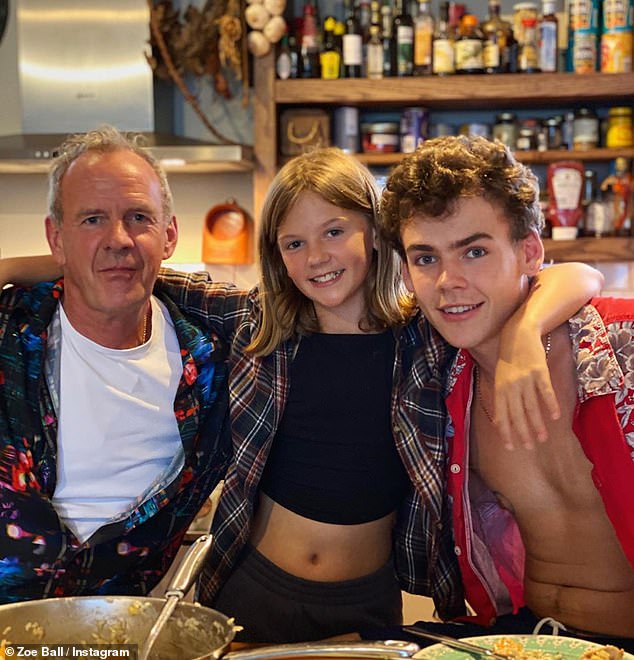 Loved: The TV presenter, 49 described ‘the joy’ of seeing the handwritten messages from her kids, Woody, 19, and Nelly, 10, who she shares with her ex-husband, Norman, 57

The Match of the Day star, 59, is understood to have signed a new five-year contract and a nearly 25 percent pay cut from £1.75million down to £1.35million.

Gary had been the firm’s highest-paid star since 2018 when Chris Evans, the previous spot-holder, left.

Responding to the news of his changed pay, Gary sarcastically tweeted: ‘Oh dear. Thoughts are with the haters at this difficult time.’

Radio 2 presenter Zoe is now earning £1.36million despite losing nearly a million listeners on her show after the corporation pledged to tackle the gender pay gap.

They have been trying to level up pay of male and female stars to repair damage to the corporation’s reputation and reduce discord among staff. 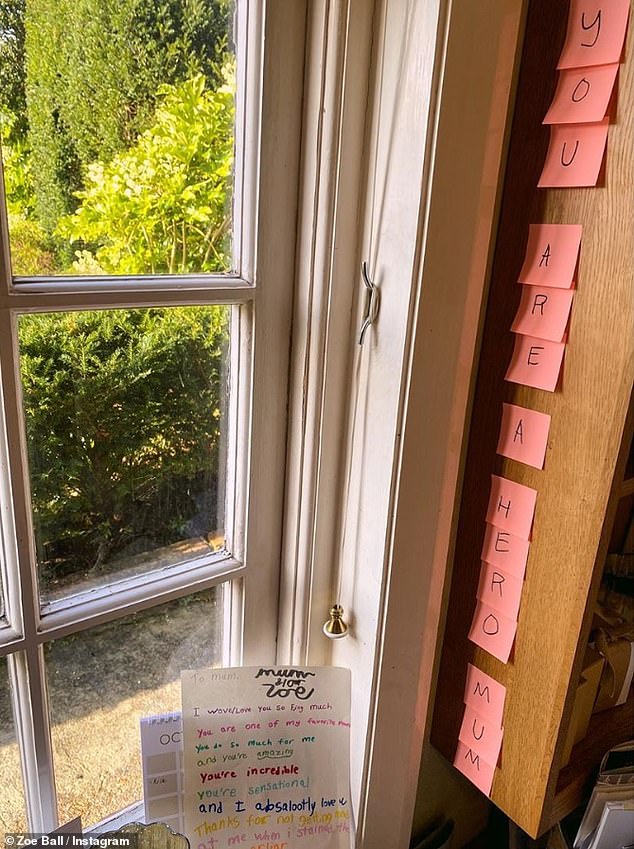 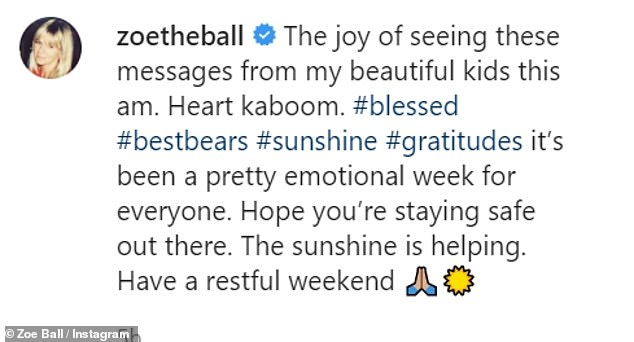 Grateful: She took snaps of the kids’ messages left on her window and shelf and shared them to Instagram

Equality issues led to the BBC handing out a settlement to former China editor Carrie Gracie in 2018 and then earlier this year, they lost an equal pay tribunal case to Samira Ahmed.

BBC director-general Tim Davie defended Zoe’s huge pay rise, claiming her loss of nearly a million listeners in the first year of her new role was due to the ‘punchy’ market.

When asked about the likes of Gary Lineker still earning more than £1million, Mr Davie said he would expect ‘people to come to the BBC at a significant discount to what they’d get in the open market’. 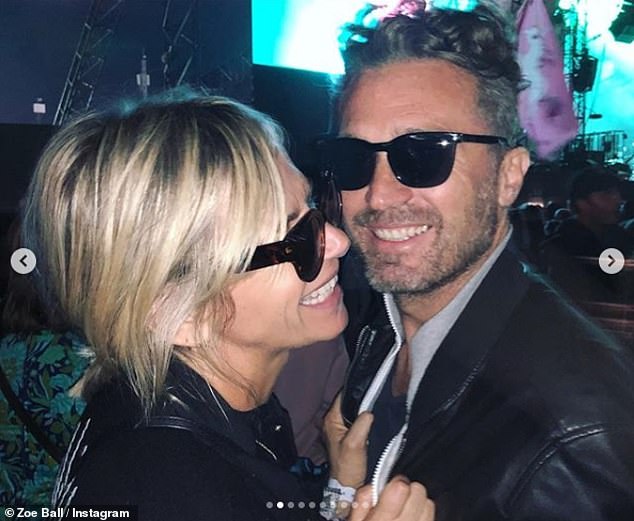 But he added: ‘We will invest in very limited situations in particular markets to ensure we have got the best talent.’

In July, the BBC also announced a huge shake-up of regional TV news and local radio in England which will lead to 450 job cuts.

Changes will see one instead of two presenters fronting 6.30pm regional TV news bulletins as the corporation looks to make £25million in savings.

Despite their plan to slim down operations following the pandemic, the BBC has decided to reward staff with an overall three and a half percent salary increase in 2020, a decision which has garnered great public criticism.

Wow! It was revealed in September that Zoe is now the BBC’s highest paid star, knocking Gary Lineker off the number one spot amid the organisation’s efforts to address the gender pay gap