Culture vultures! Zoo penguins check out the art at a locked-down museum (and it turns out they prefer Caravaggio to Monet)

Three penguins got their own private view of a museum’s art collection when they took a trip out from the zoo.

The trio of Humboldt penguins, Bubble, Maggie and Berkley, were given the freedom to wander around the Nelson-Atkins Museum of Art in Kansas City.

The birds from Kansas City Zoo were filmed waddling around the exhibits together after the coronavirus lockdown closed both the museum and zoo.

Three penguins from Kansas City Zoo, Bubble, Maggie and Berkley, waddle around and explore the Nelson-Atkins Museum of Art while the crowds are kept away by the coronavirus lockdown 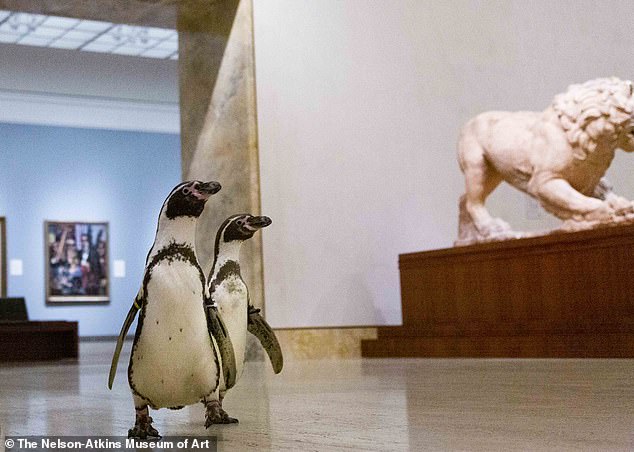 Humboldt penguins native to Peru enjoyed the exhibits at the museum, including paintings, sculptures and tapestries 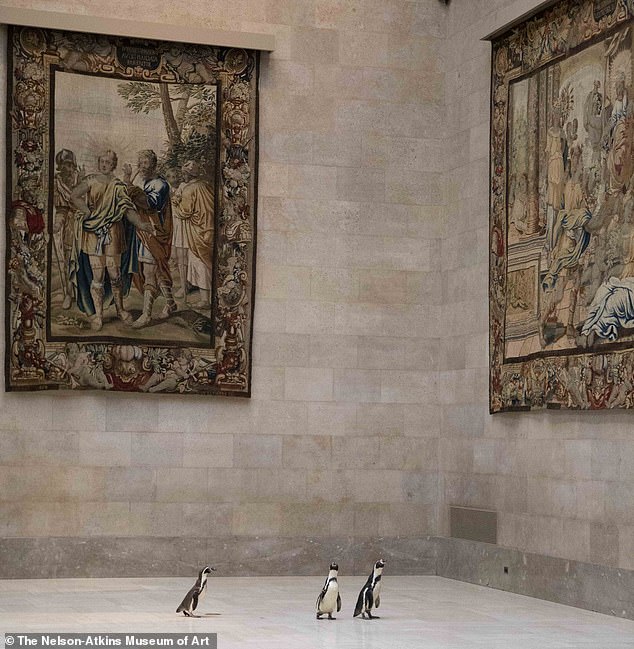 The video, posted by the Nelson-Atkins Museum on May 14, has been viewed nearly 70,000 times

Executive Director and CEO of the Nelson-Atkins Museum of Art Julian Zugazagoitia said that he was seeing how the penguins reacted to art.

Mr Zugazagoitia said that the penguins preferred the work of Italian painter Caravaggio than that of French impressionist Monet during their visit.

Executive director and CEO of Kansas City Zoo Randy Wisthoff said: ‘Taking care of wild animals at Kansas City Zoo we are always looking for ways to enrich their lives and stimulate their day and during this shutdown period really missed having visitors come up to see them. 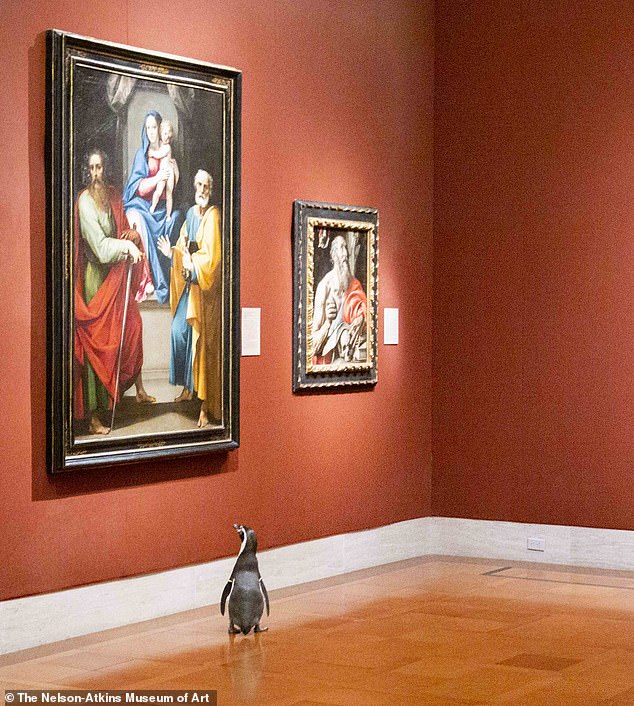 The trio of birds preferred paintings by the Italian Caravaggio, said the museum’s CEO 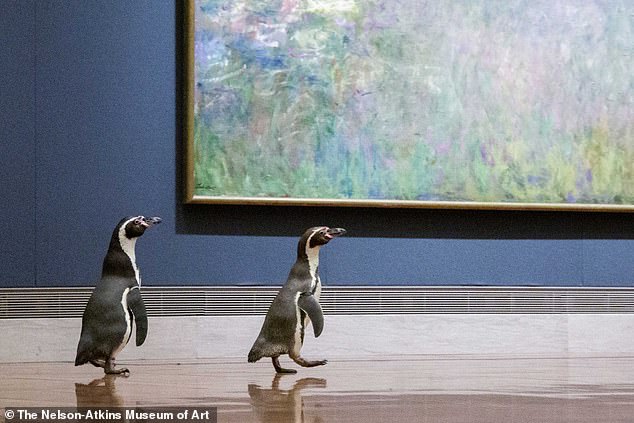 ‘We were happy to visit and the penguins absolutely loved it.’

Zugazagoitia said he spoke Spanish to the penguins as the birds are native to Peru and Chile.

The video, posted by the Nelson-Atkins Museum on May 14, has been viewed nearly 70,000 times.

It had the caption ‘Quarantine has caused everyone to go a little stir crazy, even the residents of the Kansas City Zoo. So several of the penguins decided to go on a field trip to the Nelson-Atkins, which is still closed, to get a little culture’ alongside it.

These aren’t the first penguins to be given the freedom to explore during the coronavirus lockdown. 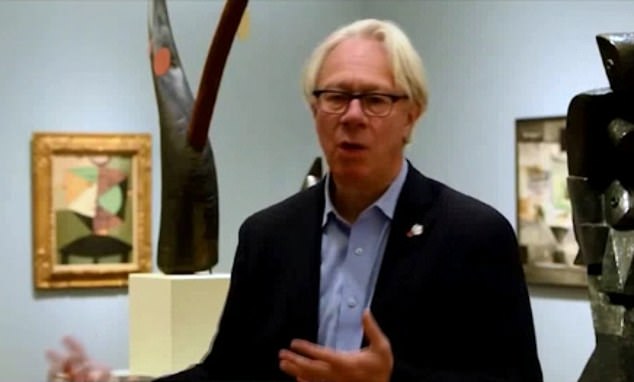 At Singapore Zoo a dozen penguins were allowed to wander around the area near their enclosure, including the children’s play area.

An obstacle course was also set up for the birds in Singapore to help strengthen their leg muscles.

The Humboldt penguins are native to the coastal areas of the South American countries and are listed as vulnerable on the International Union for Conservation of Nature.

They have a lifespan of around 20 years and the base of their beaks is distinctively pink.

Over-fishing, climate change and ocean acidification have been blamed in part for the reduced population of the birds.