Zoo where animals are kept in rubbish-strewn cages and ponds

Forced to live in filth: Zoo where animals are kept in rubbish-strewn cages and ponds filled with garbage is condemned by World Wildlife Fund in Indonesia

A filthy zoo in Indonesia has sparked outrage from animal rights activists after pictures emerged showing monkeys and crocodiles living in rubbish-filled cages.

One image showed a monkey crawling around surrounded by crisp packets, plastic beakers and assorted pieces of garbage, with a plastic carried bag dumped outside.

In another picture, a crocodile was seen swimming in a dirty pond surrounded by litter including discarded plastic cups.

There was also concern over food as a further photo showed a Cassowary flightless bird next to a bucket with slimy and rotten-looking contents. 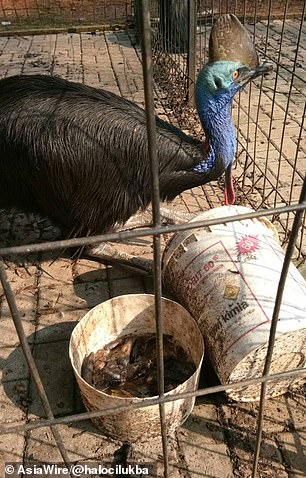 Filthy conditions: A monkey at the Indonesian zoo was living in a cage filled with litter (left) while a flightless bird had a bucket of what looked like rotten food (right)

The pictures were taken at what is described as a ‘mini-zoo’ within a military compound.

The site in the city of Depok, West Java, belongs to the Strategic Army Command (Kostrad), a part of the Indonesian armed forces.

The images were posted onto social media with a caption describing the conditions as ‘far from proper’.

‘The situation is very inappropriate, and this is open to the public. Is there anything you can do? Guys, what should we do about this?,’ wrote the user who shared them. 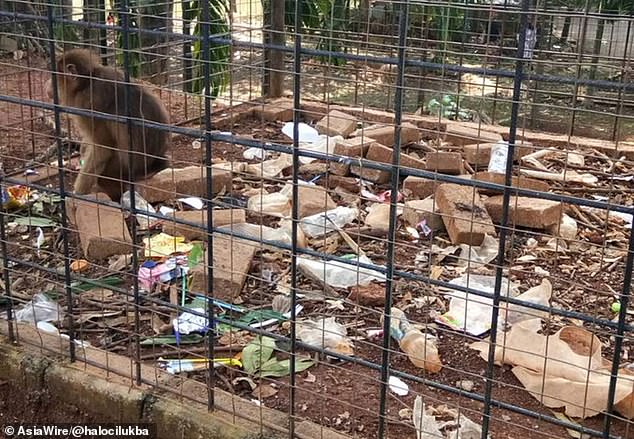 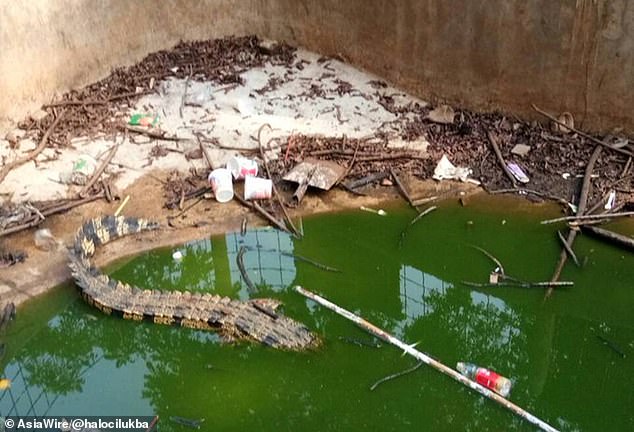 Dirty pond: The area for this crocodile was also dirty, with empty plastic cups beside the water and a plastic bottle apparently thrown into the pond

The compound responded to the criticism and have reportedly cleaned the enclosures and cages.

Spokesman Colonel Adhi Giri Ibrahim said the zoo had been dirty because of the Eid holiday, saying there had been an increase in visitors while many officers had been on leave.

He added that clearer signs warning visitors not to drop litter had been put up in the compound.

The zoo would work with the BKSDA and would be willing to transfer the animals to a different zoo or release them into the wild if necessary, he said. 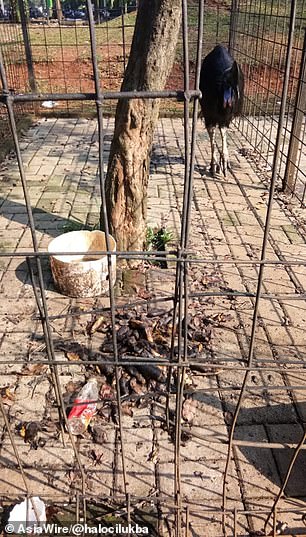 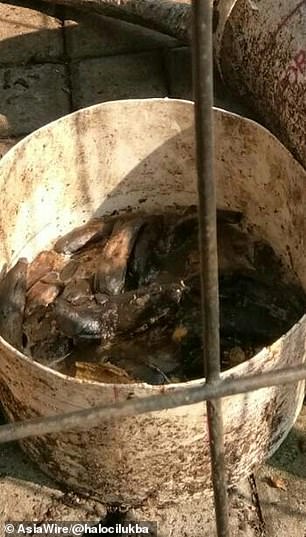 The Cassowary bird also had a filthy cage (left) with an empty plastic bottle lying on the floor, as well as the bucket of unpleasant-looking food (seen closer up, right)