A zoo worker in China has been accused of animal cruelty after allegedly beating a badger to death and dragging its body along the ground.

The incident was witnessed by horrified visitors who filmed the worker’s behaviour before uploading the clip onto social media.

Zoo management claimed the badger was ‘ferocious’ and not one of its captive animals. The member of staff has been penalised, according to a statement. 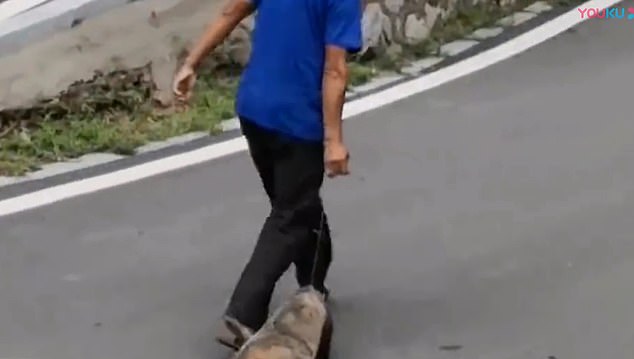 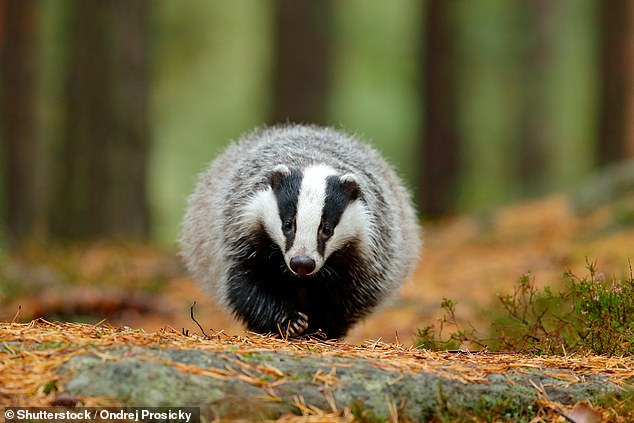 The worker was caught attacking the animal in Dalian Forest Zoo on August 15.

Footage shows one man, who was wearing a blue T-shirt, carrying what appears to be a dead badger out of the bush before throwing the animal onto the ground.

It appears that he was working with two colleagues, who were dressed in the same uniform.

The worker then picked up the lifeless badger and dragged it along the ground.

The three men are said to be gardeners who are employed by the zoo through an agency. 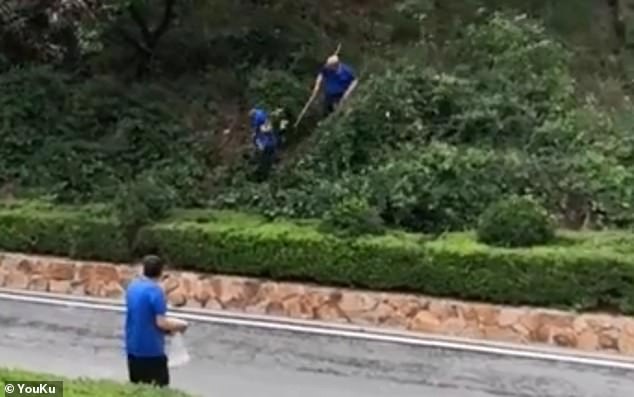 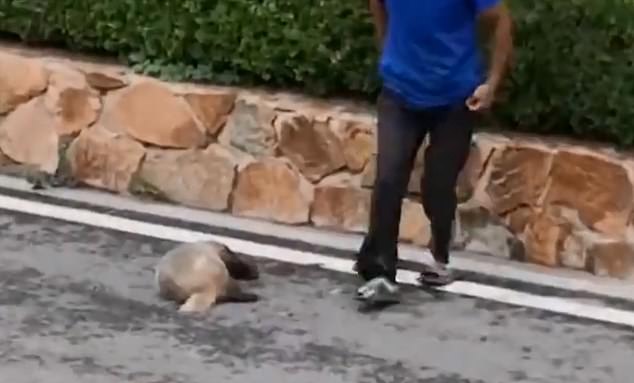 The video sparked an outrage on Chinese social media and web users urged the zoo to investigate the matter.

It said the animal had appeared in the bush on a slope in the zoo a few days earlier and posed a serious threat to tourists.

In a statement posted on Tuesday on Twitter-like Weibo, the zoo said the workers had decided to catch the badger in order to prevent it from harming visitors.

It also said that the workers had decided to hit the badger after being assaulted and injured by the mammal. 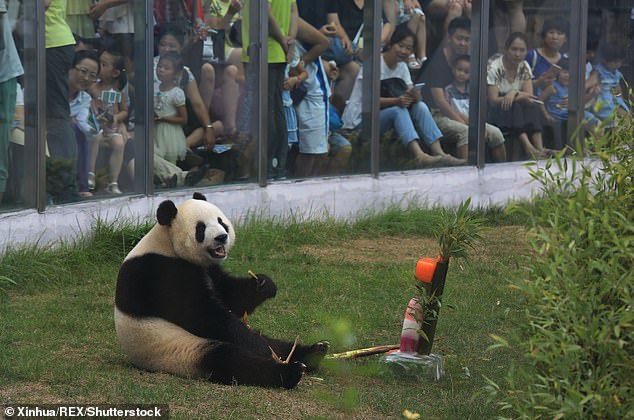 The zoo admitted that the workers had not dealt with the incident properly.

‘We feel heart-broken and ashamed of it,’ the statement said.

The men have been educated by the zoo and punished by their agency, the zoo added.

Identified by white-and-black stripes on their faces as well as their grey fur, badgers can be found around the world and are known for their ability to dig holes into the ground.

They are nocturnal animals and mainly feed on worms and insects.

Badgers are not listed as a protected wild animal species in China.