A Zoom meeting has descended into chaos after an enraged local councillor erupted at the Mayor and repeatedly slammed his fist into a desk.

In a clip from the four-hour-long video conference, Rod Bradley – a councillor for Cambridge, in Perth’s western suburbs – is seen becoming increasingly frustrated before the Mayor Keri Shannon says: ‘You’re acting like a child’

Mr Bradley even begins flicking his lamp on and off during the outburst after his complaints about a last-minute discussion of a council payment went unheard.

‘I just think that I’m a busy person, I’ve got a lot of commitments in my life and then you spring this on me at half-past-five in the afternoon before a six o’clock council meeting,’ he told the video chat.

Mr Bradley said he couldn’t participate in the discussion because he hadn’t had the chance to read or understand the council payment.

‘I have trouble coping with it when you come along and say ‘oh we’re going to do this’. Well no sorry I’m not going to participate in this nonsense.

‘Crikey I don’t know somebody’s slack on this. They’re trying to manipulate us.’

His anger only intensified after Mayor Shannon tried to move on with the meeting, telling the councillor he had already made his point.

‘I don’t care. It’s wrong,’ he yelled as other councillors look concerned. 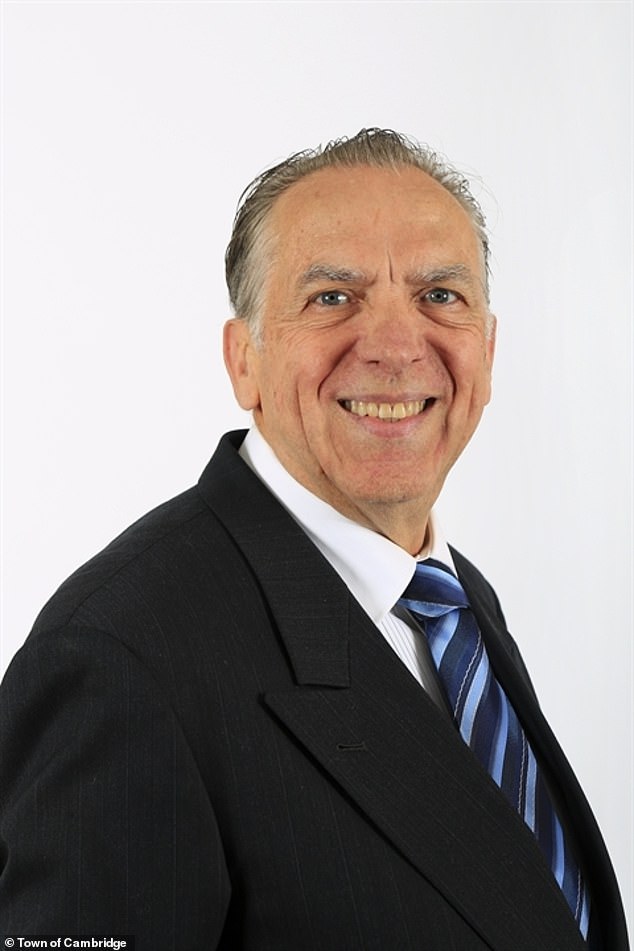 A loud thudding is heard as Mr Bradley thumps his fist against his desk, causing his computer screen to violently shake.

Mayor Shannon tells the councillor he is ‘acting like a child’.

‘I think we might just shut down Councillor Bradley’s speaker for a second. It’s just really another desk banging exercise. I don’t think we need it.’

The councillor refused to turn off his microphone and instead resorted to wildly flicking a lamp on and off, causing even more confusion. 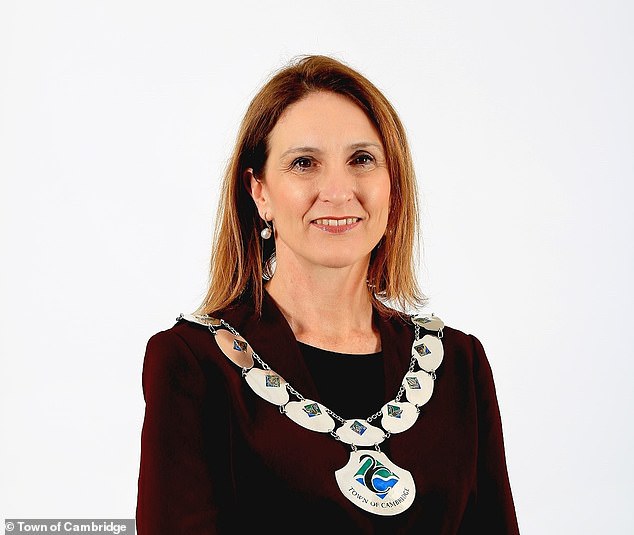 Mr Bradley later explained he liked to consider how taxpayer money is spent.

‘Something had to be said about this, so I said it.’

The councillor has held his seat in Cambridge for 19 years and claimed to receive more votes each year he is re-elected.

Major Shannon has labelled his Zoom meltdown as a breach of conduct which will be referred to the local government department.