The whale, estimated to weigh about 30 tonnes, became trapped in lobster rope on Sunday morning just outside Fremantle Harbour.

In a natural attempt to escape, the animal breached and rolled, which tangled rope around its belly and mouth.

John Edwards, a senior marine operations officer for WA Parks and Wildlife told Daily Mail Australia the whale, whose gender is unknown, had two lines wrapped around its body. 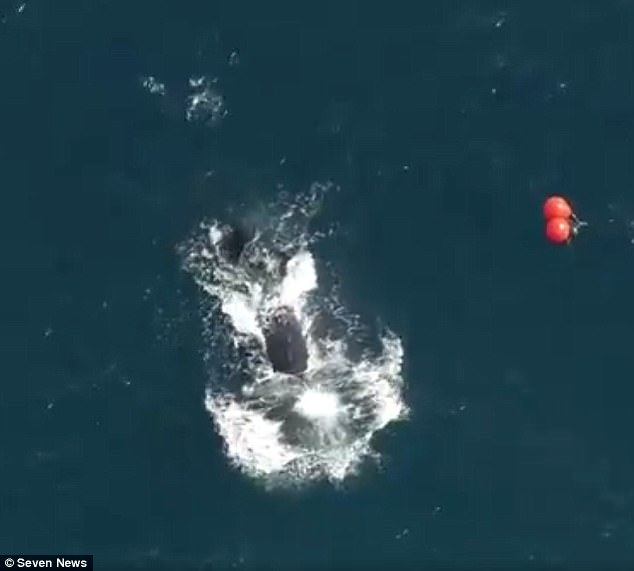 Authorities managed to attach themselves to the animal while it tired itself out, but just as they had gotten to a point where they could begin hacking at the whale’s entanglements, it breached one last time.

Heartbreaking footage shows the whale in deep distress, breaching and rolling to try and wriggle out of its entanglements.

‘The team that were on it did a great job, it was a very strong and aggressive animal, but we were at the stage when we could cut the rope away,’ Mr Edwards said.

‘But it made one last breach and roll and that’s when it broke away.’ 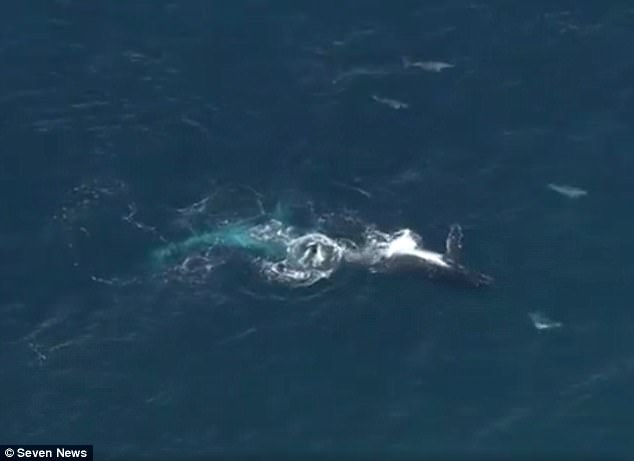 John Edwards, a senior marine operations officer for WA Parks and Wildlife said the animal was very strong, and broke away from the humans trying to save it 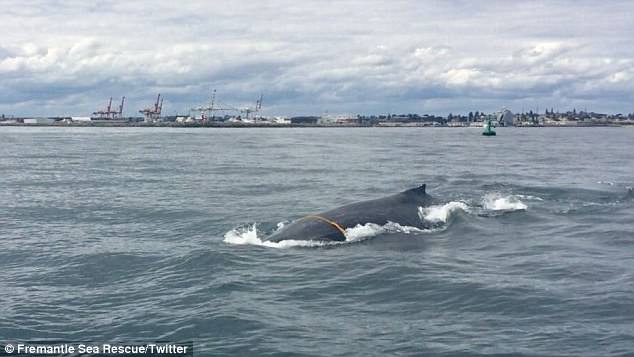 The massive whale is estimated to weigh about 30 tonnes, and authorities remarked on its strength and fitness

Rope was able to be removed from its tail, but not its belly or mouth.

Mr Edwards says as the whale had broken away and daylight was fading, it was unlikely they would be able to save it.

While the whale would be able to survive for the coming weeks with the rope still attached, he said it could impact the whale as it grows.

‘[The whale’s immediate future – its next few weeks, are not an issue, but as it continues to grow, if the rope doesn’t come off it will compromise the health of the whale,’ he said. 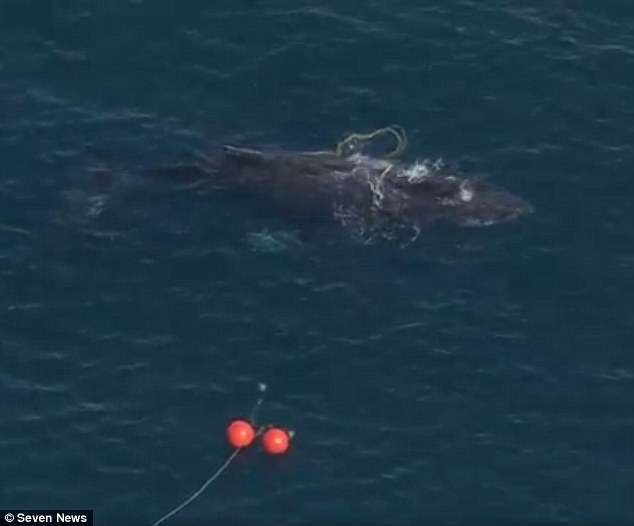 Mr Edwards said the whale could live a normal life if the rope comes off in the next few weeks, but its health would be compromised otherwise