A survivor of female genital mutilation has revealed how the morning of the procedure was made to ‘feel like Christmas’ in a heartbreaking interview.

Hoda Ali, a sexual health nurse and activist, recalled the day she was was ‘cut’ when she was just seven years old at home in Somalia.

‘So the morning I had FGM it was like Christmas to me,’ she said in the interview on Channel 4 documentary 100 Vaginas.

Hoda, who now lives in the UK, revealed the procedure left her with an opening ‘no bigger than a matchstick head’ and the decades of complications have left her unable to have children.

Lifelong suffering: Hoda as a child, pictured left, after she had suffered FGM aged just seven during a ceremony in Somalia. She has suffered a lifetime of complications since she was cut. She was one of many women interviewed as part of Channel 4’s documentary 100 Vaginas 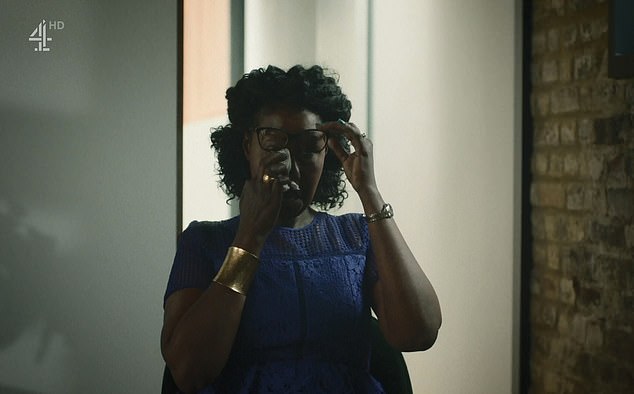 Heartbreak: Hoda started tearing up at the thought of not being able to carry children as a result of the FGM she suffered as a child. She said: ‘It took away my chance to be a mother’

The activist was one of many women interviewed as part of the documentary, which aired last night.

Practiced on an estimated 98 per cent of girls in Somalia at the time, Hoda had grown up to view FGM as a rite of passage shared with her friends and family.

‘That was the first time I got a watch – so every time I look at the watch, I think of those days.’

A traditional ‘cutter’ came to her family home in Somalia to perform the procedure on Hoda and her younger sister.

‘I felt the needle going in, and after that everything just went quiet.’

Hoda described how she feels ‘lucky’ to have had local anesthetic as many girls are cut without any medical assistance at all. 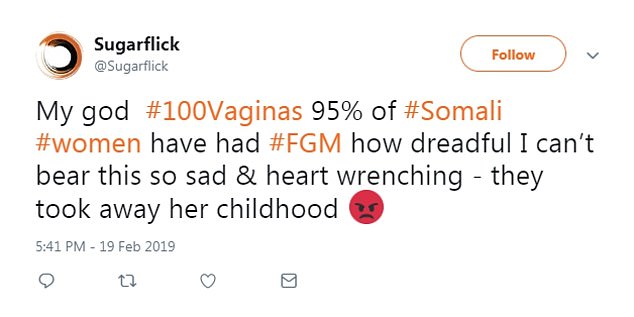 Harrowing: Viewers were left shocked by Hoda’s traumatic story about FGM in childhood

In one heartbreaking moment, she recalled being told ‘now you are a woman’.

She continued: ‘Once the local anesthetic was coming out of my system, I was burning, I remember screaming and just crying.’

Hoda had undergone type three FGM, one of the most severe types of non-medical procedures that is practiced on girls across parts of Africa, Asia, and the Middle East.

She described the removal of her clitorus, labia minora and labia majora, saying: ‘They stitched it all the way down until they left me a little hole that is no bigger than the head of a matchstick.’

Hoda went on to say that she spent most of her childhood from the age of 11 to 17 in hospital due to complications from the ‘cut’. 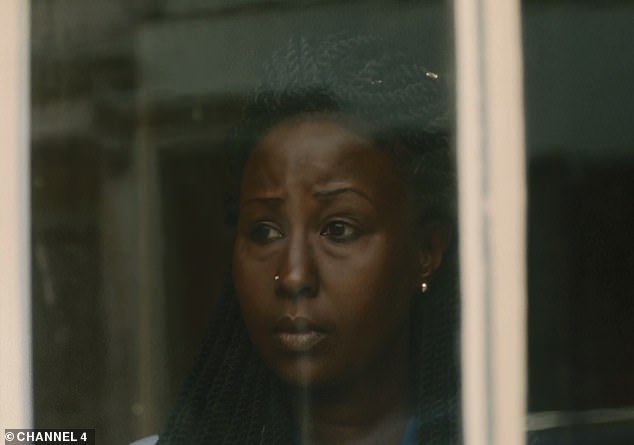 Traumatic: The nurse and campaigner describes feeling lucky to have had local anesthetic as other girls are cut without any medical assistance at all 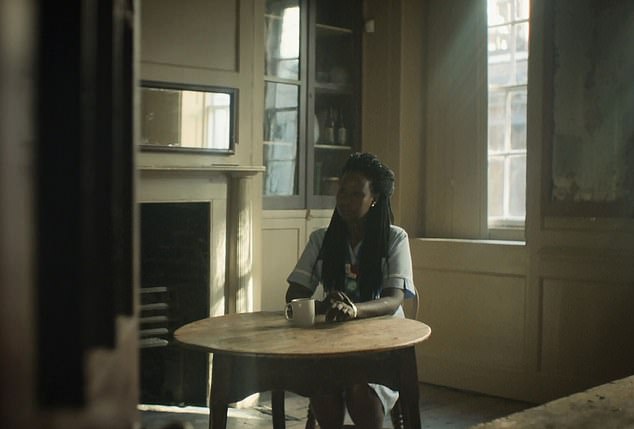 Helping others: Hoda now works as a sexual health nurse, and says she talks about vaginas every day

‘My period was accumulating inside and it wasn’t coming out. FGM took away my childhood. I was never that girl playing outside with her friends or going to go to the cinema with my friends.’

She said, choking back tears: ‘And it took away my chance to be a mother. Now I will never know what it is like to carry my own child. All of that was taken away to prove to my future husband that I was a virgin.’

Hoda, who is married to a British man, now lives in the UK and campaigns to put an end to FGM.

She and her husband have attempted IVF once, but the first cycle ended in miscarriage, and Hoda suffered severe complications which saw her organs begin to shut down. 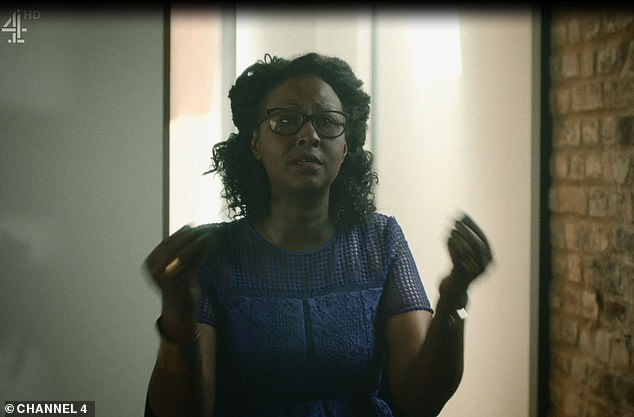 Ongoing treatment: The brave campaigner describes the many hospitalizations she’s had between the ages of 11-17, which she says destroyed her childhood

She ended up in intensive care for four weeks and now doctors say it’s too dangerous for her to attempt another cycle of IVF.

Despite the complications, Hoda stated that she is still able to have a ‘really nice sex life’ and orgasms.

The nurse and activist was interviewed by as part of Channel 4’s 100 Vagina documentary, and photographed as part of the Womanhood project by Laura Dodsworth. 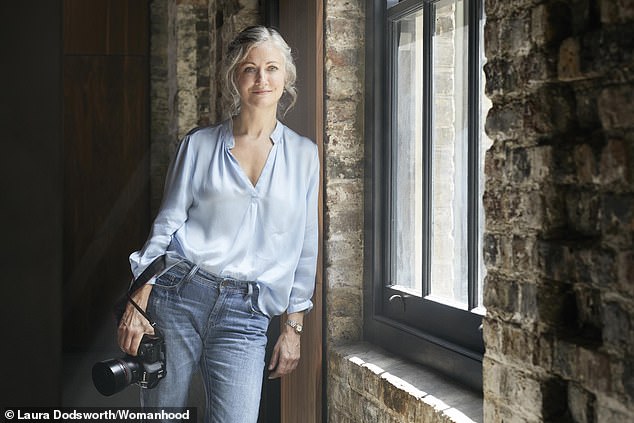 Photographer Laura Dodsworth, who took pictures of 100 women’s vaginas including Hoda’s, said every woman on the crew cried when hearing Hoda’s story

Photographer Dodsworth was convinced to do the Womanhood project, which involved photographing 100 women’s vaginas, having read about FGM.

She told Refinery 29 that a voice ‘rose up inside me and I knew I had to do it’.

She added: ‘Every single woman on the crew cried when one lady told us her story of FGM, it was incredibly moving.’