Some say the secret to a long life is staying physically active, others say that it’s maintaining a healthy diet.

But 104-year-old Virginia Leitner, of St Charles, Missouri, says the real key is keeping up-to-date with the changing world and being creative.

‘I always say: “Just don’t tell me to be good, because I want to dance and have fun”,’ she wrote in a first-person piece for STAT News.

Leitner has taken classes to learn how to use a computer, sews, showcases her paintings and has even competed in a pageant.

All of her relatives have lived well into her 90s including both of her parents, her uncles and her sister – so some experts may say a long life is in her genes.

Leitner, who’s being studied by scientists, says her so-called ‘secrets’ are quite textbook and says that anyone – as long as they stay positive – can follow them to achieve success. 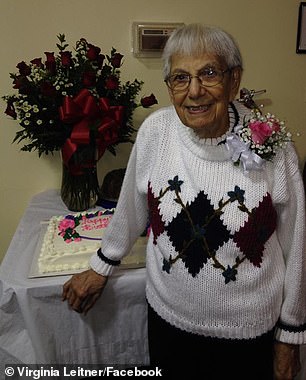 Virginia Leitner (left and right) of St Charles, Missouri, celebrated her 104th birthday in February. Her motto for a long life is: ‘Don’t tell me to be good, because I want to dance and have fun’ 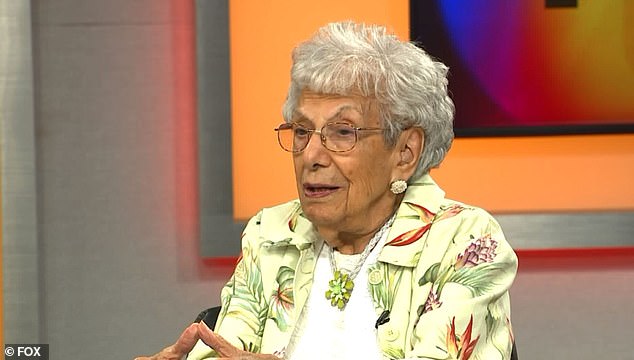 The number of centenarians, people who are aged 100 or older, has been rising for the last 20 years.

And this rise is only expected to continue. Experts estimate there will be 3.7 million centenarians globally by 2050.

Leitner, who is currently a participant in the New England Centenarian Study, says one of the keys to aging well is staying active.

She exercises every morning to ‘help with her balance’ and she does a lot of work with her hands, including sewing and art work.

‘My family didn’t have any money during the [Great] Depression, but I would [sew] clothes from flour sacks,’ she wrote.

‘I kept making my clothes, and didn’t buy anything new until after I got married at [age] 22.’

According to the St Louis Post-Dispatch, Leitner married her first husband, John Burton Davis, in 1937.

Davis was a pilot in the United States Army Air Corps and Leitner was a housewife who painted china plates, made ceramics, and painted watercolor and oil paintings.

She took a 50-year-hiatus when Davis died to join the workforce but picked it up again in 2007.

In fact, in 2012, she got her first gallery showing at the St Peters Cultural Arts Centre at age 97, reported the Post-Dispatch.

‘I also entered my artwork when I participated in the Ms Missouri Senior America pageant in 2017,’ Leitner wrote in STAT.

‘I didn’t win, but I did make 11 new friends, getting to know the contestants.’ 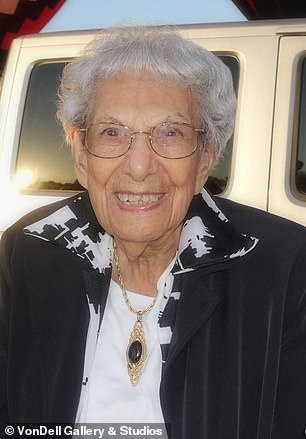 Leitner (left and right) sews and currently paints watercolors and oil paintings. She says some of secrets to a long life are staying positive and using her hands 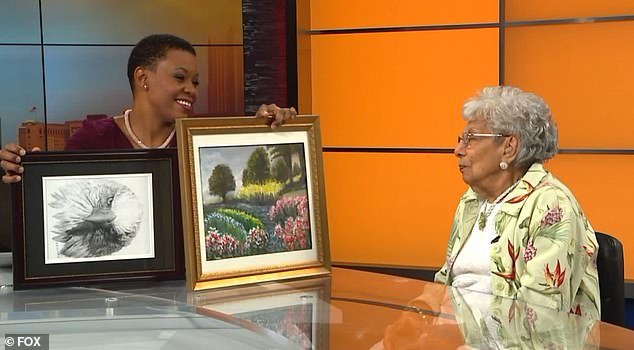 Several studies have found that a being around people helps maintain a longer and healthier life.

A 2005 study found that older people with a large circle of friends were 22 percent less likely to die than those with fewer friends.

And a 2007 study revealed that chronic loneliness can actually cause disease at the cellular level.

Having a close circle of friends has also contributed to another key to longevity: a positive attitude.

‘I’ve learned over the years that you have to focus on the positives,’ Leitner said.

‘In the building where I live, I’m starting an optimist club, where people can gather to look at the bright side of life.’

Another secret is to never stop learning. Leitner only went to school until eighth grade, but says it’s not too late to educate yourself on the changing world.

‘When I want to figure out how to do something, I find a mentor or I go to the library,’ she wrote.

‘I learned the computer from taking a class years ago. I’ve had an iPhone for the past couple years, but I’m still having some trouble with it.’