12 years after her husband was killed by yobs, Baroness Newlove hits out at lack of action

Families are still living in fear of yobs: 12 years after her husband was killed, Baroness Newlove hits out at lack of action to curb violent crime and slams 15p charge for non-emergency police calls

Families targeted by yobs should not have to pay to report crimes to the police, the Victims’ Commissioner said yesterday.

Baroness Newlove condemned the 15p fee charged by phone firms for every call to the police 101 non-emergency number.

‘Why should there be a charge when 999 calls are free?’ she said.

Helen Newlove released a major report yesterday saying that families suffer in silence because police and councils routinely ignore gangs of yobs. She said ‘depressingly little’ had changed since her husband Garry was killed by drunken thugs outside their home in 2007.

Nearly four in ten people endured or witnessed antisocial behaviour in the last year – the highest level on record – according to the latest annual crime survey for England and Wales.

Baroness Newlove said it was ‘infuriating’ that loutish behaviour – including intimidation, drug-dealing, vandalism, drunken rowdiness and verbal abuse – was dismissed as low-level crime. She said it was instead ‘sustained and remorseless bullying and harassment’. Her report said it was a struggle to make public bodies understand the seriousness of antisocial behaviour and give support to victims. It found that: 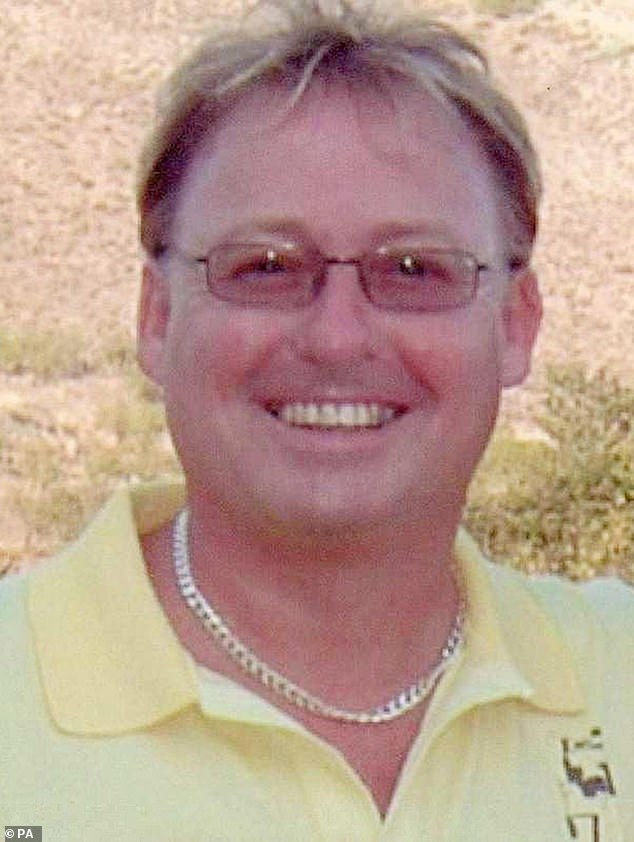 Garry Newlove, Baroness Newlove’s husband, was beaten to death by a gang of yobs outside the couple’s home in 2007

The withering 44-page report warned that repeated failure to tackle the problem had led to an escalation in serious violence – and was often fuelled by county lines gangs. Last week figures showed knife crime had reached record levels, with an average of 112 offences a day.

Offences reported to the police in ‘Wild West Britain’ reached a 15-year high with 5.8million offences last year. Baroness Newlove said it seemed implausible that 12 years after the death of her husband in Warrington, Cheshire, she was still raising the issue of antisocial behaviour.

She said: ‘The feedback from victims is that, all too often, they feel they are being persistently targeted by their perpetrators, and yet persistently ignored by those with the power to prevent and intervene.

‘Their experience can be like living a nightmare. Antisocial behaviour is often downplayed as a petty, low-level crime.’ She told the Daily Telegraph that charging for 101 calls was fundamentally wrong.

Liberal Democrat home affairs spokesman Sir Ed Davey said: ‘By slashing community police, ministers have surrendered to the gangs and enabled a surge in antisocial behaviour ruining the lives of people up and down our country.’

A Local Government Association spokesman said: ‘Councils know people look to them to tackle the antisocial behaviour which can make a law-abiding resident’s life hell or blight an entire neighbourhood.

‘It’s a role they take extremely seriously but one which is being made increasingly challenging as a result of losing 60p out of every £1 they had from government to spend on services in the past decade.’

A Government spokesman said it was ‘committed to tackling antisocial behaviour and ensuring victims get the response they deserve’.