1,200 at funeral of Cardinal Cormac Murphy-O’Connor

Senior clergy joined politicians and mourners today for the funeral of the former Archbishop of Westminster Cardinal Cormac Murphy-O’Connor.

The cardinal, who became leader of the Roman Catholic Church in England and Wales in 2000 before retiring from his role in 2009, died on September 1 having suffered from cancer.

Around 1,200 mourners, including former Irish president Mary McAleese and Conservative MP Jacob Rees-Mogg, filed in to the Westminster Cathedral for a special mass today. 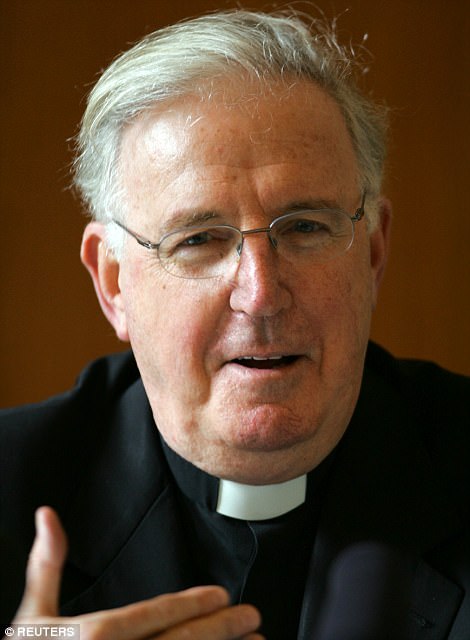 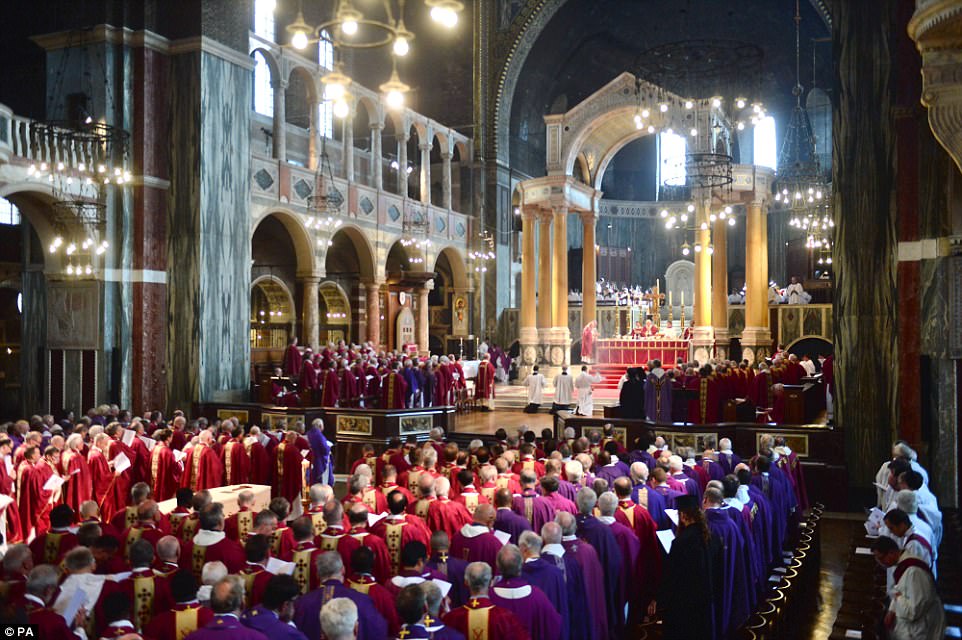 The 85-year-old died on September 1 after a battle with cancer. His funeral heard he was prepared to acknowledge mistakes 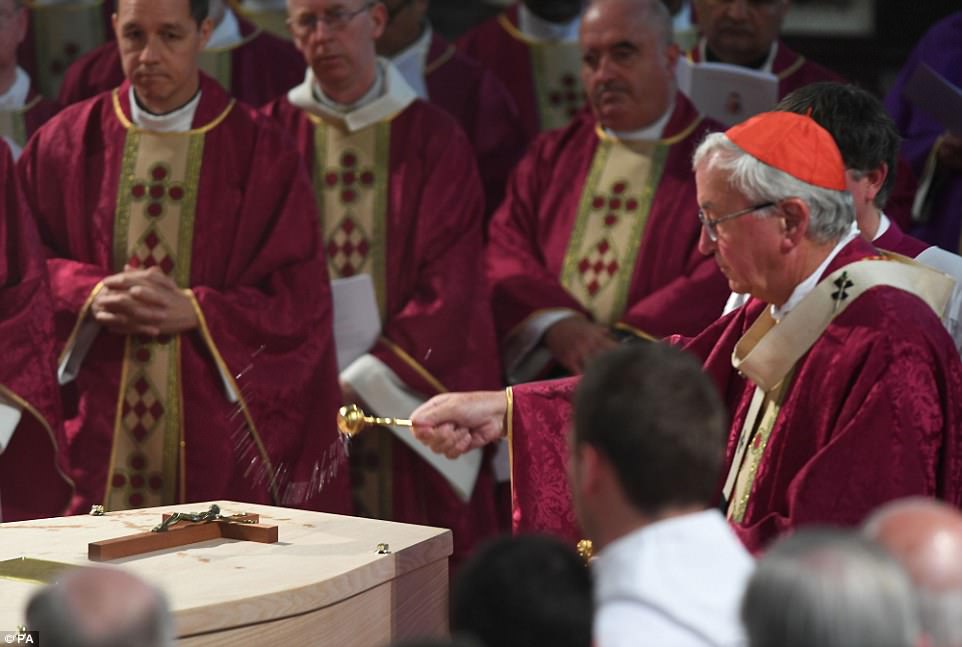 Following the the mass, which was taken by the current Archbishop of Westminster Cardinal Vincent Nichols, Cardinal Murphy-O’Connor was buried within a vault in the cathedral below the 10th station of the cross. 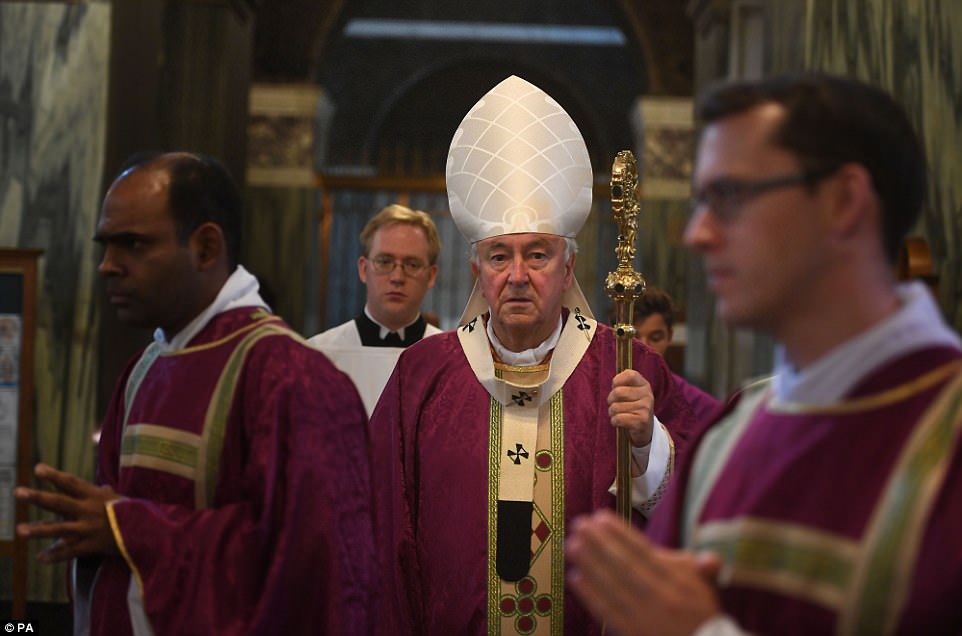 The service was led by Archbishop Cardinal Vincent Nichols, the current Archbishop of Westminster

Representatives of other Christian churches including the Archbishop of Canterbury Justin Welby, and his predecessor Dr Rowan Williams, Baron Williams of Oystermouth, took part in a procession, at which the Duke of Norfolk represented the Prince of Wales.

Archbishop of Cardiff George Stack paid tribute to a man who was ‘a priest to his fingertips’.

He said: ‘He was a gifted man who would have made a success of whatever career he chose.’

But he learned ‘a huge lesson’, the archbishop said, in an apparent reference to a controversy faced by Cardinal Murphy-O’Connor around how the church handled claims of child sex abuse. 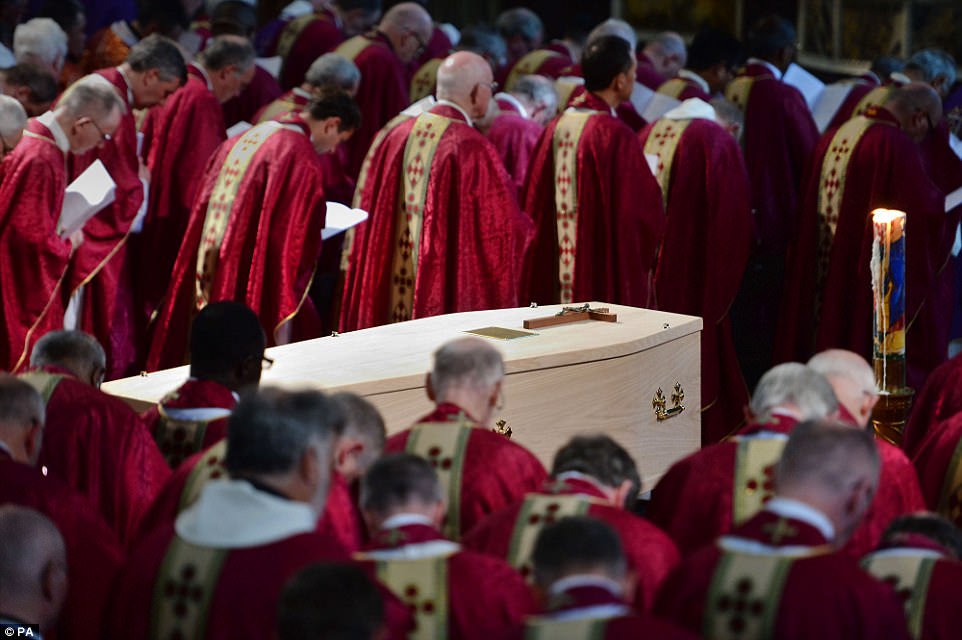 Scores of clergyman who attended the service filed past the cardinal’s coffin, which was placed in the centre of the church 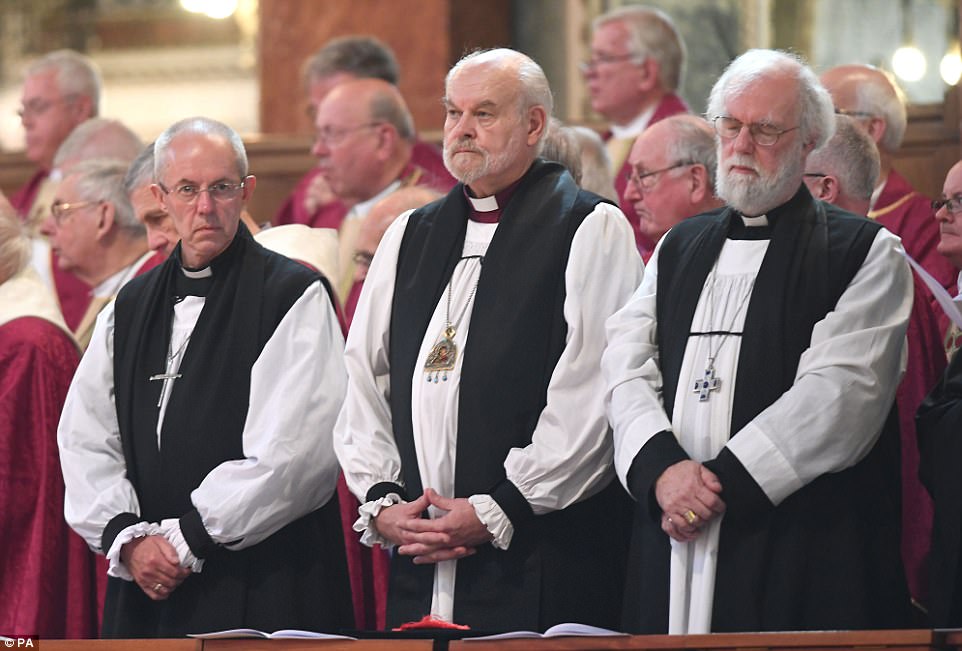 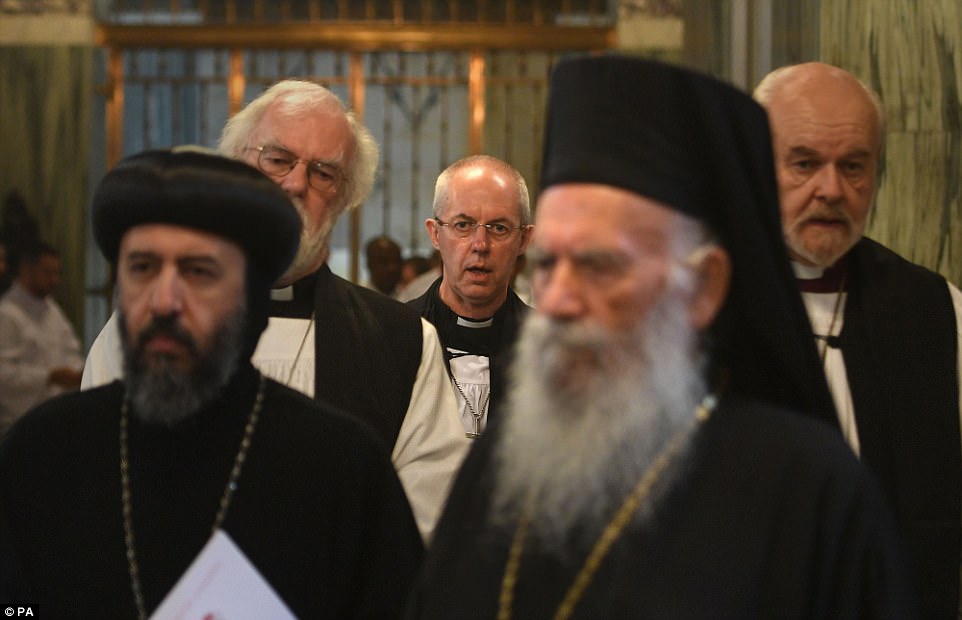 The cardinal’s funeral was attended by clergymen of many faiths, including the Greek Orthodox church 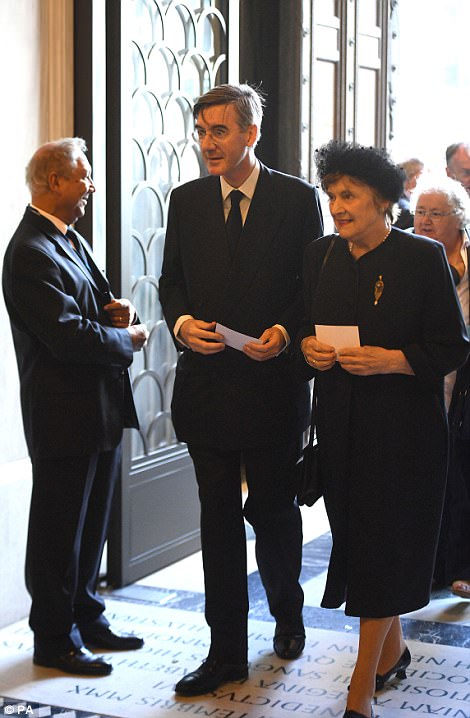 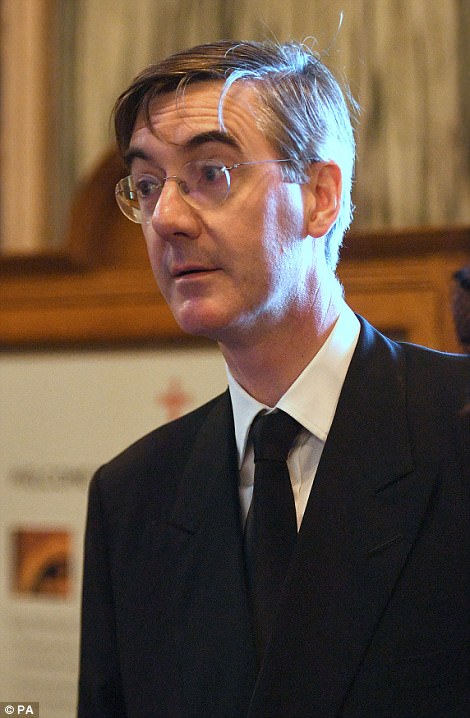 The service was attended by a number of politicians, including Conservative Jacob-Rees Mogg and his mother, Gillian

Archbishop Stack told mourners: ‘He acknowledged his mistakes. He made no excuses. He said the most difficult words of all, ‘I’m sorry’.

‘He learned a huge lesson and proceeded to establish the most robust safeguarding mechanism possible, a model for other institutions. Humility and action were part of the robe that he wore.’

Addressing the congregation Cardinal Murphy-O’Connor’s nephew paid tribute to his devotion to family.

Patrick Murphy-O’Connor, who said there were around 95 relatives at the funeral, added: ‘Cormac was much-loved and he would do anything for his family.’

Following the the mass, which was taken by the current Archbishop of Westminster Cardinal Vincent Nichols, Cardinal Murphy-O’Connor was buried within a vault in the cathedral below the 10th station of the cross.

Tributes have been paid to Cardinal Murphy-O’Connor by Pope Francis and former prime minister Tony Blair since his death. 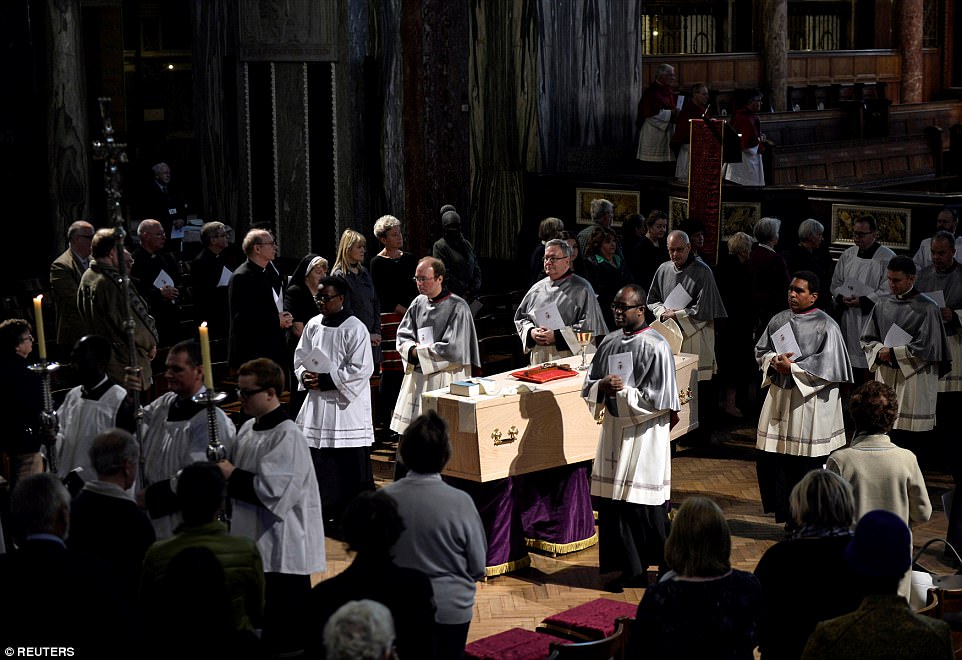