15 people are trampled to death in Afghanistan visa stampede

15 people are trampled to death, including 11 women, as thousands wait in Afghanistan to collect visas to enter Pakistan

At least 15 people died in a stampede in Afghanistan today after thousands of people had gathered to collect visas to enter Pakistan.

Eleven women and four men died and several other elderly people were wounded after the crush in Jalalabad on Wednesday.

Provincial officials said more than 3,000 Afghans had gathered at a football ground to collect tokens needed to apply for travel to Pakistan.

Hospital spokesman Zaher Adel said the victims had been trampled while they tried to exit the stadium.

Attaulah Khoygani, a spokesman for the provincial governor, said there were as many as ‘tens of thousands’ of people at the stadium.

‘Unfortunately this morning tens of thousands of people had come to the football stadium which led to the tragic incident,’ he said.

At least 10 people have been injured in addition to the 15 killed, a provincial hospital said.

The Pakistani consulate had resumed issuing visas last week after a seven-month pause because of the coronavirus outbreak. 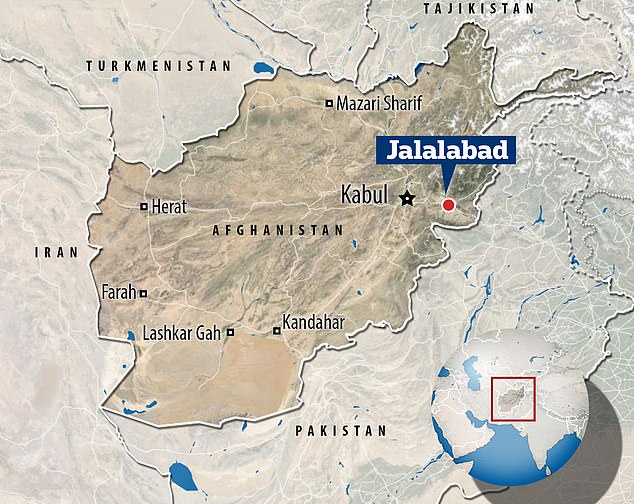 ‘We are engaged with Afghan authorities for better facilitation of visa applicants,’ the diplomat said.

‘We are committed to continue visa issuance to Afghan nationals under new visa policy while making the process smoother and streamlined at our end.’

Thousands of Afghans from Nangarhar and other nearby provinces had arrived since the early morning to apply for medical visas or to visit relatives.

To avoid large crowds from gathering at the visa centre the applicants had been directed to the nearby football stadium, Khogyani said.

In ultra-conservative Afghanistan it is customary for women to queue separately from men.