More than 160 North Korean fishermen face death by firing squad if they are returned home after shooting at a Russian border patrol who ‘caught them poaching’.

FSB security service detained the group at gunpoint and accused them of illegal fishing in Russian waters and using guns to resist arrest.

Four FSB border guards were wounded in the shootout, with at least one suffering ‘gunshot wounds’, and had to be flown by helicopter to hospital in Vladivostok.

If they are returned to Kim Jong-un’s hermit kingdom the men could face being killed by firing squad, a senior Moscow politician warned.

The conflict came after the Russians moved in on more than a dozen North Korean vessels. 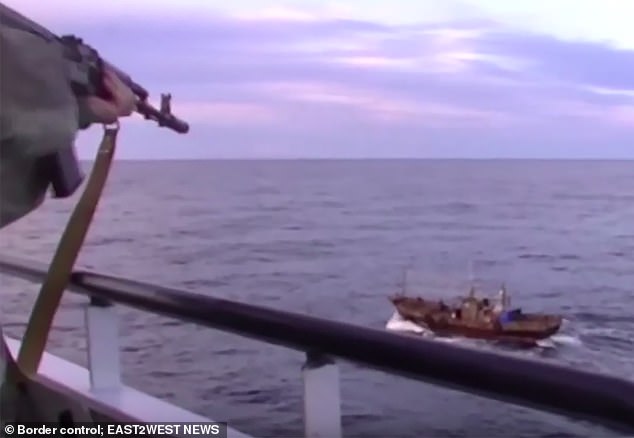 Video footage shows the Russian operation in which a total of 161 alleged ‘poachers’ and their boats were seized.

The detainees are now being brought to the Russian port of Nakhodka and they were provided with ‘necessary medical aid’.

Some North Koreans were wounded in the sea drama, according to Russian media reports.

Russian Asian expert Alexei Maslov said the detainees should be extradited after they are brought ashore tomorrow or Saturday.

But a leading senator warned that the group could be executed if they are handed over to North Korean officials after the ‘armed attack’ for causing embarrassment to Kim. 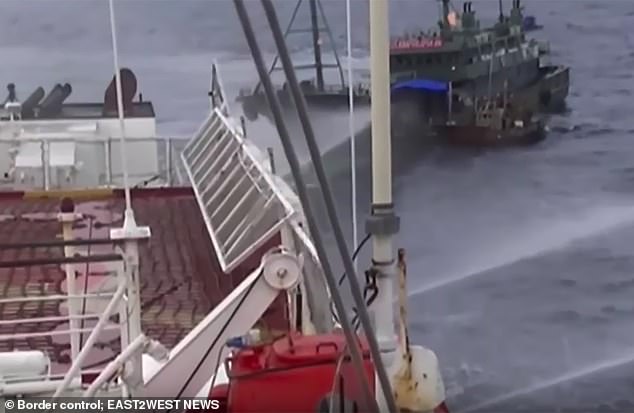 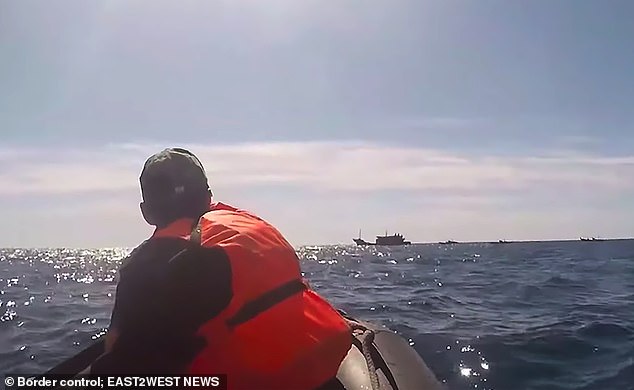 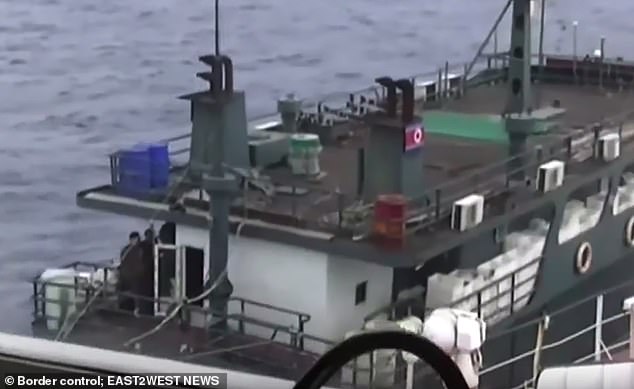 ‘I’m under the impression that if those guys were in Pyongyang’s hands, they’d be shot,’ said Andrei Klimov, deputy chairman of the foreign affairs committee of Russia’s upper house.

Moscow summoned the North Korean charge d’affaires on Tuesday to express ‘serious concern’ over alleged illegal and use of weapons fishing in the Russian Far East.

‘We demanded the Korean side to take exhaustive measures with the goal of preventing such incidents in the future.’

There are fears the conflict could threatening a warming of relations between Moscow and Pyongyang.