163-carat emerald-cut diamond to go under the hammer

A stunning flawless gem that has been hailed the ‘most beautiful diamond in the world’ will go under the hammer next month.

The 163-carat rock will become the largest flawless D-coloured diamond to be auction when it is sold at Christie’s, Geneva in November.

Sales of similar sized diamonds suggest it could fetch millions of pounds.

Breathtaking: This beautiful 163-carat diamond will be auctioned by Christie’s in November 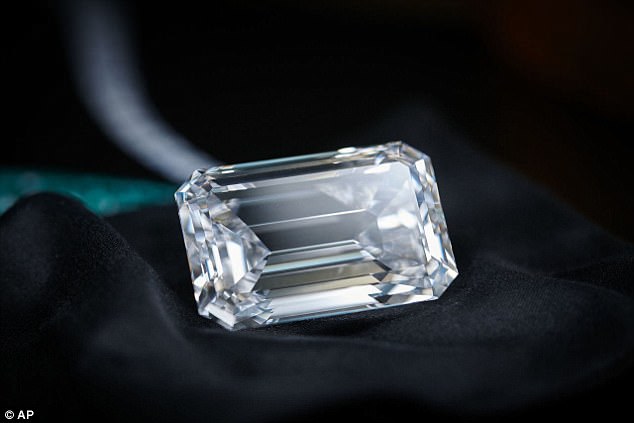 Before reaching Geneva, the staggering sparkler will be shown by the renowned auction house at events in London, Dubai and New York in a bid to drum up interest from international buyers. Last night it was put on show in Hong Kong.

The rock was carved from a staggering 404-carat rough cut diamond that was discovered in Angola in February last year, the largest ever found in the southern African country.

High-end jeweller Fawaz Gruosi, whose company GRISOGONO was tasked with creating the neacklace for the stone, described the stone as the ‘most beautiful diamond in the world’.

He said: ‘I never thought I would work with a 163.41 carat diamond of this quality. 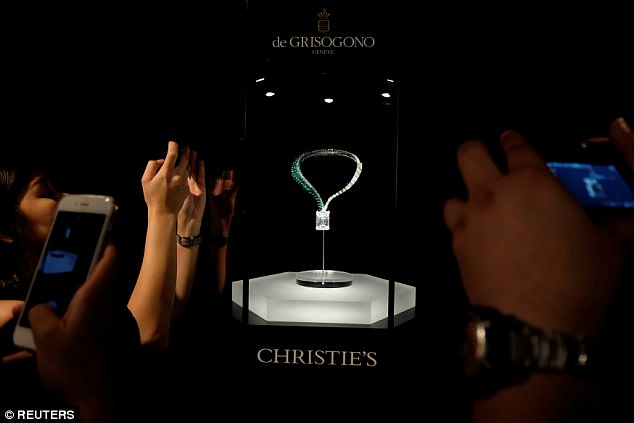 Dazzling: People gathered to snap photographs of the diamond during the Hong Kong event

‘I have never had a problem finding creative ideas, but this time there was the immense pressure of “dressing” such an amazing diamond. I couldn’t do something very simple or that has already been seen. I needed a design that is outside-the-box.’

The diamond will be auctioned at Christie’s Geneva on 14 November.

Francois Curiel, Christie’s chairman for Europe and Asia, said: ‘The largest stone that ever come up on the market before of this quality was 110 carats.

‘So this is a stone that is 50 percent bigger than the previous one. It’s an absolute rarity.’