A sprawling Grade II listed mansion with incredible royal ties has gone on sale for just £200,000, but auctioneers have warned the property needs ‘extensive’ work for potential buyers to live in luxury.

Troy House in Monmouthshire was built in the 17th century for the family of the Duke of Beaufort, with its imposing facades sitting in six acres of rolling countryside.

The neoclassical house was part of the Duke impressive property portfolio, alongside Badminton House in Gloucestershire and the nearby Great Castle House, in the town of Monmouth.

But after spells as a school and a hostel, the 33-bedroom property has been left in a dilapidated state, requiring extensive repair to return its to its former glory.

Troy House in Monmouthshire, pictured, is going under the hammer in an online auction on May 28 with a guide price of £200,000 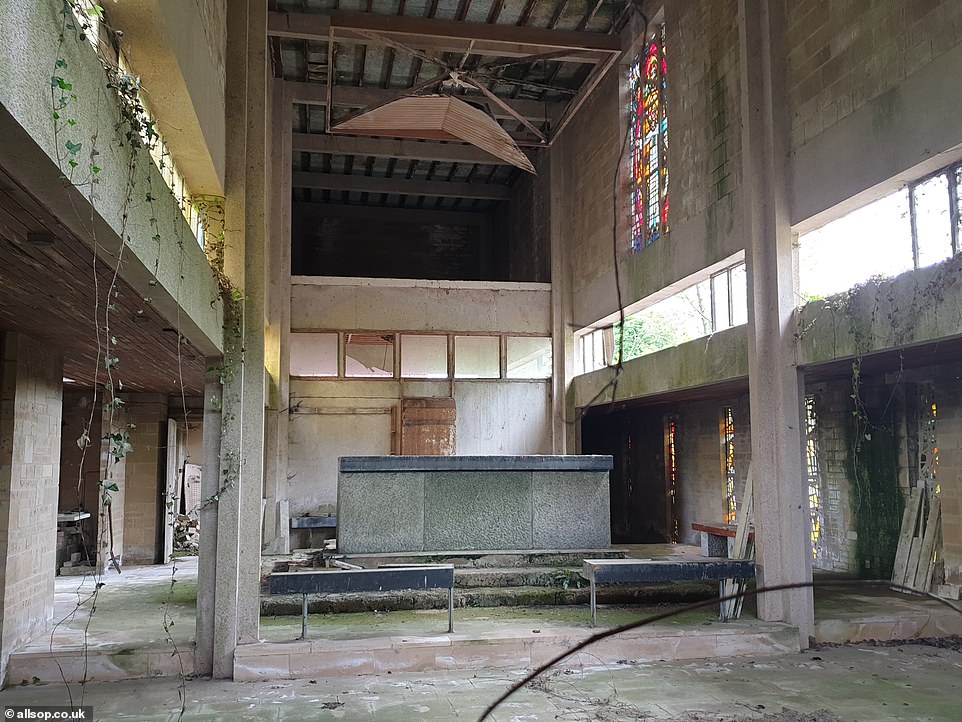 Despite the magnificent exterior, the inside of the mansion is very dilapidated and requires extensive modernisation 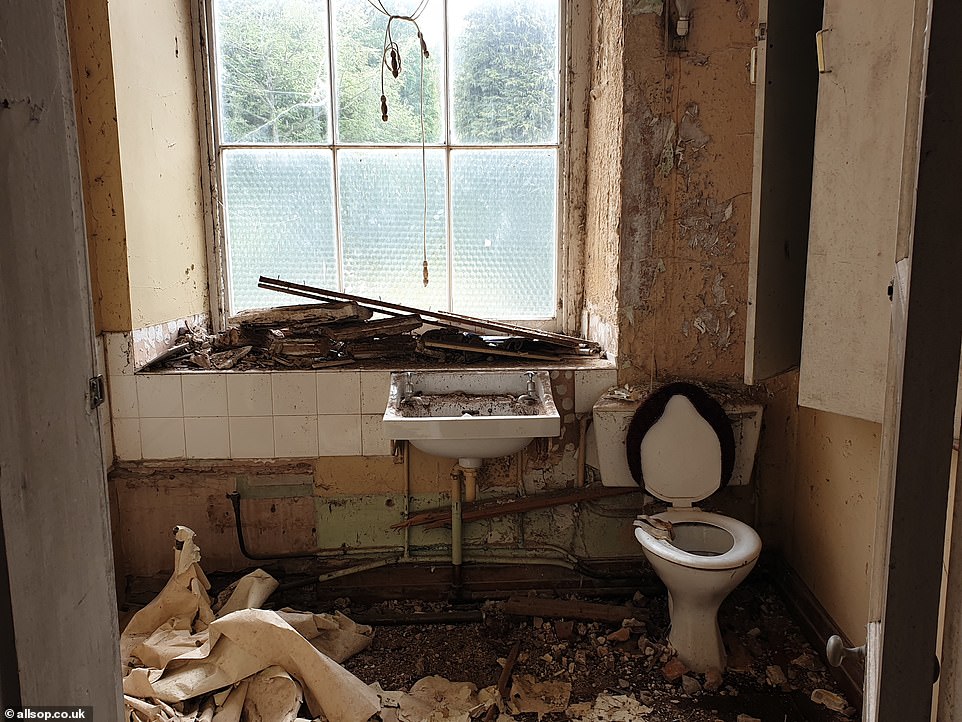 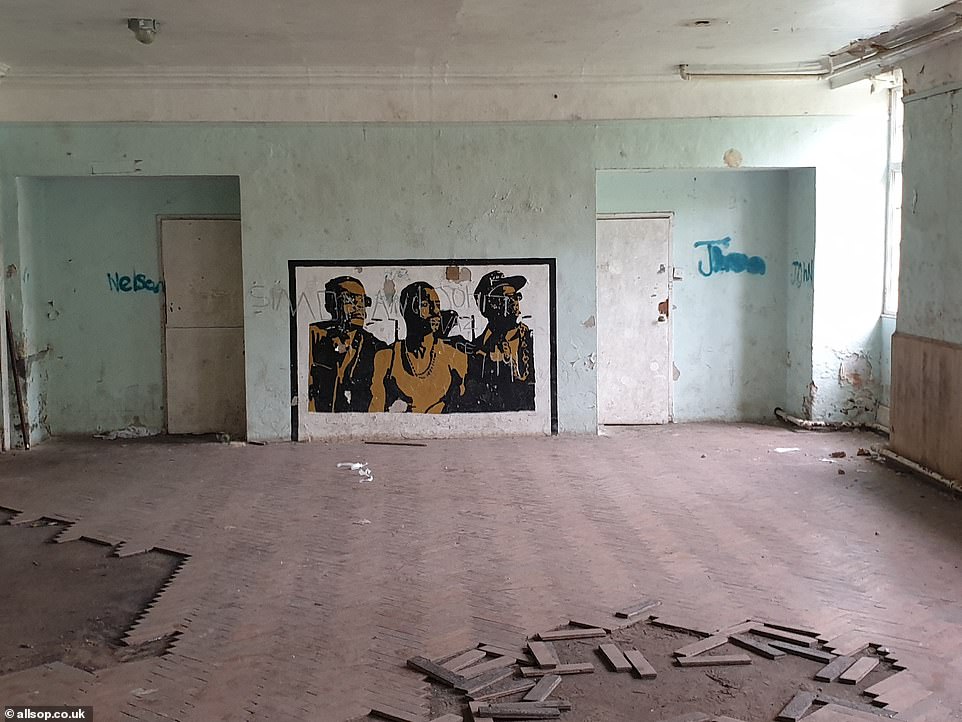 Having once hosted royalty, the house most recently was a school and a convent for a group of French Catholic nuns

Among the photographs showing the stunning exterior and fantastic location is a sober warning from the auctioneers Allsop: ‘Presented in poor condition and requiring extensive works of modernisation and refurbishment.’

The current house was built in the 17th century, but earlier versions hosted Henry VII. 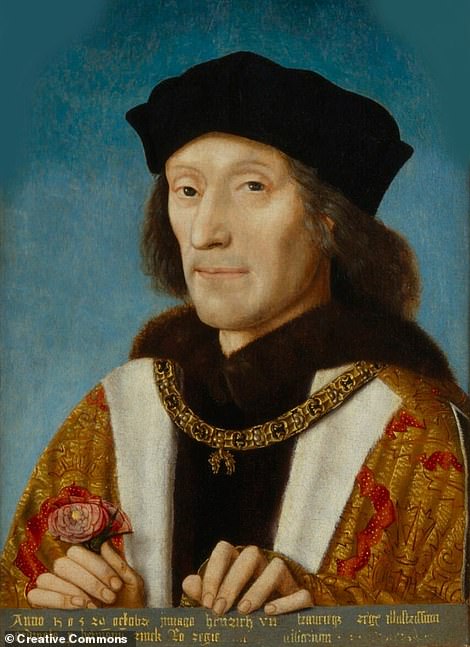 The house once hosted Henry VII who was visiting Wales with his wife, according to local historian and author Ann Benson

The oldest part of the house was built in the 1680s by Henry Somerset, 1st Duke of Beaufort.

The historian Ann Benson has information on the royal visit in August 1502, where Henry VII and his wife were hosted for five days while they travelled in Wales.

The house was later owned by an order of French Catholic nuns who used the building as a convent and a girls’ school.

Most recently it was a special school for boys.

The house is located between the A40 and the M50. The M5 and M4 are also nearby as well as rail services to Cardiff and Bristol.

According to the promotional material supplied by auctioneers Allsop: ‘The property is presented in a poor state of repair and requires extensive works of modernisation and refurbishment.

‘The property may afford possible potential for redevelopment and/or a number of alternative uses, subject to obtaining all necessary consents.’

The house was built as a wedding present to Charles Somerset from his father, 1st Duke of Beaufort. Beaufort’s fortune was restored by Charles II for his support for his father Charles I when the monarchy was restored in 1660

In 2015, property developers planned to build an extension to the property and convert it into flats, but these plans were blocked by the Welsh government.

Richard Adamson, Partner and Auctioneer at Allsop said: ‘Troy House has received a significant amount of interest with over 100 enquiries regarding the property, in just over a week of coming to the market.

‘We have seen a mixed-bag of interest from people who could use the property for multiple uses including as a private home, converting into a boutique hotel and spa or refurbished into luxury apartments, subject to planning.

‘The property has a committed seller who is happy for the house to be sold at true value – as a result, we anticipate some competitive bidding on auction day.’

The property will go under the hammer on May 28 during an online auction due to the Covid-19 lockdown. 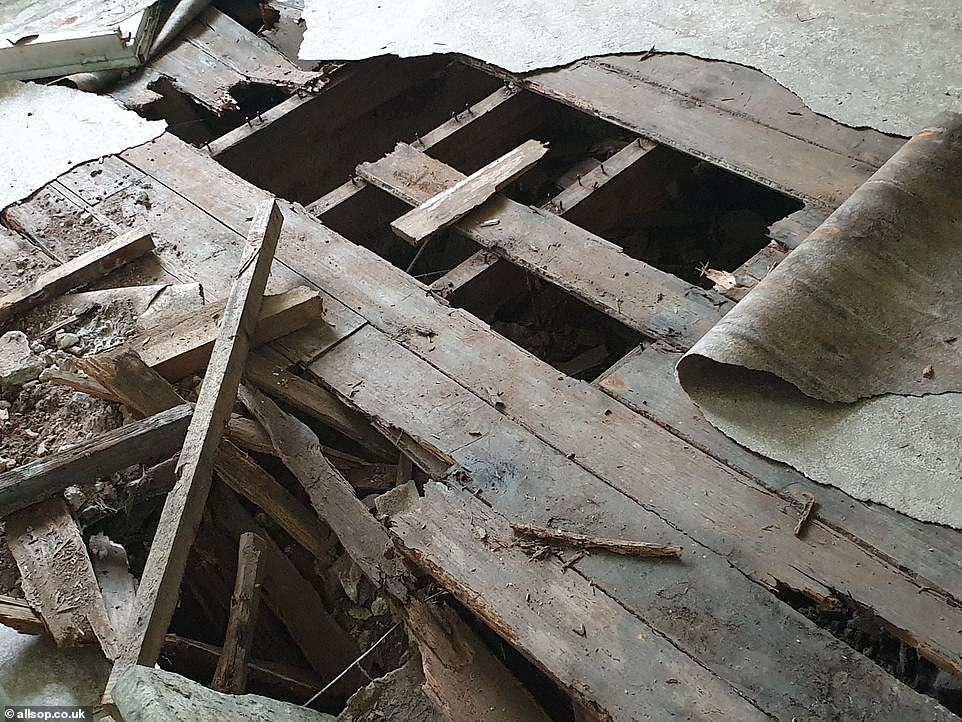 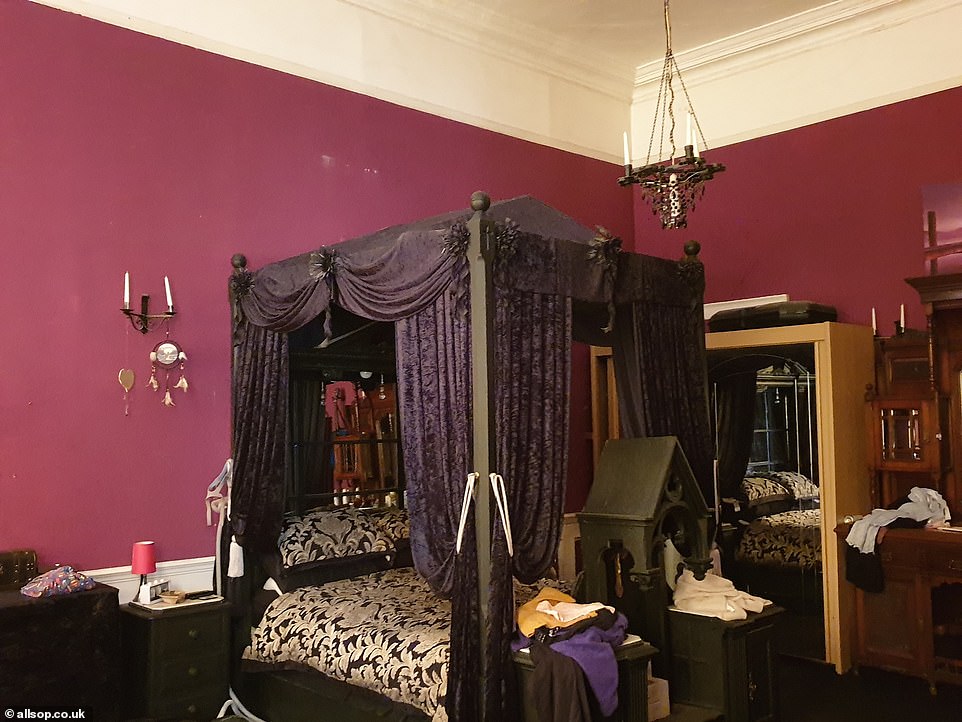 The sales agents say the property could be redeveloped as a family home, individual apartments or maybe a luxury spa, depending on the agreement of planning authorities. An earlier plan to redevelop the site was blocked by the Welsh government 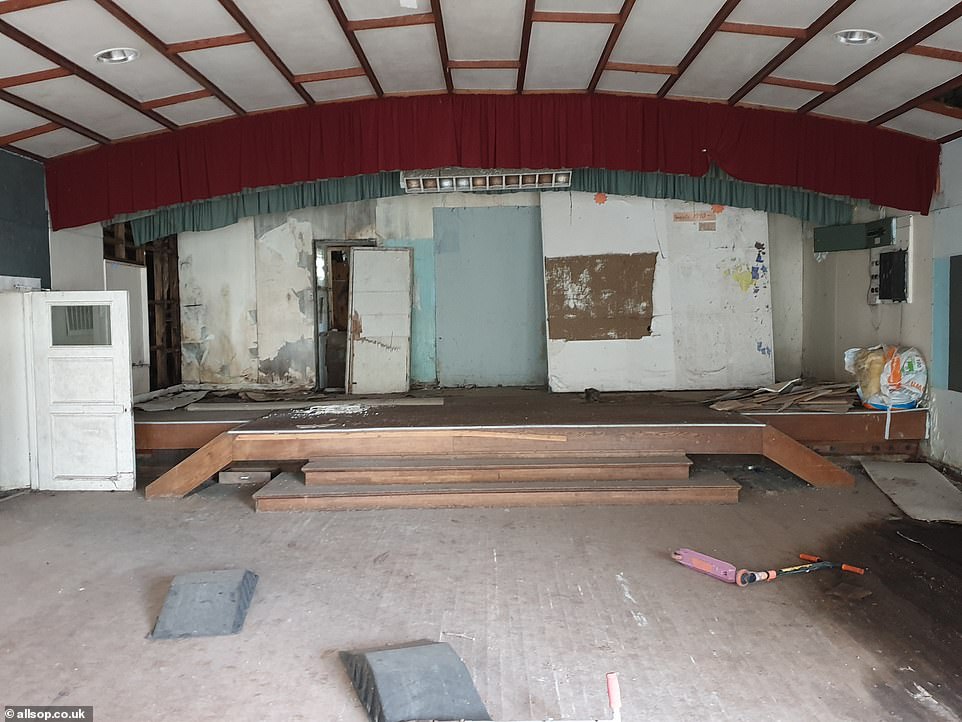 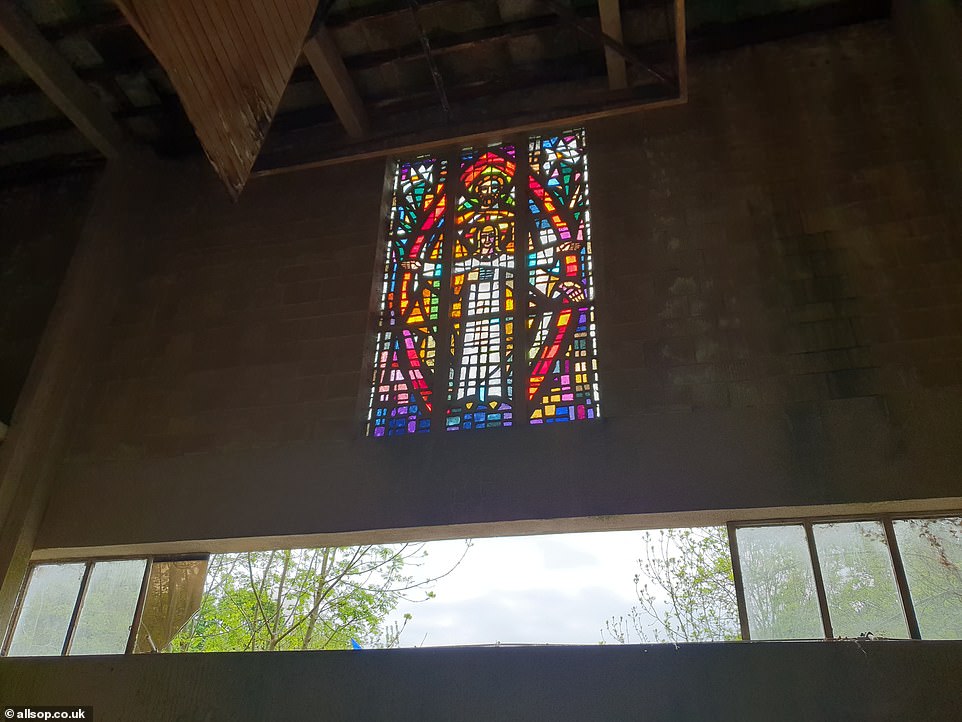 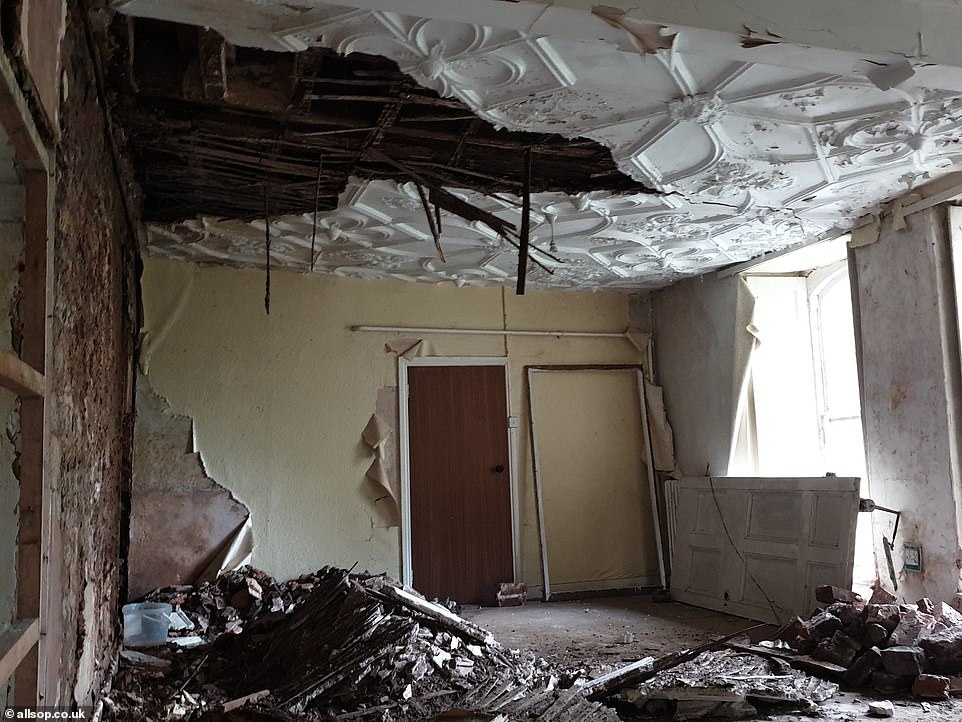 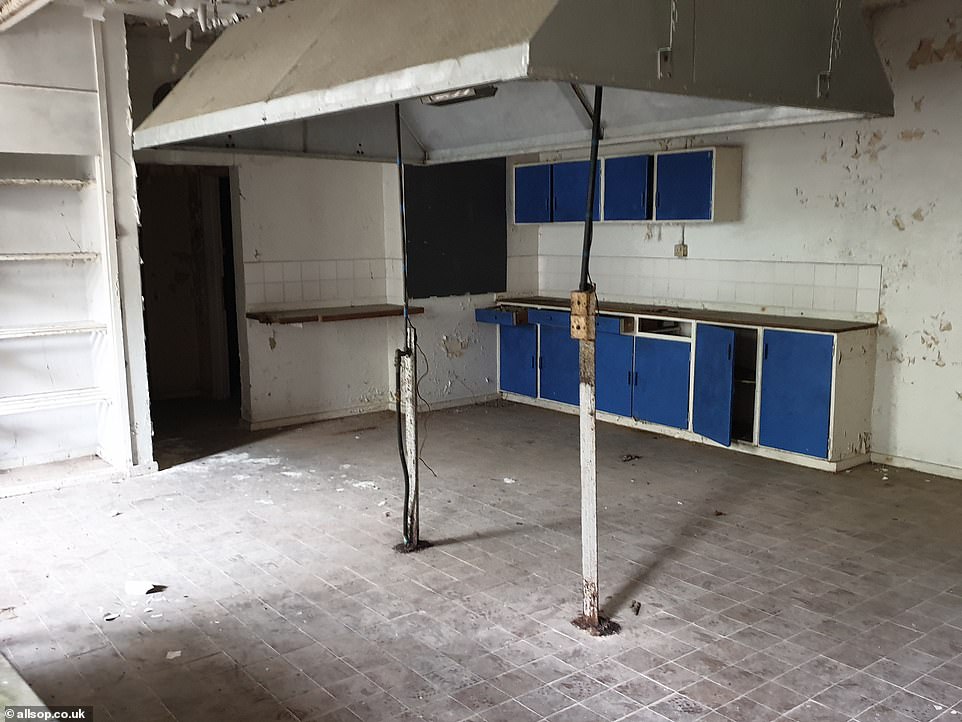 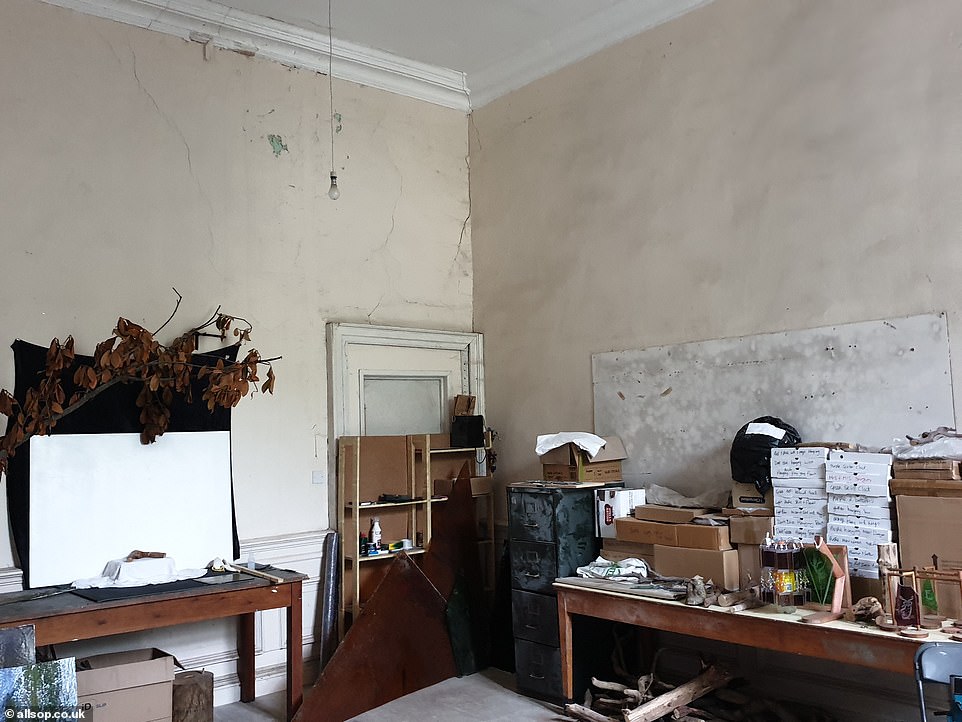 According to historian Ann Benson, the property was used as an administrative centre by the Somerset family from the late 1600s until its auction in 1901 when it was purchased by a French religious order 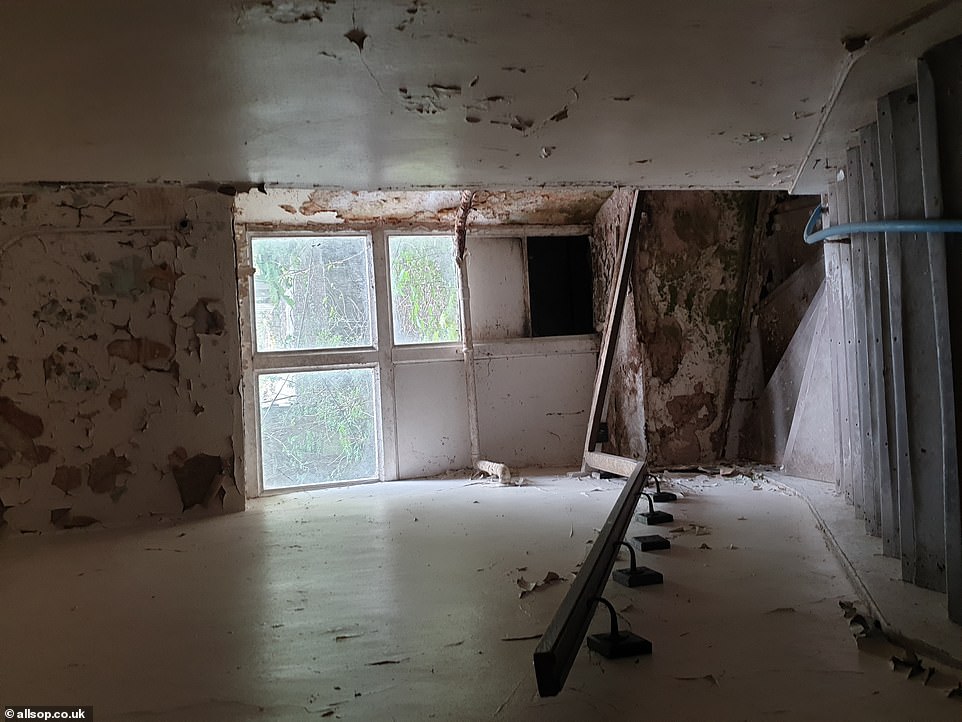 According to Ms Benson, the house was used by the family to manage their property interests across Wales