A three-storey cannabis farm has been discovered in a former nightclub in Coventry, the National Crime Agency (NCA) said.

Around 1,000 plants, worth more than £1 million, were found inside the property on Trinity Street on Thursday after officers smashed through several reinforced doors to gain access.

The cannabis plants were spread out across three floors, along with £150,000 worth of ‘sophisticated’ planting, growing and irrigation equipment, the NCA said. 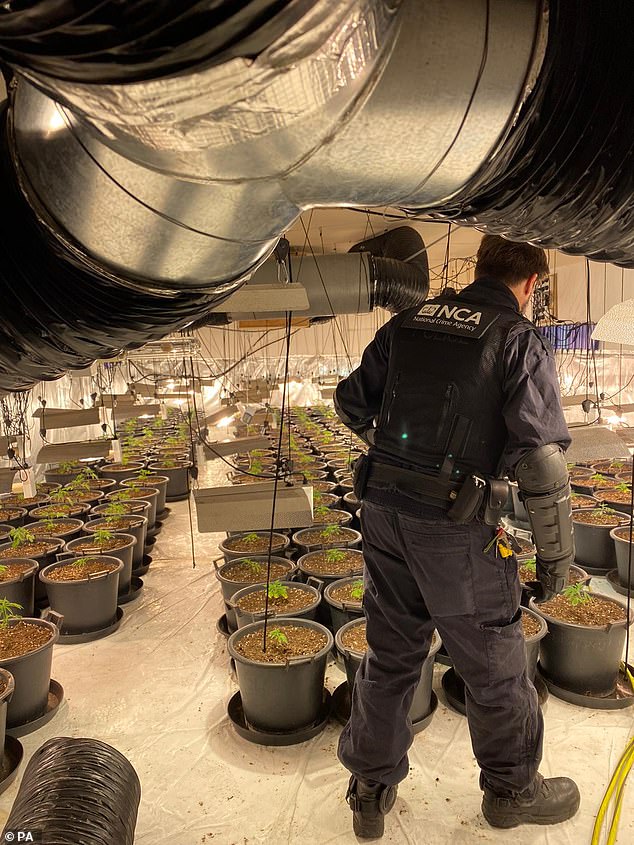 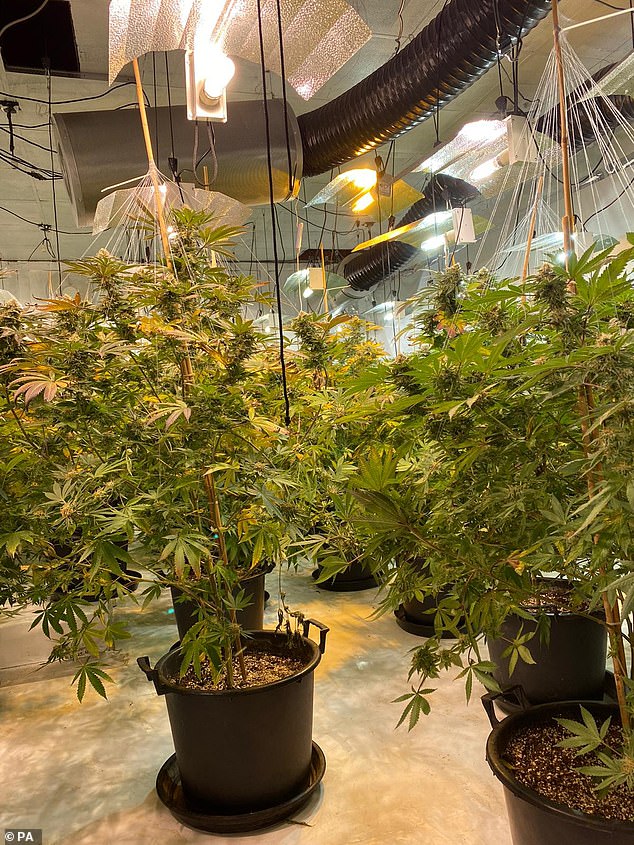 More than 1,000 cannabis plants were recovered preventing the criminal gang from selling them and making money

Police used a drone unit to help hunt down two men after they attempted to flee the building, the NCA said.

Three men were subsequently arrested and charged with production of a class B drug.

NCA branch commander Adam Warnock said: ‘This is a significant drug seizure which will have a huge impact on the organised crime groups involved, depriving them of commodity and profit.

‘The size of the cannabis factory was significant and sophisticated, spread across three floors of a large building. It is certainly one of the largest grows ever uncovered by the NCA.

‘Our investigation into this seizure continues.’

Albanian national Andi Qani, 24, and Vietnamese national Cao Van Vu, 31, appeared before Coventry magistrates on Friday where they were remanded in custody until their next court appearance at Warwick Crown Court on November 12.

A third man, Albanian national Adrian Lieshaj, 28, is wanted by German authorities for robbery offences and is the subject of a European Arrest Warrant.

He appeared at Westminster Magistrates’ Court on Friday for the extradition matter to be heard.

The operation was supported by officers from the West Midlands Police Cannabis Disruption Team.