2.5m carpet python found in woodpile in Brisbane back yard

Snake catcher warns residents to tidy their yards after finding a 2.5m carpet python hidden in a backyard – so can you spot it?

Residents are urged to clean up their untidy backyards to avoid an unwelcome guest making themselves at home.

Queensland snake catcher Bryan Robinson issued the warning after he was called to a Corinda home in Brisbane’s west last Friday to capture a 2.5metre carpet python.

He found the sneaky snake hidden in a pile of discarded timber in the messy yard.

Can you spot the 2.5 metre carpet python hiding in this Brisbane backyard last week

Many were quick to spot the camouflaged snake blending in with the woodpile.

‘A yard like that I bet there’s a heap,’ one woman commented.

Mr Robinson used last week’s call-out to stress the importance of having a well-maintained backyard to give snakes fewer spots to hibernate.

‘The cleaner your yard is, the more obvious snakes are,’ Mr Robinson told 7news.com.au.

‘The whole notion of keeping your yard tidy is about ensuring that snakes don’t have as many opportunities within the confines of your premises. 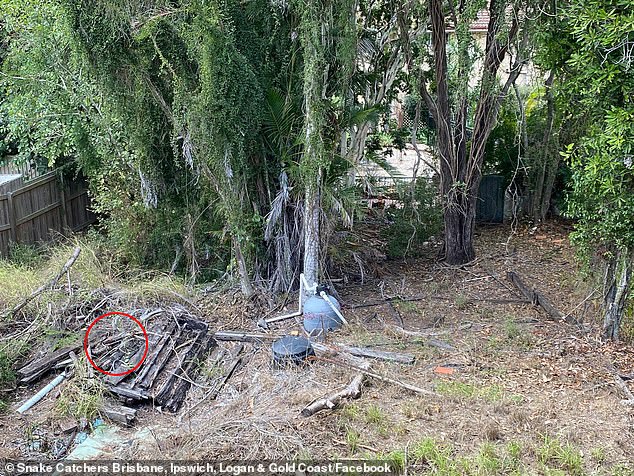 He added snakes are still ‘fairly active’ during winter, despite the colder weather.

‘Any suburban environment in south-east Queensland is suitable for snakes, for a range of different species, especially carpet pythons,’ Mr Robinson said.

Queenslanders are also urged to lock their vehicles after a 2.5 metre coastal carpet python was found curled up behind the steering wheel in Capalaba, south-west of Brisbane last week. 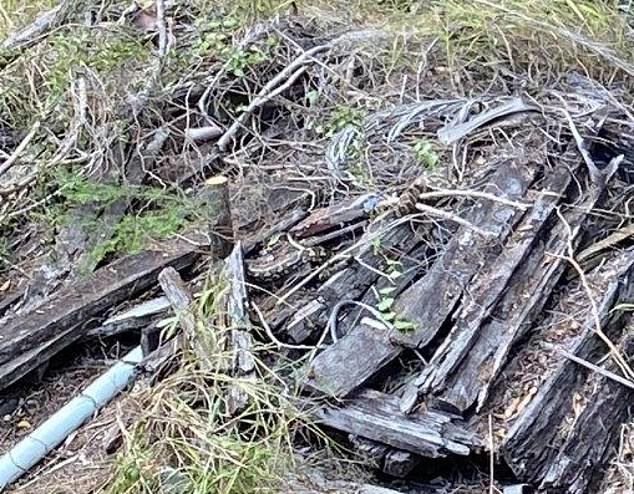