Archaeologists in central Italy have uncovered a marble head of Augustus Caesar, the first emperor of the Roman empire.

The sculpture, which has lost its body and nose was discovered while renovating Isernia’s historic city walls – built during the imperial Rome period.

It was identified as Augustus, adopted son of Julius Caesar and Rome’s first emperor, by its distinctive facial features and hairstyle.

The bust is not rare as dozens of statues, busts and coins of Augustus have been discovered from Roman times.

But researchers say the discovery proves the Romans’ presence in the ancient colony, known at the time as Aesernia, which once held strategic importance as a gateway to the rest of Italy.

The marble head, which is in fairly good condition, was discovered along the Via Occidentale by a construction crew last Thursday.

No definitive date for the sculpture has been announced but the depiction in line with the Augustus of Primaporta, a well-known marble statue of the emperor dating to 20 BC.

Archaeologists are confident it is Augustus, due to his iconic ‘swallow-tail’ hairstyle – thick strands of hair parted in a distinctive V-shape, with protruding ears and broadly spaced locks, isNews reports.

‘Yes, it is really him, the emperor Augustus, found today during the excavation,’ the Archaeological Superintendency of Molise wrote on Facebook. 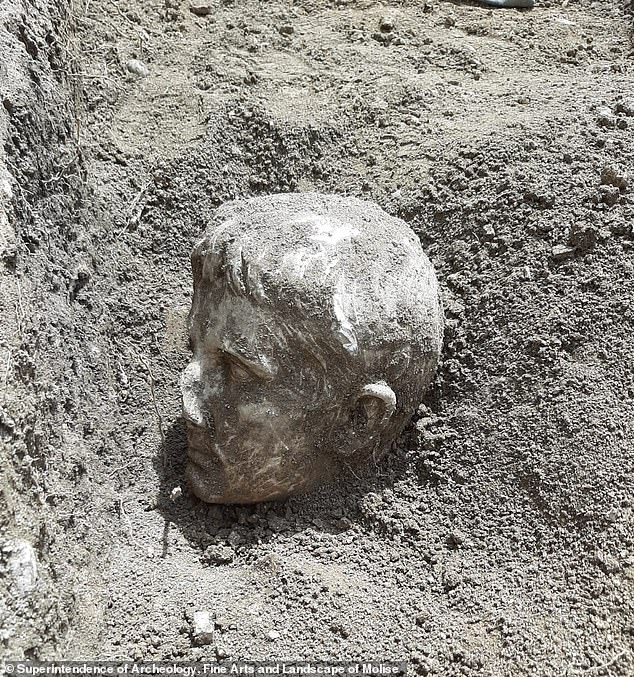 Archaeologists identified the figure as Augustus because of its ‘swallow-tail’ hairstyle, protruding ears and comma-like locks of hair

Augustus was always presented as clean-shaven and, though he lived to 76, as a man in his late teens or early 20s.

He ruled Rome from 27 B.C. until his death 14 A.D, overseeing expansion of the empire into Egypt and other parts of Africa and establishing both a standing army and the Praetorian Guard.

In 295 BC, Rome wrested control of Isernia away from the Samnites, an ancient Italic people in south-central Italy.

Key to access to the rest of the country, the town briefly fell back into the Samnites’ hands in 90 BC, before reverting to Roman authority a few years later. 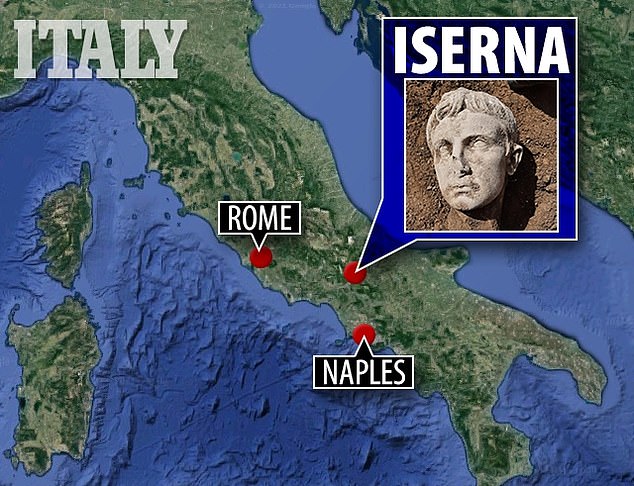 A map depicting Iserna and the rest of Italy. Because it was a gateway to the south, the city held strategic importance for the Romans and other cultures

Roman forces leveled most of the city and rebuilt it as a Roman outpost, with both Caesar and Augustus trying to establish colonies there.

Isernia’s ancient city walls, some of which were constructed under imperial Rome, are in serious need of repair.

The marble head was discovered after part of one wall collapsed, according to ANSA.

But suggestions to reinforce them with concrete pillars has been met with criticism.

‘[That] solution was not feasible, not in the least because the piling would have risked destroying the foundation of the walls and any traces of ancient presence in the area,’ superintendent Dora Catalano and archaeologist Maria Diletta Colombo told isNews.

Instead, they’re looking for a less invasive way to strengthen the walls without disturbing their artistic and historical value.

According to isNews, the head will eventually go on display at Isernia’s Museum of Santa Maria Delle Monache.

WHO WAS AUGUSTUS, THE FIRST EMPEROR OF ROME? 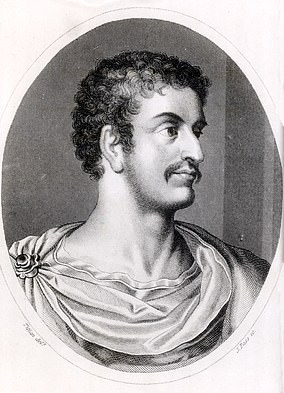 Augustus was the first Roman emperor, ruling from 27 BC until his death in 14 AD

Augustus was the first Roman emperor, ruling from 27 BC until his death in 14 AD.

Born Gaius Octavius Thurinus in 63 BC, he came from an old and wealthy family: His great-uncle was Julius Caesar.

Augustus dramatically enlarged the Empire, including annexing Egypt, Dalmatia and more during his reign.

He initiated a number of major building projects including the Temple of Caesar, the Baths of Agrippa and the Forum of Augustus.

He said on his deathbed: ‘I found Rome a city of bricks and left it a city of marble’.

In March 2021, Augustus’ mausoleum in Rome was reopened to the public after 14 years and a $12.25 million restoration project.