Thielemann has achieved a lot in his career – for instance, conducting every Wagner opera at Bayreuth. But people harbour doubts about him, both as a musician and as a man with strong political opinions.

Which is presumably why the Vienna Philharmonic, an orchestra he began conducting in 2000, waited so long before inviting him to do a New Year’s concert. 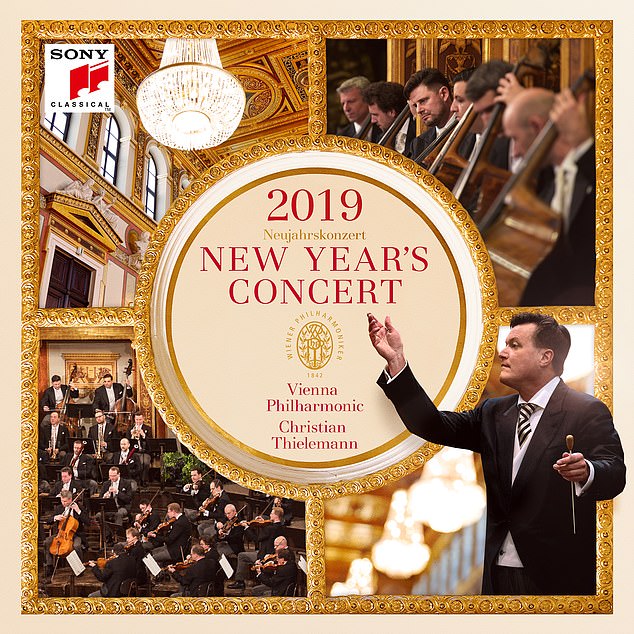 There are many rarities in 2019 New Year’s Concert, with six of the 17 pieces performed receiving their first outing at a New Year’s Day concert

Thielemann, with his pasty face, looks a bit like Ed Balls, but without the spectacular dancing capability or the sense of fun. This concert is in the main a sober affair. Few pieces have that particular Viennese lilt and lift that can make Strauss family concerts so magical.

But this album is not to be lightly discarded either. The bigger the piece, the more Thielemann gets out of it, and the performance here of Artists’ Life (Johann Strauss II) and Music Of The Spheres (Josef Strauss) are undeniably persuasive.

And there are many rarities here, with six of the 17 pieces performed receiving their first outing at a New Year’s Day concert.

Of the newcomers, Josef Strauss’s polka, The Ballerina, and Johann Strauss II’s Eva Waltz, with its Wagnerian opening, are actually rather good. Yet I don’t see Thielemann being asked back too often for this prestigious annual affair.

After all, Karajan himself only conducted it once, in 1987.

Connoisseurs of the Strauss family, though, will surely want this album.