There were contrasting scenes between Cats and Swans fans on Saturday night after Geelong triumphed in the 2022 AFL Grand Final.

After the match, jubilant Cats fans took to the streets to celebrate their victory, while Swans fans were left to ponder what could have been, as their wait for Grand Final glory stretches to a decade.

Sydney was left looking like a ghost town while Geelong supporters partied into the night. 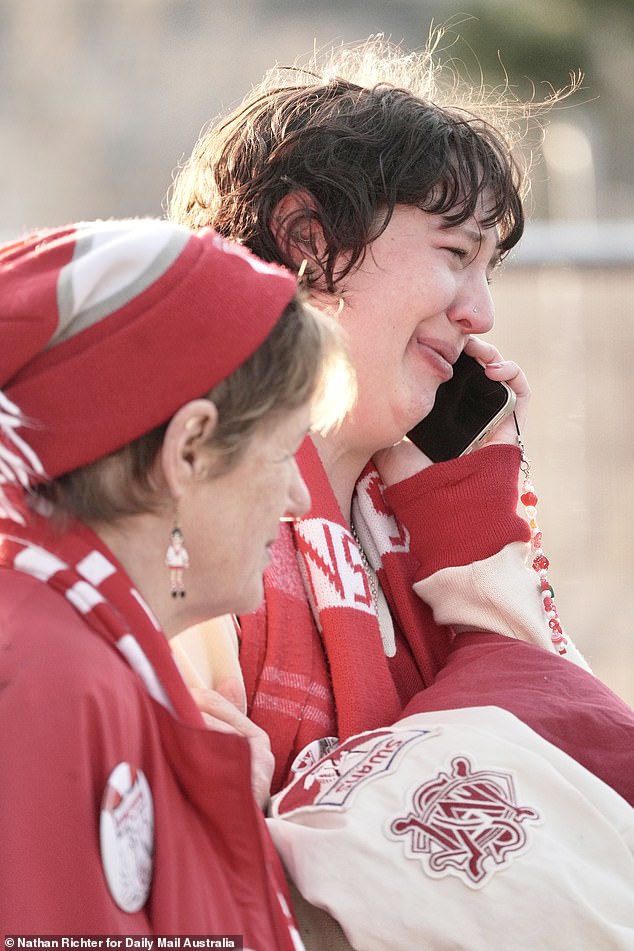 Swans fans were left distraught at the result. Sydney have now gone a decade without a premiership flag 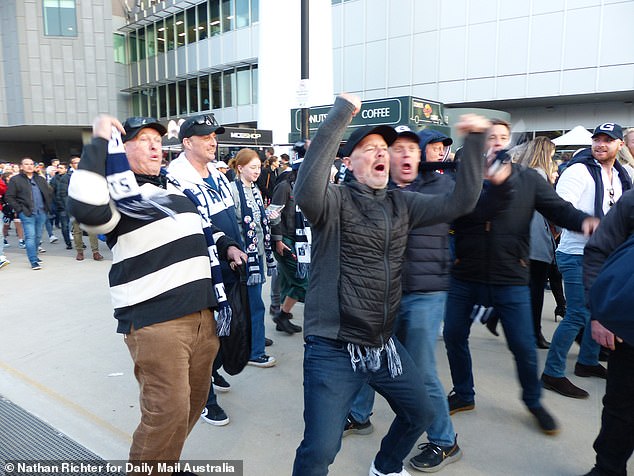 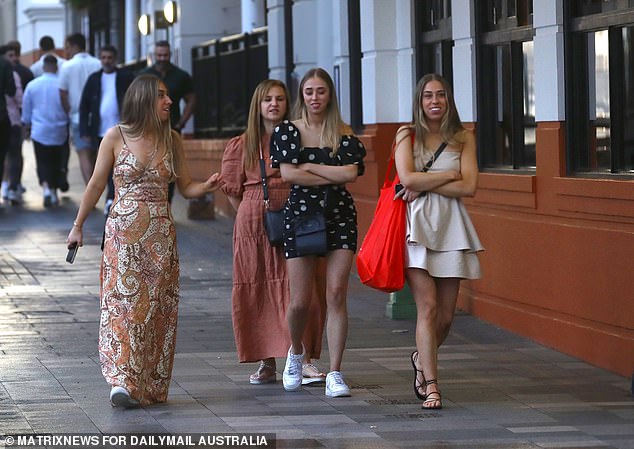 The Cats began the match with a stunning 41-6 opening quarter and were never headed, leading 62-26 at halftime before running away with the match in the second half.

‘Just been bashing away. We don’t apologise to being up there, having a crack at it each year. So many, please get around all of them. They all have great stories.’

Cats fans are lapping up the Grand Final glory, their first premiership in more than a decade. 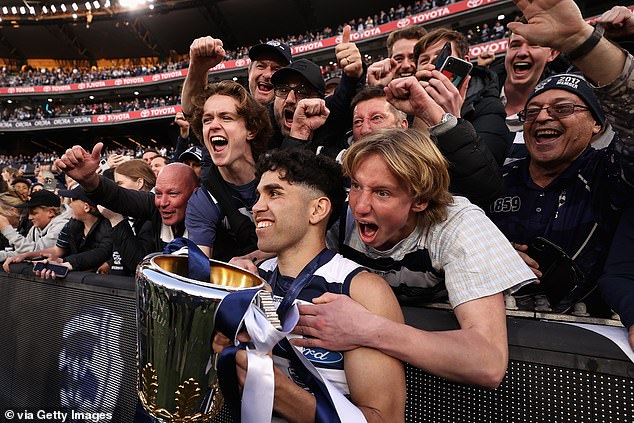 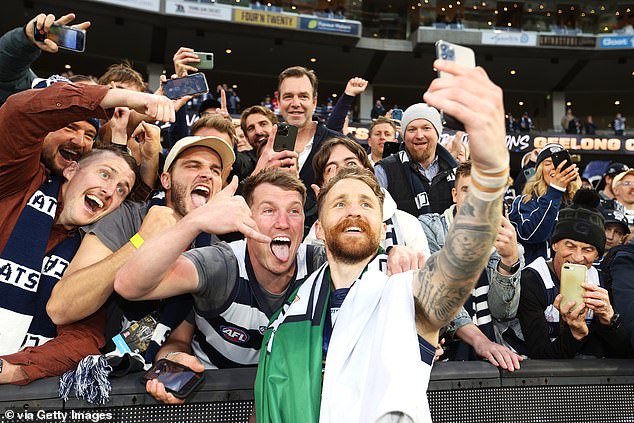 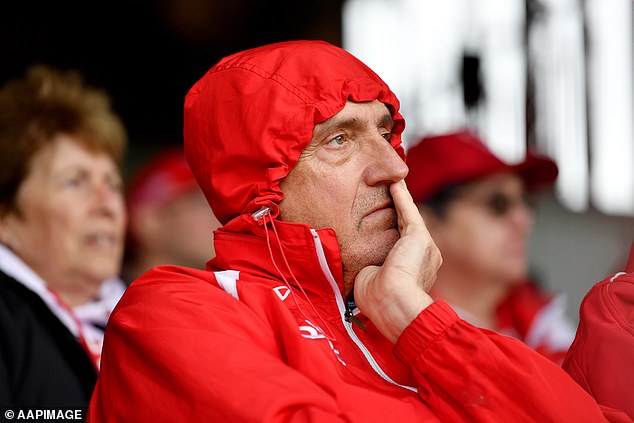 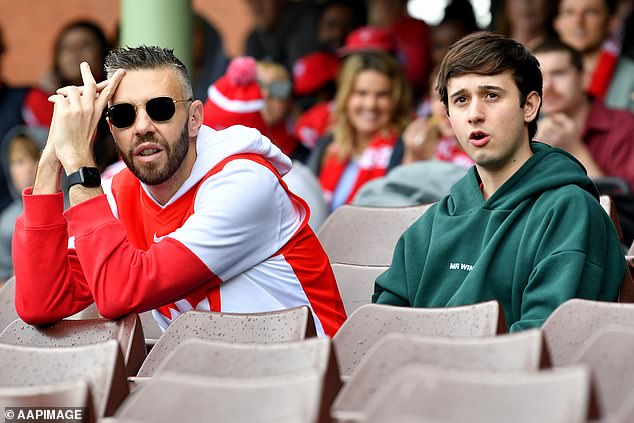 Back in Sydney supporters called it an early night.

The Swans supporters lounge in Sydney was gloomy much like the weather with many people leaving as the night set in.

Much like the two supporter groups having vastly different nights, the pre-game and half time entertainment were met with differing reviews.

Robbie Williams got the day off to a flying start with a spine-tingling setlist that included all of his biggest hits, as well as a cover of John Farnham’s The Voice.

He also paid tribute to Shane Warne as the cricket legend’s children sat in the MCG stand now bearing his name.

He was later joined by Delta Goodrem for a duet of his song Kids. 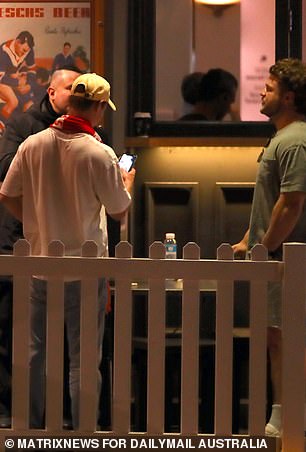 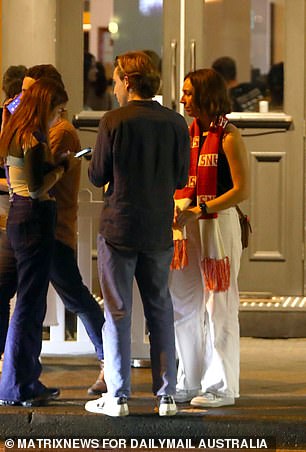 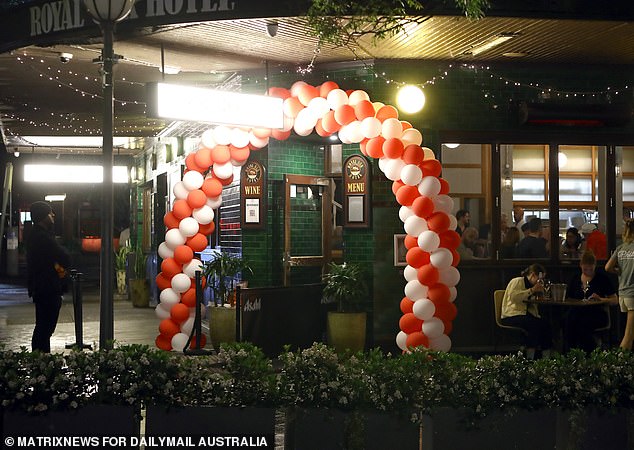 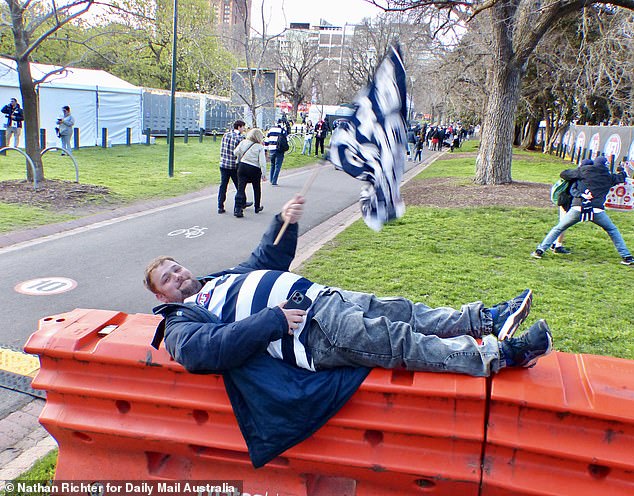 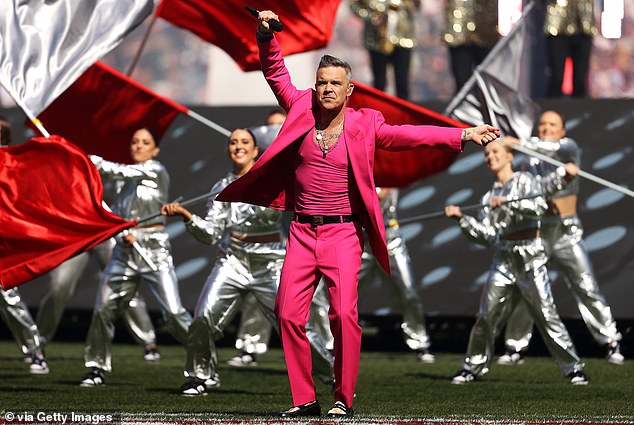 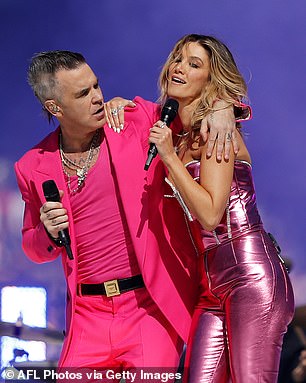 One viewer wrote: ‘Best pregame I’ve seen. Robbie is built for that setting. Great start to the day.’

Williams described his friend Warne as ‘Australia’s greatest rock star’ as the cameras cut to his grieving son Jackson in the crowd at the world-famous sporting ground.

The pop star also paid tribute to John Farnham – who was recently diagnosed with cancer – with a stirring performance of his signature song You’re the Voice, which had the whole crowd singing along in unison.

Unfortunately viewers didn’t react so well to the half-time entertainment. The most diverse and progressive halftime show in AFL Grand Final history was savaged by viewers as ‘worse than Meatloaf’s’ disastrous 2011 performance.

Australia’s First Nation performers were given the spotlight at the halftime show at the AFL Grand Final in Melbourne on Saturday, but some disgruntled viewers called it a ‘woke’ move designed to ‘tick boxes’.

While Aussie rock band Goanna led the performance with their 1982 hit Solid Rock, they were joined by Indigenous artists including Christine Anu, Emma Donovan, Tasman Keith and William Barton.

G Flip opened the performance with a roaring drum solo, before later coming back in to belt out Jet’s Are You Gonna Be My Girl.

Christine Anu and Emma Donovan were then introduced with an incredible didgeridoo solo, which bled into Goanna’s Solid Rock.

While many viewers were no doubt happy to see underrepresented minority groups being given center stage, others called it ‘woke’ and said the vocals weren’t up to scratch.

‘That halftime show was pretty bad, felt like they were trying to be woke. Was it just me?’ complained one.

‘Dreadful halftime show at the @AFL grand final. More about ticking boxes then entertainment! We get lectured to everyday bit over it coming into sport,’ tweeted another. 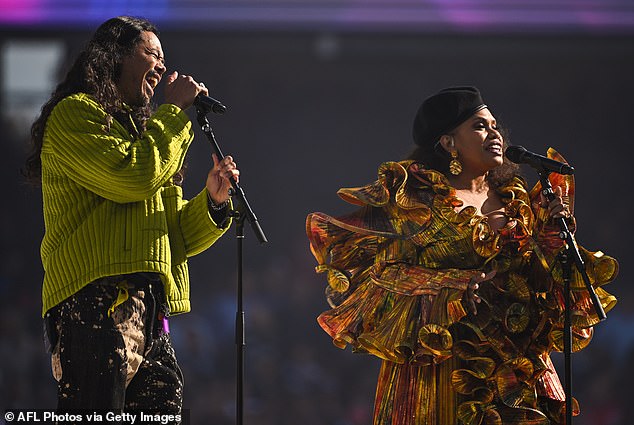 The most diverse and progressive halftime show in AFL Grand Final history has been savaged by viewers, with many calling it ‘woke’ 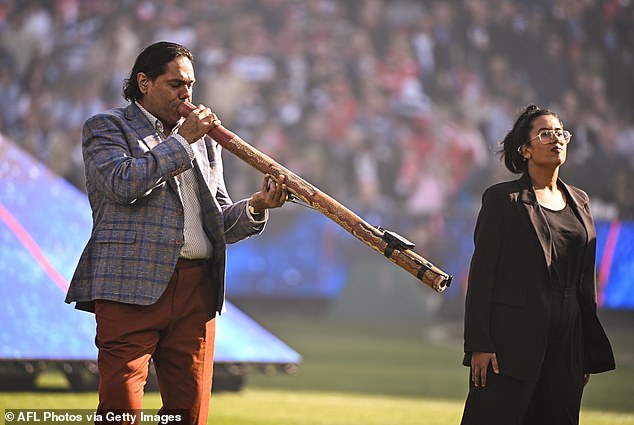 Christine Anu and Emma Donovan were then introduced with an incredible didgeridoo solo (pictured), which bled into Goanna’s Solid Rock 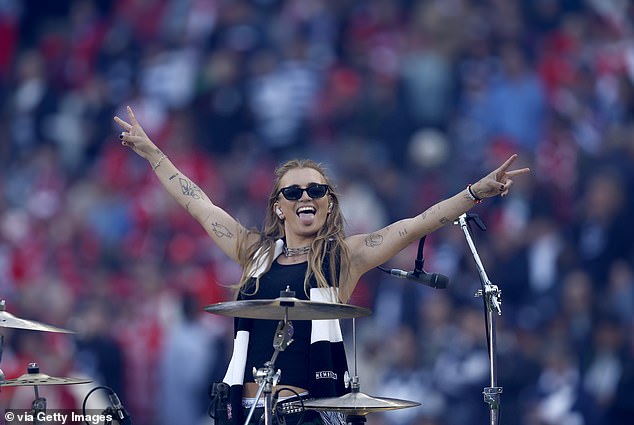 Adding more diversity to the halftime lineup was nonbinary singer G Flip, who uses they/them pronouns and performed a drum solo before singing Jet’s Are You Gonna Be My Girl? 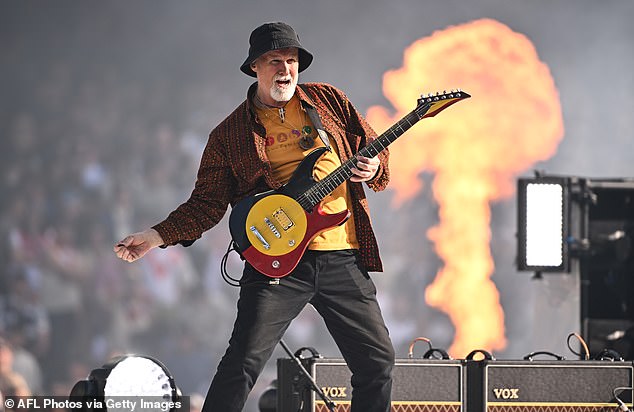