‘2028 would be the earliest’: Stacey Abrams rules out challenge Trump

‘2028 would be the earliest I would be ready to stand for president’: Stacey Abrams rules out a challenge to Donald Trump but says Democrats will win the White House in 2020

By Emily Goodin, U.s. Political Reporter In Austin For Dailymail.com

Democrat Stacey Abrams, who rose to national prominence with her failed bid to become the first black woman governor of Georgia, on Monday ruled out a challenge to President Donald Trump next year.

‘2028 would be the earliest I would be ready to stand for president,’ she said at the South by Southwest festival.

The field for the 2020 Democratic nomination is packed with names and there was speculation Abrams could join them – talk that she dashed with her pronouncement. 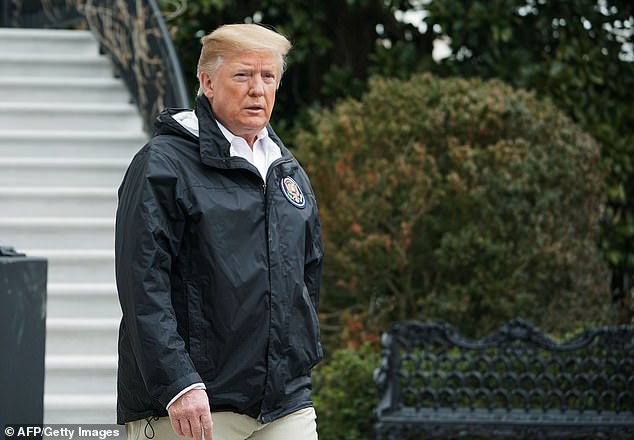 But she was coy on her own future electoral plans – whether she would challenge Republican Sen. David Perdue in 2020 or try again for the state’s gubernatorial mansion in 2022.

In the 2018 gubernatorial contest, Abrams lost to Republican Brian Kemp by 1 percent of the vote – 55,000 votes – in a contentious race that saw star power flood Georgia for both candidates.

And she charged her rival with suppressing African American voters through his role as secretary of state.

‘I can’t prove I would have won but we don’t know because of how he behaved,’ she told the heavily female audience at her SXSW talk.

‘I refused to concede because it means the process is proper,’ she said of her actions after the race, noting that all she had agreed with that Kemp numerically won.

Her voting rights group filed a lawsuit in November that charged Georgia officials  ‘grossly mismanaged’ the 2018 contest and deprived black and minority voters of fair participation by failing to send out absentee ballots on time and purging voter rolls.

But Abrams said she would concentrate on getting Democrats elected next year even as Senate Democratic Leader Chuck Schumer is wooing her to run for the upper chamber.

After her 2018 loss, Abrams founded the group Fight Fair Action to promote fair elections and combat voter suppression. She has made voter rights a signature issue.

‘My task is to make sure a Democrat is elected not only to the White House but that we have majorities in the Senate,’ she said when asked about where she would be in 2020.

And she expressed confidence a Democrat could win in 2020, saying she saw a path where Democrats won the White House and the Senate next year, kept those in the 2024 election and she could make a White House bid in 2028.

And, on Monday, she didn’t hold back in her criticism and contempt for the president.

She advised those running for the Democratic nomination to focus on their own message and not slamming Trump. 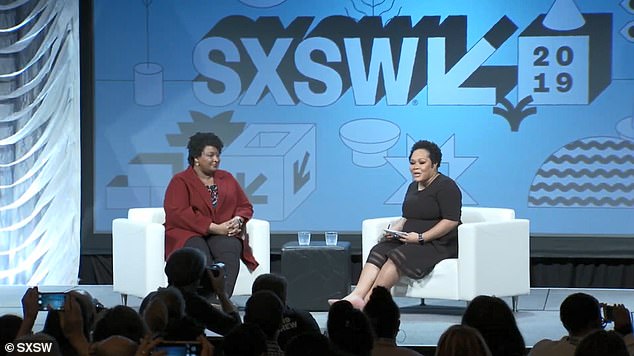 ‘2028 would be the earliest I would be ready to stand for president,’ Stacey Abrams said at the South by Southwest festival on Monday

‘I think beating Donald Trump is the wrong mission. When you are focused on your enemy than you are ignoring your allies,’ she said of next year’s election.

‘Any presidential campaign that is focused on out trumping Trump will be a failure,’ she added.

‘Democrats didn’t lose in 2016 simply because of the genius of Trump. We lost because we ignored communities that needed to be heard,’ she said.

Abrams did not hold back in her feelings on Trump, calling him a ‘bully’ and a racist.

‘He is a bully. He is someone who learned his political style from Comic the Insult dog,’ she said.

She replied ‘yes’ when she was asked if the president was a racist.

Abrams is also promoting her new book, ‘Minority Leader: How to Build Your Future and Make Real Change,’ which comes out April 24.