The mother of a murder suspect who stabbed his partner’s ex-boyfriend in a knife frenzy after a row broke out over an iPad insists her son is a ‘lovely’ boy as she’s interviewed on suspicion of concealing his whereabouts on 24 Hours in Police Custody.

Tonight’s episode of the Channel 4 show focuses on Robert Parkins, 33, who was jailed for murder after stabbing Alex Fitzpatrick, 30, originally from Cornwall, at least 17 times in St Neots, Cambridgeshire on 13 October 2019.

Detectives explain how on that sunny afternoon, Alex got into a disagreement with his nine-year-old son’s mother, Kelly after dropping him home after swimming.

They add that when Alex refused to give her their son’s glasses until he got an iPad he wanted to upload a programme to, an annoyed Robert stormed out of the semi-detached home with a kitchen knife.

He left Alex bleeding to death on the doorstep after stabbing him through the heart, spinal cord and on the back of the head. 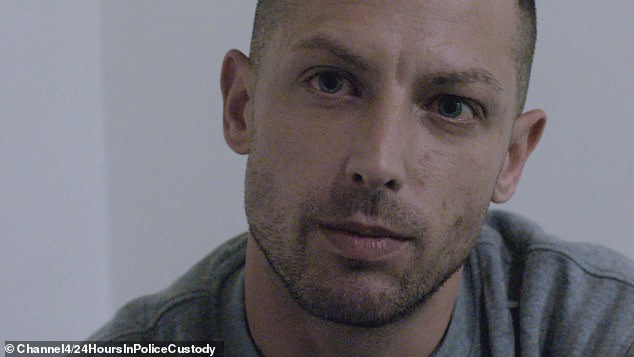 Robert Parkins (pictured), 33, knifed Alex Fitzpatrick, 30, at least 17 times in the neck and chest outside the home of his former partner Kelly Anderson in St Neots, Cambridgeshire

After Robert fled the scene, CCTV reveals that he made his way to his parents’ house and then escaped to London.

Detectives from Cambridgeshire’s Major Crime Unit decide to arrest the parents of the missing man on suspicion of assisting an offender in the hope that they will give away where he is hiding and reveal what lay behind the attack.

When asked whether Robert lives at her address, a distraught Janet says: ‘He has been – most of the time when I’ve been very ill. He’s been an absolute rock and that boy is a good boy. He’s a lovely, lovely son – helpful son.’

Meanwhile, in a separate interview room, Robert’s father, Arthur adds: ‘All I know is Robert, he’s phoned his mum up in a panic.

‘He’s told her basically the geezer’s tried to push in and he’s hit him with his helmet and he’s lost it and Jan said “where?” He wouldn’t tell us where he was. 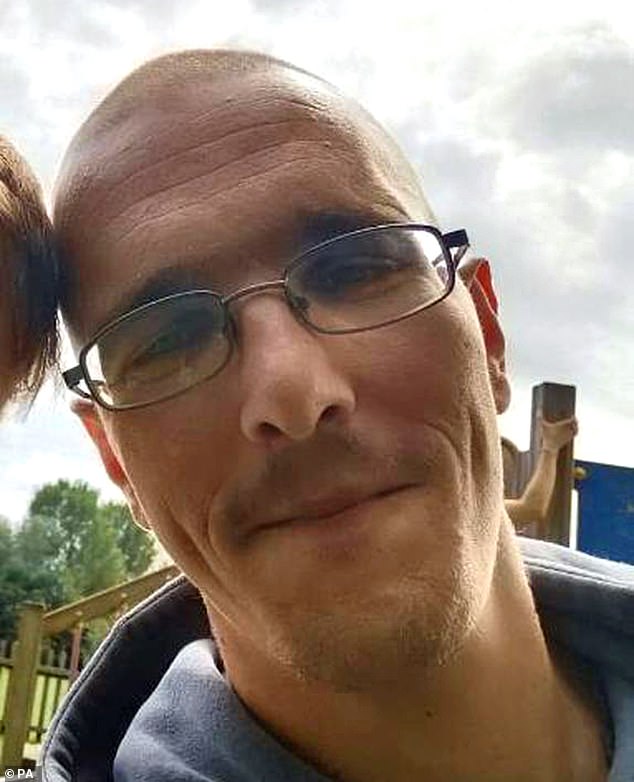 The altercation occurred after Alex (pictured) got into a disagreement with his nine-year-old son’s mother, Kelly after dropping him home after swimming 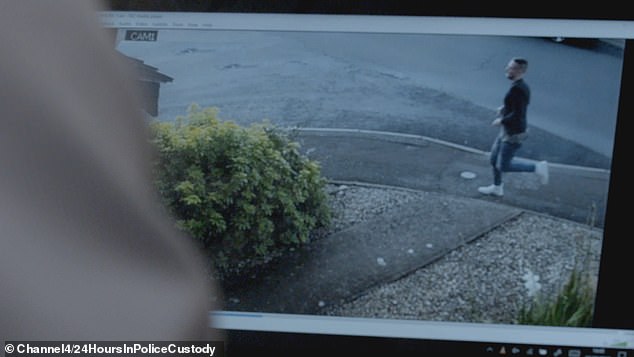 After Robert flees the scene, CCTV reveals that he made his way to his parents’ house and then escaped to London (pictured)

When asked whether she knows why he didn’t want to tell them that information, Janet responds: ‘Well he probably didn’t want to get me too involved. My sister died just yesterday.’

Cameras follow each twist and turn of the operation as police grapple with the hunt to find the missing killer and officers push to see how far family loyalties can be stretched before they break.

Eventually, Robert is found hiding at Janet’s sister’s house in London – who is none the wiser about what had previously occurred.

As the line of interviewing continues, Janet says: ‘What has happened, I know this is murder – it’s unbelievable. It’s not in his character. I want to see my son. He must be freaked out.

‘If this has happened and it’s murder, it has to be manslaughter or defence or something. He would not go out and hurt anybody, my son. He’s just great.’ 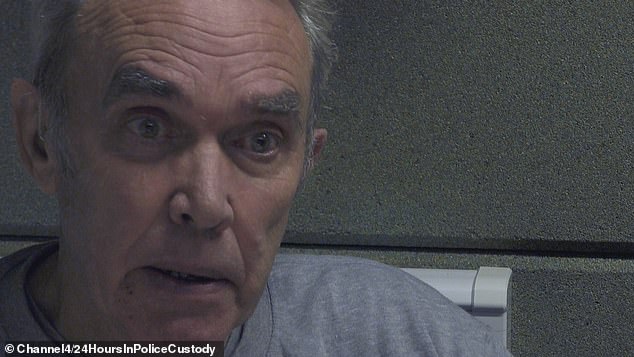 Detectives from Cambridgeshire’s Major Crime Unit decide to arrest the parents of the missing man (pictured, father Arthur) in the hope that they will give away where he is hiding and reveal what lay behind the attack 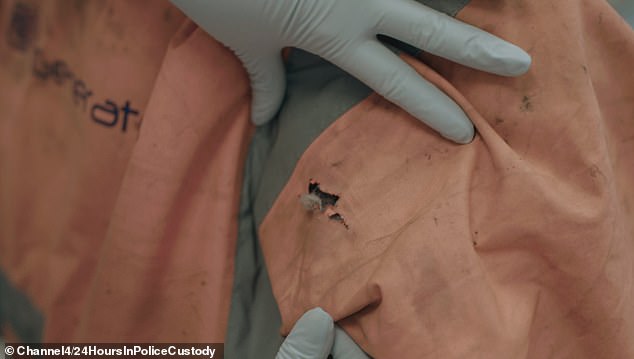 And when the detective explains that taking Robert away from the scene is an offence, Janet says: ‘Well I didn’t realise it was such an offence helping your children who are injured, upset and running scared. I didn’t know that was any type of offence.

I would feel that any sort of loving mother would protect her children and try to help her children.’

At the time, the court heard Robert Parkins fled the scene and discarded the knife he had used, after ‘animosity’ had built between himself and Alex Fitzpatrick.

In September 2019, the victim had taken news of Robert moving in with Kelly and his then nine-year-old son ‘badly’ and had ‘made his thoughts and feelings clear’, the trial heard. 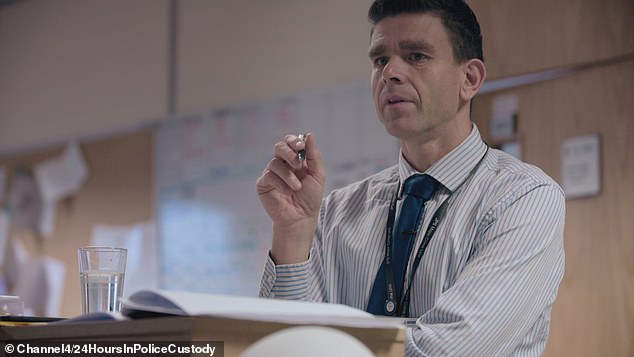 Following the incident on the afternoon of Sunday October 13, Parkins ran to his sister’s home and called for a lift to a property in Pymmes Brook House, London where he was later arrested by police.

Janet and Arthur Parkins have been charged with assisting an offender and await trial.

Parkins was jailed for life in August 2020 and was told he must serve at least 19 years.

Following the verdict, senior investigating officer Detective Superintendent Michael Branston said: ‘This was a brutal, frenzied and sustained attack resulting in the death of a man whose son will now grow up without his father in his life.

‘Our deepest sympathies go out to Alex’s family. I hope today’s verdict will provide them with some assistance as they learn to live with this tragedy.’

Paying tribute to their son, Mary Reading and Dave Fitzpatrick said: ‘Alex was a loving and devoted father, son and brother to his eight siblings.

‘He was always there for us and tried to better himself every day.

‘After hearing the evidence and the injuries Alex sustained, today’s result is such a relief for us all.’