One New Yorker has found a way to earn up to $4,000 a month: by asking for donations on social media.

Jovan Hill, 25 – who was profiled by The New York Times, makes a living by live streaming about this daily life and asking for donations.

Hill takes to a number of platforms – including YouTube, Periscope and Twitter – to sustain his lifestyle and encourage followers to give.

In one seven-minute video, according to the Times, Hill talks about how he wants to move to Los Angeles and says: ‘I’m very poor today. So if you want any tax write-offs, please donate to the Jovan charity.’ 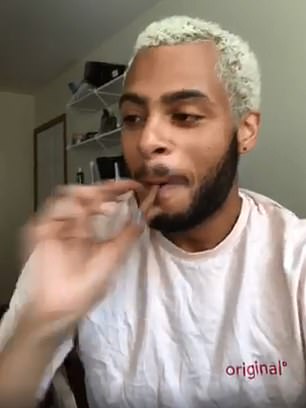 Jovan Hill, 25 (left and right) is part of a growing group of live-stream influencers. He live-streams his day and asks his social media followers for donations 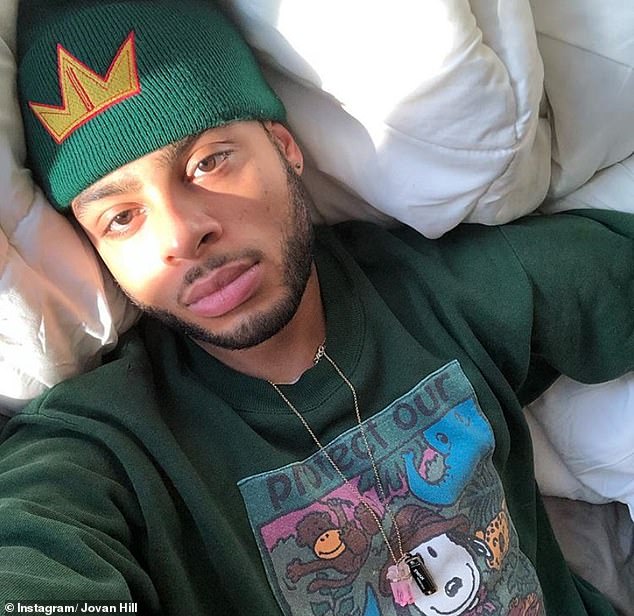 Hill told The New York Times that he earns at least $4,000 a month through donations from his various accounts, which combined hold more than 200,000 followers

Hill’s live-streams are between 10 and 30 minutes long, occurring about three times a day.

The videos are filmed with an iPhone and Hill will go on a stream of consciousness, whether it’s talking about the news, telling stories about his childhood, smoking weed or eating food.

At least once during the course of the video, he’ll ask for money.

His monthly expenses include $1,300 rent for his Brooklyn apartment, $100 to spend on thrift store T-shirts, and additional living expenses including marijuana, video games and money for his mother.

Hill told The Times that he earns at least $4,000 a month through donations from his various accounts, which combined hold more than 200,000 followers.

In addition to donations, loyal followers can unlock videos on Patreon, a membership platform, for $1 a month.

He also ‘shames and entices’ fans to give him money on Twitter by posting screenshots of donations made to his Venmo account.

In The Times’ profile, Hill says he grew up in Missouri City, Texas, raised by a single mother with 11 siblings. 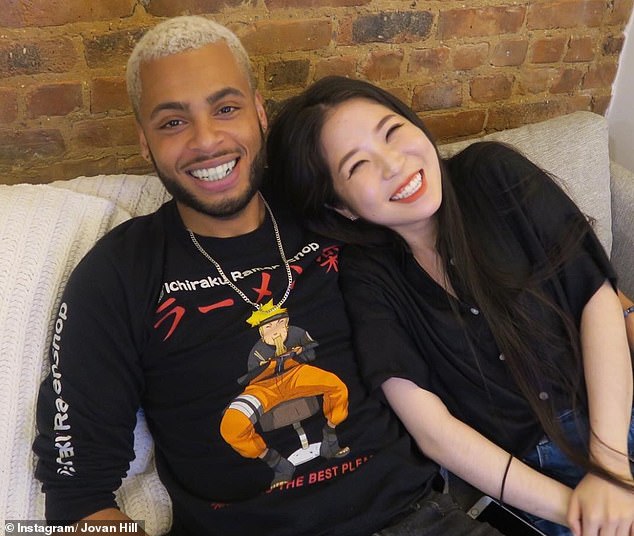 On an iPhone, Hill will film a 10 to 30 minutes-long video and talk about anything from the news to stories about his childhood 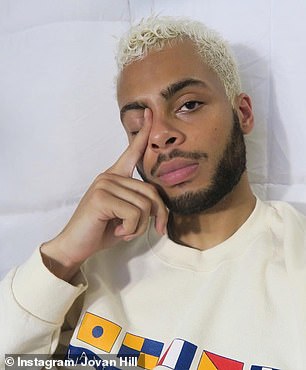 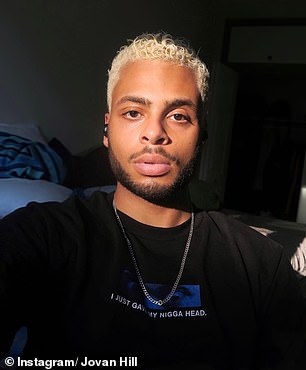 Hill (left and right) attended Texas State University but ended up dropping out a few months before graduating and moved to New York City for a fresh start. His roommate, 22-year-old Jake Garner, whom he met on Tumblr, is another livestreamer

He first realized how generous social media users could be when he reached out to his Tumblr followers in 2016 after his grandmother’s power was turned off due to late bills.

Hill says he only expected to raise a couple of hundred dollars – but ended up raking in the $3,000 his grandmother owed.

‘That was the first time I realized my followers care about my well-being,’ he told the newspaper.

He attended Texas State University but ended up dropping out a few months before graduating and moved to New York City for a fresh start.

Hill first worked at a movie theater in Chelsea as a concession worker but told The Times that he made less there than he did live-streaming.

‘I was making less money at the movie theater than sitting in my room live-streaming five times a day,’ he told the newspaper. ‘So why go to work?’

The 25-year-old is part of a growing group of live-stream influencers who showcase them going about their day for hours, although many don’t have a large following.

Hill’s own roommate in Crown Heights, 22-year-old Jake Garner, whom he met on Tumblr, is another livestreamer.

‘Pop culture is so boring now compared to what it used to be, so a lot more people are clinging onto people online,’ Garner told The Times.