A $3 billion project to modernize the Hoover Dam and bring it into the 21st century has been announced by the Los Angeles Department of Water and Power.

A new pump station and pipeline would be built downstream to regulate flow through electric generators. Water would then be pumped back to the top of the dam, creating electricity and thereby turning the dam into a source of renewable energy.

In effect, the 726-feet high dam would serve as a huge battery and be able to provide electricity during times of peak demand. 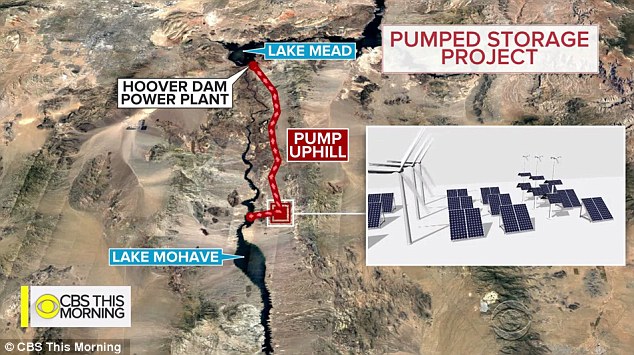 Generators take in water from Lake Mead. The water is funneled through spinning turbines to create electricity. Then the water is released to flow down stream.

The LADWP estimates the dam is operating at 20% of its potential, partly to prevent  too much water flowing through it at once and flooding areas downstream.

Once the new project is complete, it could increase the dam’s productivity by up to 45%.

The dam provides power to three states and water to more than 20 million people, producing enough power to support more than a million homes. 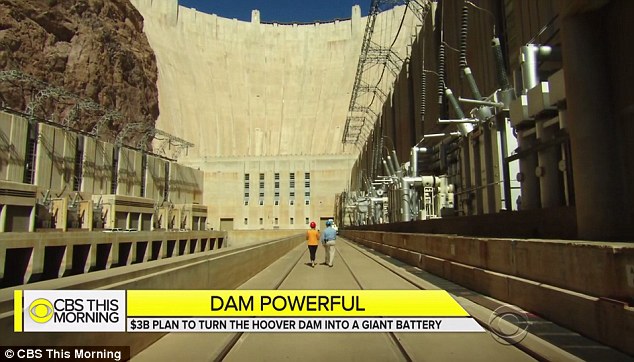 The proposed plan would use wind and solar power to pump water from below Hoover Dam back upstream, depositing water into Lake Mead to be released again at a future time 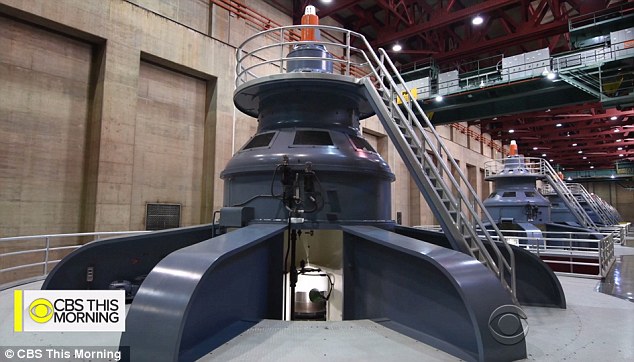 The idea is to use the stored water to both offset renewable energy fluctuations, and supplement the grid during peak electrical demand 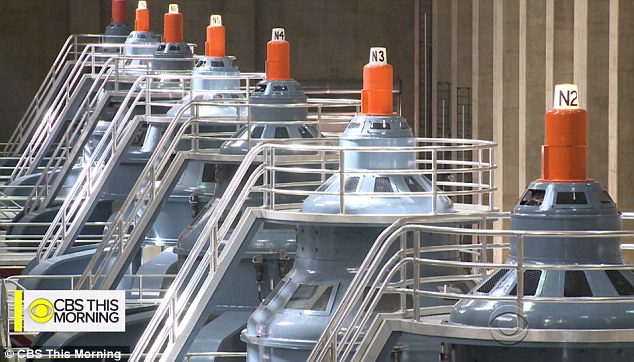 Los Angeles received the bulk of the power generated with 55% heading to California. 25 percent goes to Nevada and then 20 percent to Arizona customers.

‘It’s one of the simplest technologies: pump water up hill when there’s too much energy and let it run down hill when there’s not enough energy,’ said David Wright, general manager of the Department of Water and Power which have already  implemented a plan that works on a smaller scale in Castaic, California.

There are many who are concerned about the possible impacts on the environment and tourism, despite the obvious green benefits. 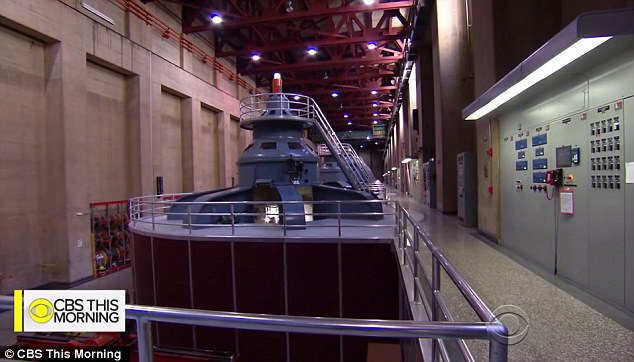 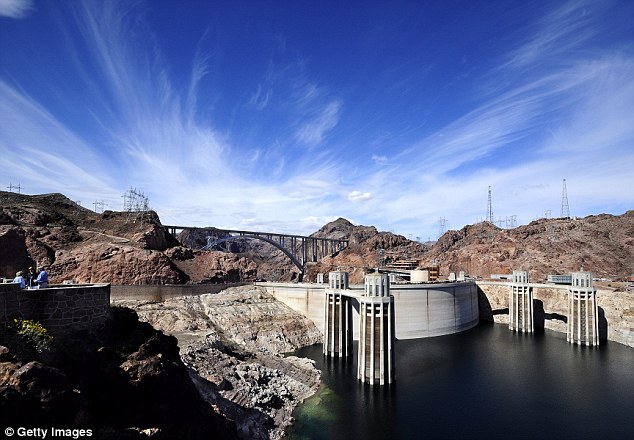 Although the Hoover Dam’s hydropower is distributed across Southern California, Arizona, and Nevada, it actually provides only a small slice of the overall energy consumed in the West

Water would be pumped back up to Lake Mead through underground pipes and sent back down during periods of higher demand.

The project would change the landscape and some are worried that if the water is drawn from the river in certain areas without proper studies, it could result in a change of water depth affecting marine life.

There is the also the possibility of a reduced flow downstream.

One early feasibility study has concluded that there would be very little effect on the environment and the surrounding communities. 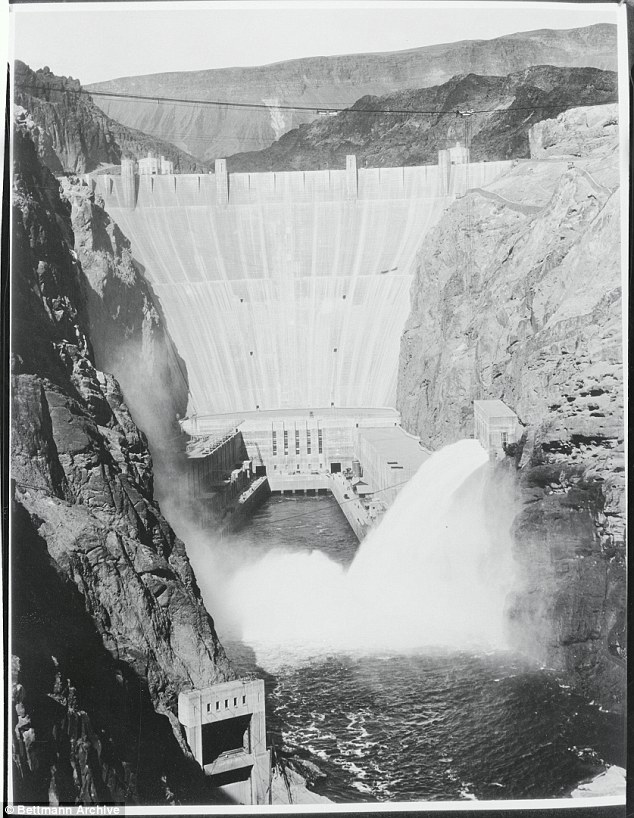 The Hoover Dam was constructed between 1931 and 1936 during the Great Depression involving thousands of workers. 100 people were killed during its construction

The project still needs to be approved by the Bureau of Reclamation which  It requires an environmental impact study along with a debate over how the cost will be divided between all of the energy users.

The National Park Service will also have a say and be able to review the plans for any scientific, environmental, and aesthetic impact on the downstream area.

The Hoover Dam has long been considered one of the greatest engineering feats of the 20th century. Built during the Great Depression, the proposal to turn the Hoover Dam into a source of renewable energy has been met with a mix of excitement and concern but the $3 billion plan would bring the power plant into the 21st century.