But Professor Sir Brian Jarman, who helped expose the Mid-Staffordshire hospital scandal, has claimed the true figure is much higher.

He recalculated the NHS Digital data for MailOnline and found a further 22 trusts run by the health service fall into the excess deaths category.

His analysis suggests 8,210 more patients died than expected at the trusts – more than double the NHS projection of 3,600.

Official data last week named the 11 health service-run organisations across England that recorded excess deaths in 2017. But Professor Sir Brian Jarman, who helped expose the Mid-Staffordshire hospital scandal, has claimed the true figure is much higher. He recalculated the NHS Digital data for MailOnline and found a further 22 trusts ran by the health service fall into the excess deaths category

NHS Digital, which released the original report, collected data from all 130 hospital trusts between January and December last year.

The NHS argues the statistics are merely a ‘smoke alarm’. However, five of the trusts flagged up on its own analysis were named and shamed last year.

One of them – Blackpool Teaching Hospitals NHS Foundation Trust – has been on the worst results list every year since 2011.

Professor Jarman, head of the Dr Foster Unit at Imperial College, told MailOnline that a ‘Department of Health once said a high HSMR is a trigger to ask hard questions’.

He added that the spokesperson said good hospitals monitor their HSMRs actively and seek to understand where performance may be falling short.

Expected deaths at each trust is worked out by calculating how many deaths the trust would have, according to national average death rates.

The death rate is then calculated by dividing the actual deaths recorded in hospital plus 30 days after discharge by the expected deaths for the same period.

Across the country, there were 293,000 recorded deaths either while in hospital or within 30 days of discharge.

This includes deaths from other causes as well as deaths related to the reason for the hospital admission, NHS Digital says. 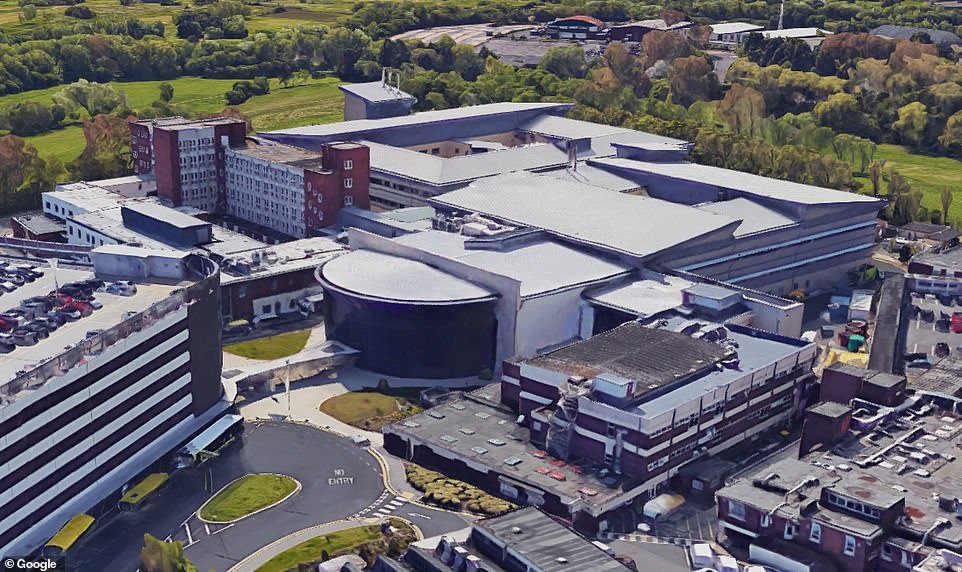 Blackpool Victoria Hospital, ran by the Blackpool Teaching Hospitals NHS FT, has been flagged up for having excess deaths every year since 2014

WHERE WERE THE 33 NHS TRUSTS THAT PROFESSOR SIR BRIAN JARMAN FOUND HAD EXCESS DEATHS?

The NHS states it is ‘inappropriate’ for trusts to be ranked on their SHMI, and that an excess death count only warrants the need for further investigations.

Some 103 trusts reported no excess deaths, and 16 of them even reported a lower number of fatalities than expected.

The data shows slightly less than a twelfth, or 8.5 per cent, of NHS trusts reported higher than expected deaths.

But the recalculation of the data by Professor Brian Jarman, former President of the British Medical Association, shows a quarter of NHS trusts, or 25 per cent, have significantly higher death rates.

WHAT WAS THE MID STAFFS SCANDAL?

A disputed estimate suggested that hundreds of people may have needlessly died at Stafford Hospital, ran by Mid-Staffordshire NHS Trust, due to poor care between 2005 and 2009.

In what is one of the worst care scandals in living memory, anecdotes provided by Julie Bailey, who was responsible for exposing neglect at the hospital, suggested patients were left lying in their own excrement and had been so thirsty that they were reduced to drinking water from vases.

A similar process helped uncover poor care at the Mid Staffordshire trust, one of the biggest scandals to ever hit the NHS.

However, the NHS uses another method, called overdispersion, which gives trusts slightly more leeway in terms of recording deaths.

Under that system, a trust is regarded as having a higher than expected number of deaths only if its SHMI is about 12 per cent or more above the national average.

In contrast, the Byar’s method is used internationally and classifies a much higher proportion of trusts as being significantly above the national average.

The NHS had used the internationally recognised Byar’s confidence intervals in the past.

Blackpool Teaching Hospital NHS FT told MailOnline it had implemented a number of initiatives covering every area of the hospital to address mortality figures.

It added that internal work is ‘ongoing’ and it has focused on improving treatment within the first 24 hours of admission.

And it added that Blackpool is one of the most deprived areas in England with the lowest male life expectancy figure in the country.

The town also has higher than average deaths related to alcohol, smoking, drug use and heart disease, and instance of HIV and depression are high.

An NHS spokesperson told MailOnline last week that the SHMI figures are ‘not a measure of quality of care’.

Chris Roebuck, chief statistician at NHS Digital, said: ‘Professor Jarman has done his own analysis of the data and has used his own methodology to reach his findings, which are different from the official measure.

‘The official measure was developed with input from specialists from NHS organisations, regulators, universities, royal colleges and field experts including Professor Jarman.

‘It is designed to act as a high level measure and is a helpful indicator that may flag potential problems that require further investigation. It needs to be used with care and should always be used in conjunction with other information. The UK Statistics Authority has endorsed its use in this way.’