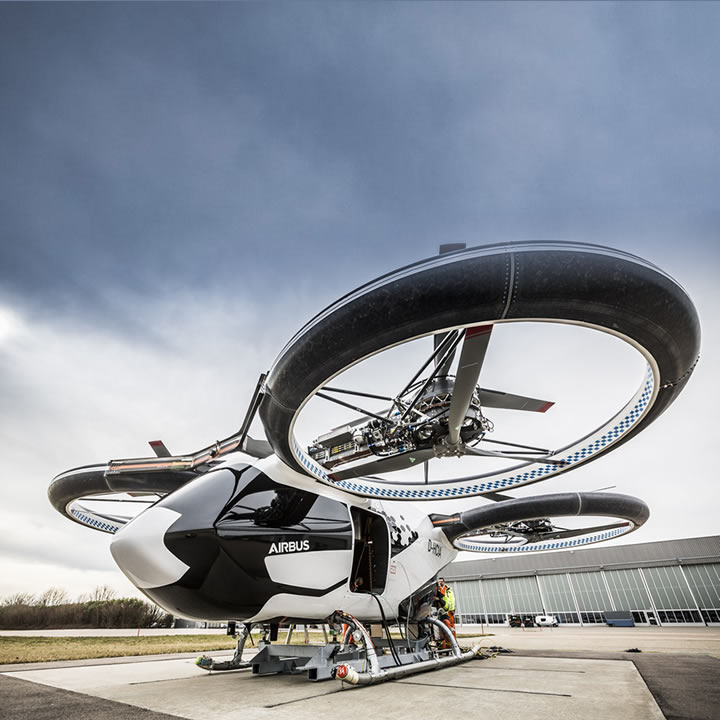 In the last 365 days, the eVTOL industry has experienced rapid growth in terms of technological innovation, partnerships, and regulations. With every new growth and development in the industry, it moves forwards with the ultimate goal of enabling a more urban air mobility ecosystem.

Already this year we are seeing a continuation of the fast-paced development that the eVTOL (electric vertical takeoff and landing aircraft) industry witnessed in 2020.

Here are some of the top eVTOL trends to watch out for in 2021.

What else proves the profitability and popularity of an industry than newcomers? The eVTOL industry in 2021 has seen an increased interest by more companies and individuals.

New startups and even major aircraft manufacturers have entered or looked at how to join the fray. There are more than 80 companies that have successfully become a part of the eVTOL space recently.

Some of the major companies that have successfully entered into the eVTOL space in recent years are Airbus (Europe), Boeing (US), and Bell Helicopter Textron (US).

Some of these new startups include Astro Aerospace (US, stock ticker: OTC:ASDN), CARTIVATOR (Japan), EHang (China), Volocopter (Germany),  Hoversurf (US), Joby Aviation (US), Lilium (Germany), Kitty Hawk (US), and Opener(US).

More investors in the aerospace field are contributing to achieving the goal of eVTOL, which is to create a cheaper, more convenient, and shorter travel time for air passengers.

The startup company to pay special attention to is the Volocopter. They are swiftly making a name for themselves in the eVTOL industry.

Volocopter has its star eVTOL product called the “Volocopter 2X.” The carbon fiber model can take up two travelers (a pilot and a passenger). The small aircraft weighs around 290 kg and has an approximate weight of 9m.

Volocopter, the German eVTOL company, is partnering with the German airport management company Fraport to develop eVTOL air tax services that can cater to the needs of consumers.

Major aircraft companies such as Airbus and Boeing investing in the eVTOL space contribute immensely to the further research and development of more eVTOL air taxis. They have the advantage of having the required aircraft manufacturing technologies and a global supply chain link they can explode for eVTOL air taxi development purposes.

These eVTOL air taxis developed way back in 2019 have been going through a series of tests. However, this year, Airbus and other eVTOL companies are looking at the possibilities of commercializing their air taxis. Airbus is producing eVTOL aircraft for companies.

Airbus is collaborating with US company Zoom and German automaker Audi to boost its supply chains. Zoom has been one of the key players in the helicopter taxi service industry in urban areas, which aligns with Airbus’s plan to introduce its eVTOL air taxi services.

While eVTOL air taxis are already in operation, experts predict that 2021 will see more big players join the fray and more people open to using them for transport.

The predominant focus of companies like Being, Airbus, Uber, Astro Aerospace, and others interested in eVTOL air taxi development has been to prioritize their services for the urban areas. In both advanced and developing countries, the majority of talks about providing eVTOL air taxi services have been all about feeding the urban population.

The reason why there is so much focus on urban areas is that the technology is relatively new and not yet well embraced. Also, the urban market represents its best chance for success and patronage at this early stage.

eVTOL air taxis for urban areas are called Urban Air Mobility. In places like Singapore, U.S, and Germany, many companies are working round the clock to adopt air taxi projects in urban areas. For example, in the U.S there is a project aiming to connect Downtown Dallas to Frisco in Texas.

In Germany, eVTOL air taxis meet the needs of commuters traveling to and from its major airport, the Frankfurt airport. In Singapore, shopping malls with takeoff and landing areas are one of the targets for eVTOL air taxi services.

Uber is one of the top companies contributing to eVTOL air taxi services. In 2018, the company set aside a budget of approximately US$460 million for both eVTOL technologies and ground vehicles. Every year since then, the budget has steadily increased.

As one of the world’s most popular taxi services, Uber knows a thing or two about how to develop a taxi service. Uber has collaborations with five companies, three of which include Aurora Flight Sciences, Bell Helicopter Textron, and Embraer (Brazil) for air development.

5.  Preference Is Shifting Towards Lightweight eVTOLs

One trend that started in 2020 and is continuing this year is the increased preference for lightweight eVTOLs. Aero companies dealing with eVTOL productions are prioritizing lightweight eVTOLs over other heavier models.

Astro Aerospace currently produces the lightest eVTOLs on the market. The company is one of the pioneers in the electrical vertical take-off and landing (VTOL) field. It produces some of the best eVTOL vehicles in the market.

Astro Aerospace has remained number through the years in terms of innovation. The company is behind the first-ever eVTOL flight with a person on board. It has approximately 100 years of aircraft engine experience and 6 years plus eVTOL development. It also has 4 years of proverb eVTOL flight testing experience.

The company currently has three eVTOL aircraft products that pan the market: Astro Alta, Astro Elroy, and Horizon Cavorite X5. Under the proven leadership of Bruce Bent and Brandon Robinson, the company has remained one of the top eVTOL aircraft companies in the world.