5 Groundbreaking CBD Updates You Must Know 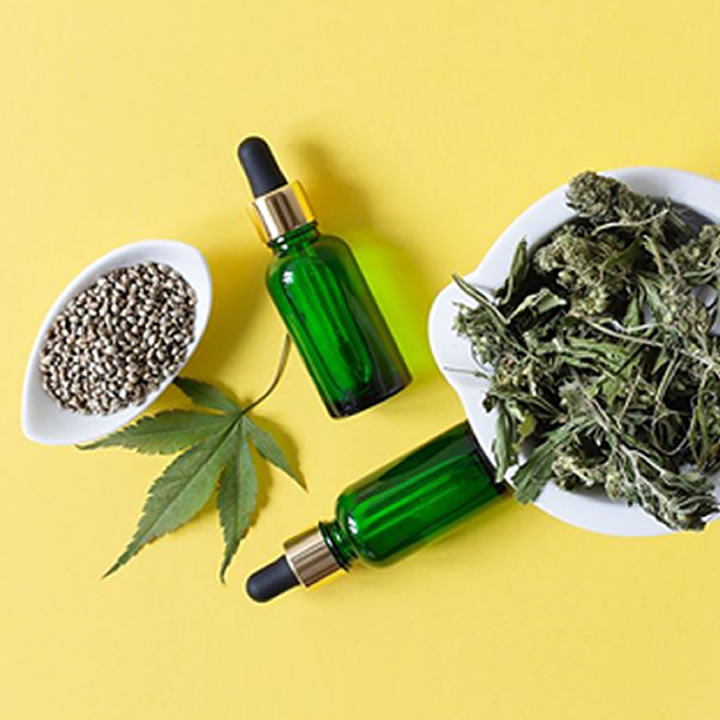 If you haven’t heard already, CBD (cannabidiol) is the cannabis compound that’s taking the world by storm. Just one of the many plant compounds that can be found within the cannabis plant, CBD is gaining a reputation as one that could have some serious potential medical benefits.

Research into CBD is ongoing as sales for CBD-based products, such as oils, tinctures, and edibles, are beginning to soar. So far, much of the research seems promising, and with new information coming to light frequently, more and more people are keen to know about the properties that CBD has in store.

In this article, we check out 5 of the most recent, ground-breaking developments regarding CBD and how it may affect the human body in all of its various chemical and physiological pathways. Let’s get started.

1. WHO has argued in favor of CBD treatments

In November of 2017, the World Health Organization (WHO) held a meeting of the Expert Committee on Drug Dependence (ECDD). Among the drugs discussed, CBD (cannabidiol) was one of the main topics.

In fact, their findings were later published in a separate “global report,” which stated that, “in its pure state, cannabidiol does not appear to have abuse potential or cause harm.”

Unfortunately, as it stands CBD is not classified on its own as a drug but is still under the umbrella of the cannabis plant – meaning strict federal regulation in the United States.

However, WHO treats CBD-based products (such as oils and capsules) as a separate entity from marijuana, and they have undertaken a fuller review of these kinds of products just this year (2018).

The results of the review are yet to be published, as data is still being put together. However, in their November 2017 review, the organization already said that the compound is well-tolerated in humans, and is “not associated with abuse potential.”

Furthermore, it went on to say that “there is no evidence of […] public health-related problems associated with the use of pure CBD.”

There is also preliminary evidence that CBD could be useful in treating Alzheimer’s disease, Parkinson’s disease, psychosis, and more. As the full 2018 review is yet to be published, the federal laws surrounding CBD are likely not to change all too soon.

However, these preliminary reviews are quite promising, and it seems that WHO is on a mission to show governments the positive effects that CBD could have.

2. The FDA approved a CBD-based treatment

On June 25th, 2018, the U.S. Food and Drug Administration (FDA) approved the use of a drug derived from marijuana for the first time.

Epidiolex is a CBD-based drug that has been undergoing clinical trials for years in an effort to gain federal approval. Produced by GW Pharmaceuticals, Epidiolex was studied in three multi-phase trials involving 516 patients.

With the trials showing overwhelmingly positive results, the FDA was forced to make a decision.

The drug did show side effects such as sleepiness, decreased appetite, diarrhea, rash, fatigue, and insomnia, but these were all minimal compared to the adverse side effects of other pharmaceutical epilepsy drugs.

The FDA itself has stated that “this is the first FDA-approved drug that contains a purified drug substance derived from marijuana.”

It is worth noting, however, that the FDA has only approved Epidiolex for Lennox-Gastaut Syndrome and Dravet Syndrome – two relatively rare forms of epilepsy.

This means that, while some people use CBD oil to try and treat symptoms of other conditions, the only usage currently acknowledged by the FDA (and thus coverable by health insurance), is for epileptic patients.

With the FDA making this move towards CBD treatments, the DEA will likely have to respond. CBD is currently a Schedule I substance, meaning it has no medical applications, but this release by the FDA changes everything.

It is a small step for medical marijuana and CBD-based treatments, but it definitely is something; all in all, it’s a positive move toward recognition of CBD’s many potential benefits.

3. Sports leagues are beginning to change their CBD regulations

Some athletes have been opening up about their use of CBD either inside or outside of their profession. With cannabidiol having some reported anti-inflammatory effects and apparently relieving pain, a lot of athletes seem to be trying out CBD for themselves.

And now, they are legally allowed to (at least in some sports).

Prior to the most recent Olympics, for example, the World Anti-Doping Agency (WADA) updated its list of banned products for 2018, and cannabis advocates soon found that the list no longer included CBD.

In fact, Section S8 of the official WADA report, specifically says that “cannabidiol is no longer prohibited.”

This means that Olympic athletes could hypothetically use CBD during competition season. This is an incredible breakthrough involving another massive global organization admitting to the safe and natural health benefits of cannabidiol.

Also, back in January 2018, Treyous Jarrells (ex-running back for the Colorado State football program) decided to become an entrepreneur in the cannabis industry, and his company, Green Roads World, started a division called Green Roads Athletics.

The company recently finalized a sponsorship deal with the North American Premier Basketball League (NAPB), which is huge news in terms of advancing the global opinion on cannabis.

“Athletes such as myself have been working extremely hard to make CBD an alternative alongside the opioids, stimulants, painkiller shots, and over-the-counter medicines,” Jarrells told High Times Magazine.

And he’s right – a lot of the supplements that athletes take can be very harmful, and CBD offers a promising alternative.

But there’s more. In June 2018, the first professional sports league in the United States approved CBD for its athletes.

The BIG3 basketball league, founded by rapper Ice Cube, has embraced CBD products, with Ice Cube himself saying, “We always change the game.” He thinks that other leagues should follow suit.

And they just might. Some leagues, such as the NHL and MLB, are notoriously lenient on cannabis use. With the BIG3 having made the first official step, it is likely that other professional leagues will begin to change, too. This is great news for athletes everywhere.

4. Many projects the CBD industry to be worth billions

By several accounts, the cannabis industry (including the CBD market) is expected to become a billion-dollar business within the next decade. According to Brightfield Group analytics, hemp CBD is expected to grow at a rate of 55% compound annual growth for the next five years.

This is due to a changing perception of CBD-based, and cannabis-derived, products.

With proclamations such as those from the World Health Organization and the FDA, everybody is seemingly wanting a “piece of the CBD pie,” and the pipeline of products is ever-expanding on a global level.

It seems that the pressure to change legislation surrounding CBD is also growing, and it might soon just become too much for the federal government to ignore. The industry is pretty big already, and it seems that it will become too hot to handle if something isn’t done about it in terms of legality.

Since the industry growth has been so overwhelmingly positive over the last few years, it likely means that views toward the product will only become more relaxed.

5. Changing Legal Status in the UK

After a few cases of CBD-derived medications being used in emergency circumstances came to light, the United Kingdom started to rethink its laws on the compound.

Our friends across the pond seem to have relaxed their attitudes a little when it comes to CBD, even though they have been notoriously strict in the past.

The Home Secretary, Sajid Javid, made the decision to relax the laws, which now state that specialist doctors will be able to prescribe cannabis-based medications later this year.

“Following advice from two sets of independent advisers, I have taken the decision to reschedule cannabis-derived medicinal products – meaning they will be available on prescription,” Javid said.

The products will be available on the UK’s National Health Service (NHS), meaning that users will not have to pay for their treatments. Not only does this provide hope to many sick people in the UK, but it also opens up the door for more research to be carried out on the product.

And although the UK has relinquished some of its global power with its decision to leave the European Union, its decisions could still have an influence on other countries worldwide.

With a country so infamously strict on cannabis making this decision, it offers a ray of hope to people across the globe that cannabis-based treatments may become more readily available in the future.

Every time you switch on the TV or open a newspaper, you’re probably bombarded with endless bad news and depressing headlines. Hopefully, this article has shown that there is still some good news out there!

There are several progressive moves happening in the CBD industry right now, and it certainly shows promise for the future of the cannabis world. Of course, right now, some of these seem like small steps, but as legislation around cannabis and its compounds continue to change, these little steps might become ones for the history books!