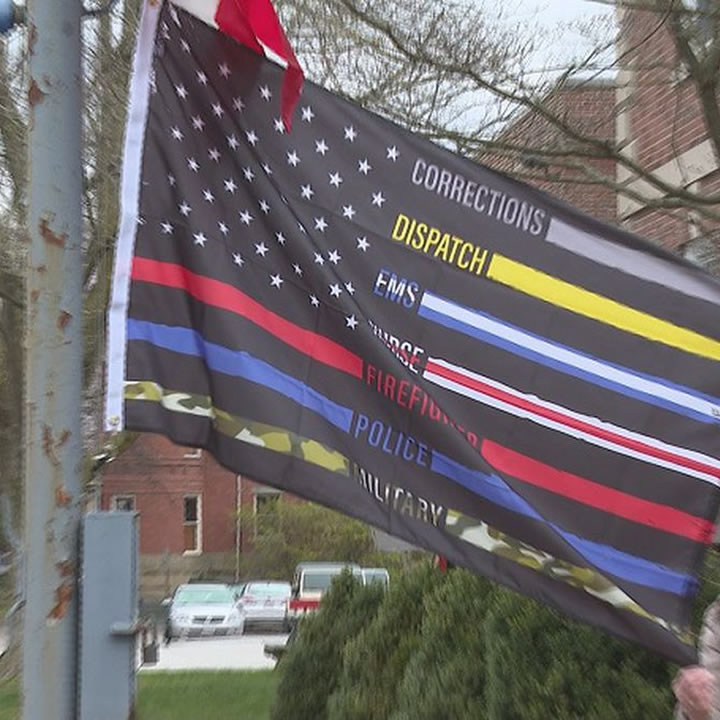 Show Your Respect to the First Responders

First responders are at the forefront of any natural or human-made disaster. They put their lives at risk to help others in the community. First Responders is a general term that encompasses multiple categories. First responders refer to firefighters, search personnel, rescue personnel, paramedical teams, law enforcement personnel, and police officers.

They undergo a high level of trauma and physical risk when performing their duties. And yet, some people take their work for granted. Therefore, we must show them the respect they deserve. By hosting a first responders flag at your property, you demonstrate that you respect the workers and the service they’re providing to the community.

Show Your Presence at Rallies/Gatherings/Protests

Protests, rallies, and walkouts take place in America all the time. In some cases, it’s for the first responder workers. For example, in early January of this year, EMS workers in Cleveland protested in front of the city hall. Their demand was for better mental health benefits. Similarly, in October of 2019, EMT and Mass. Medics staged a protest against the low wages they were receiving in exchange for the hard work they were putting in. This was in front of the AMR Headquarters, Colorado.

In all of these instances, it is for the benefit of first responders who, as per their claim, say they’re treated unfairly compared to other workers. If you believe their voices should be heard, then you can join the rallies with the first responders flag in your hand. The more the number of flags, hats, banners, the more influential the campaign will be.

Educate Your Children About their Importance

Children from a young age are motivated to become astronauts, doctors, software engineers, bankers, etc. First responders are usually not given a preference. Therefore, children never get to learn the importance of the workers on the frontline. But they must.

First responder workers across all categories often complain about lower wages and extensive working hours. But that’s not the point. The point is the workers are employed by emergency response providers, which are government agencies. In case of an emergency, these providers often face financial hardships and run fundraising campaigns to meet monetary needs.

Many first responder flag makers and apparel makers, in general, contribute to these fundraisers and help meet the budget needed for disaster control. Therefore by purchasing a first responder flag, you’re contributing indirectly to the agencies in need. Some portion of your $20-30 paid today will go towards fighting the disaster and saving lives.

In case of national or local emergencies, it’s not only the government’s duty, but the entire community to come together and support.

Make Their (The First Responders’) Day

First responder workers aren’t treated like a superstar or a white-collar worker. They lead an ordinary life for the extraordinary level of work they do. When they drive by your premises and see the first responders flag hosted outside, this will make them feel valued and cared for in the community. This will motivate them and keep them going for the day and beyond.

When purchasing a first responders flag, you should look at its quality and design. It should be designed appropriately, displaying all the colours that represent all first responder worker departments.