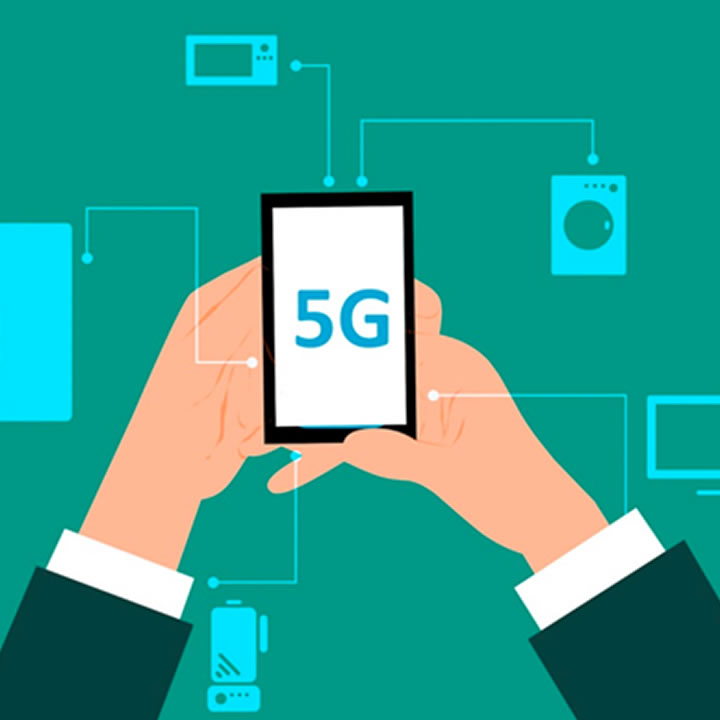 The gaming industry is expected to undergo dramatic change with the advent of 5G technology. Advancements in Internet connectivity, particularly the IoT and cloud-based services are fast changing the way multimedia content, multiplayer content, and gaming takes place. 5G connectivity is perceived as a viable solution to many of the current challenges vis-a-vis latency, consistency, connectivity, speed, and the overall gaming experience. 5G is really about speed – lightning fast Internet speed. One common thread shared by gamers across the board is the need for speed with interactive gameplay.

PC Mag defines 5G as next-generation Internet, more specifically, ‘5G stands for fifth-generation cellular wireless, and the initial standards for it were set at the end of 2017.… There will be slow but responsive 5G, and fast 5G with limited coverage…. Like other cellular networks, 5G works with a system of cell sites that divide their territory into sectors and send encoded data through radio waves… 5G networks use a type of encoding call OFDM, similar to the encoding that 4G LTE uses.’ According to industry analysts, 5G technology will see Internet speeds bristling by tens of megabits per second, with average speeds racing up to 100 Mb per second in the future.

Clearly, the gaming world will benefit from the responsiveness of 5G technology. It comes as no surprise that many console games and PC games are memory intensive, requiring significant data storage capabilities. This also places additional stress on game designers, vis-a-vis updates and patches, fixes, and downloads which are also data intensive. With stable Internet connectivity, gamers can instantly access appropriate content. With 5G, all of the content is stored in a cloud-based service, meaning that today’s top-tier 4G games become the retro games of the 5G arena. One of the core characteristics of 5G technology is low latency. This means that we can expect virtually no discernible delays between a request and a response – 5G is offering 1 ms – compared to the currently available 4G technology with 50 ms.

Mobile gaming is the future of the world, and 5G is looking to capitalise on that in a big way. Augmented reality gave us a taste of what location-based gaming entertainment has to offer. The veritable Pokémon Go allowed for the juxtaposition of Pokémon characters in real-world environments, for an interactive global gaming phenomenon. Everyone was frantically searching for Pokémon characters all over the world, allowing Internet of Things (IoT) devices to get in on the act. On the topic of augmented reality (AR) and virtual reality (VR), 5G will make it possible to enjoy enhanced stability of connections, widespread coverage, and massive increases in upload and download speeds. AR and VR by their very definition require minimal latency if they are expected to evolve into the mainstream.

With low latency, gamers can expect rapid-fire interactions between audio commands, keyboard commands, or on-screen commands, and the action response that takes place. This means that RPGs, skill-based games, card games, table games, and even online slots games will be highly responsive to player actions. Even if you don’t know how to play online slots you won’t have to worry; 5G will bring the casino to you instantly. It’s just a small matter of pulling a virtual lever, or clicking the spin button to get started. The online gaming world is bristling with surging numbers of players worldwide and thanks to mobile technology, numbers are going to continue rising. The advent of live dealer casino games is particularly notable, since this form of gaming fuses bricks and mortar casino games with innovative live streaming technology.  5G will eliminate loading times and virtually eliminate latency, for a much better experience.

The reason why virtual reality requires low latency is medical in nature – nausea. High levels of latency make it impossible to immerse oneself in a VR world without feeling sick to your core. Experts advise a maximum latency of 20 ms. Low latency levels guarantee as natural an experience as possible. Interruptions in online performance are also factors to be considered, and 5G promises to rectify many of these issues. Reliability is a function of the quality of the network, the number interconnected IoT devices (resulting in congestion), and bandwidth issues.

5G shines in the online gaming arena compared to its rather ‘archaic’ relative – 4G. Since tens of thousands of devices can be hooked up to a 5G network without any problems, it makes sense to use this cutting-edge Internet technology for online gaming purposes. However, for augmented reality and virtual reality, experts recommend billions of connections per km2. Even more startling is the fact that Intel commissioned a report which found that by 2028, augmented reality games will comprise 90% of 5G revenues, and by 2025, virtual reality (VR) gaming will feature interactive sensual elements like hot and cold, wind, tingling and tickling, et cetera. These 4D experiences will be standard in the gaming world.

How will 5G Impact the Business of Gaming?

If the future looks a little uncertain, we need only look at what has already happened to understand how technological advancement is going to impact the gaming industry. 5G is a disruptive technology and it will upend many existing and conventional systems. 5G can solve many problems that 4G and other online gaming technology simply cannot. It reduces the load on the computational ability of a device, and it also allows for a prolonged battery life. The current nature of things clearly illustrates a fragmented gaming ecosystem.

Existing software will have to be upgraded for 5G connectivity, allowing applications to function on the new systems and devices. The standard connectivity to date has been with frequencies of around 30 GHz, leading to tremendous congestion with data limited to 1 Gb per second; 5G promises between 30 GHz –300 GHz in the frequency range, opening up multiple bandwidths and reducing congestion to negligible levels. The impact on mobile gaming functionality is going to be extraordinary.

Resource intensive games will function much like Hulu, Netflix, BBC iPlayer, Amazon Prime, and HBO. You will be able to download copious amounts of data and stream it perfectly in double-quick time. Many world-class games and systems will benefit; Gears of War 5 and Google’s very own Stadia will be dramatically upgraded with 5G technology. RTS games, FPS games, and RPG games will blaze a trail on PC, Mac, and console devices. If rich multi-media content is streamed from data centres, there is no end to the incredible innovations that are possible with gaming. It’s all about the mobile experience, on Android and iOS devices.

5G is fully supportive of mobile gaming, and it functions seamlessly on multiple interconnected devices. Sure, challenges remain and there are many technical issues to iron out for 5G gaming to become a mainstream phenomenon. There is tremendous optimism in the world of eSports and multi-player games with this next-generation technology. Rapid-fire video streaming, limited drag, and maximum video gaming functionality are all going to be the order of the day. The world is on the cusp of dramatic change with 5G video gaming functionality for a more absorbing overall experience.