Hundreds of people have died and thousands more have been poisoned in Iran after drinking high-concentration alcohol in the mistaken belief it can cure coronavirus.

More than 600 people have died after attempting the cure and some 3,000 are now in hospital, Iranian judicial spokesman Gholam Hossein Esmaili said Tuesday.

‘The numbers are very high and are beyond our expectations,’ Esmaili said. ‘Alcohol consumption is not a cure but can be lethal.’

600 people have died and another 3,000 taken ill in Iran after drinking high-concentration alcohol in the belief it would cure coronavirus, the government has said (file image) 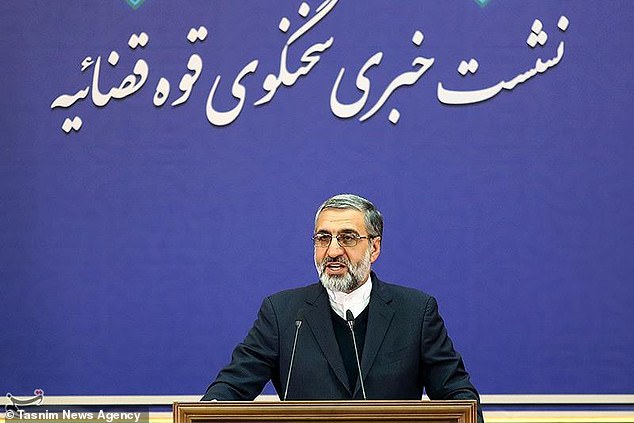 Judicial spokesman Gholam Hossein Esmaili (pictured) said the total was far higher than ministers had anticipated, and urged people not to attempt the remedy

Speaking to state-run Tasnim News Agency, he added: ‘A number of people have been arrested… and we will deal with them decisively.

‘They must be held accountable for their criminal acts, for causing death and damage to citizens.’

Iran is the site of the Middle East’s worst coronavirus outbreak, having confirmed 62,589 cases of the virus and 3,872 deaths.

Questions have been raised over Iran’s data after the country initially downplayed the severity of the outbreak.

Iran’s parliament convened Tuesday for the first time since the coronavirus outbreak forced its doors to close, as the country reported a drop in new infections for the seventh straight day.

More than two-thirds of the legislature’s 290 members gathered in the absence of speaker and veteran politician Ali Larijani, who tested positive for COVID-19 last week. 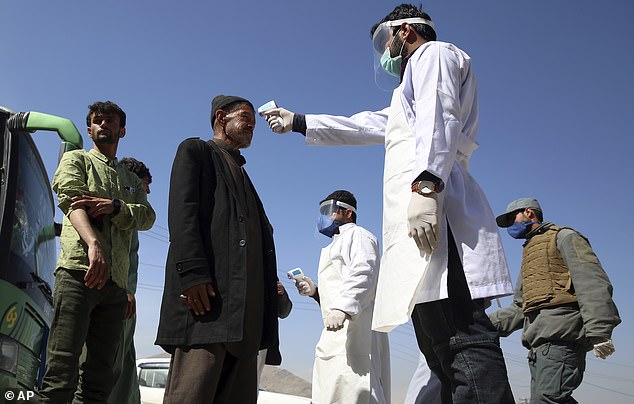 Iran has the Middle East’s most severe coronavirus outbreak, with more than 62,000 confirmed cases – though observers believe the number is an under-estimate (file)

At least 31 members of the parliament, or Majles, which had been shut since February 25, have contracted the disease.

State television footage of the opening session showed some MPs huddling together despite guidelines on social distancing to stop the spread of the virus.

Parliament debated and eventually blocked an urgent bill to totally lock down the country for a month, with those against arguing it would damage the economy.

‘This plan is against jobs and growing productivity. Who’s going to pay for implementing it?’ MP Shadmehr Kazemzadeh said, according to the semi-official news agency ISNA.

But Abdolkarim Hosseinzadeh, who drafted the bill, said Iran had been ‘confused’ about how to contain the virus.

‘We must urgently make a decision, as history will judge us,’ he said.

Another 2,089 infections were recorded nationwide, bringing the total to 62,589.

In a bid to halt COVID-19, Iran has ordered the closure of non-essential businesses and imposed inter-city travel bans, while refraining from a lockdown.

But its taskforce to battle the virus said ‘low-risk’ businesses would be allowed to reopen from Saturday, while observing health protocols. 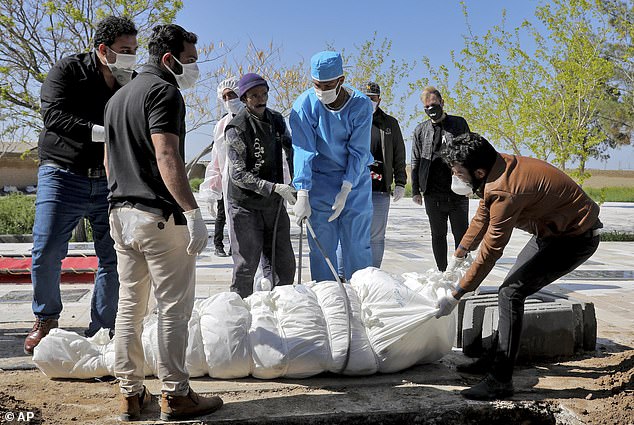 Iran has reported 3,872 deaths from the virus, but that figure is also believe to be an under-estimate (file image, a funeral for a suspected victim of the virus in 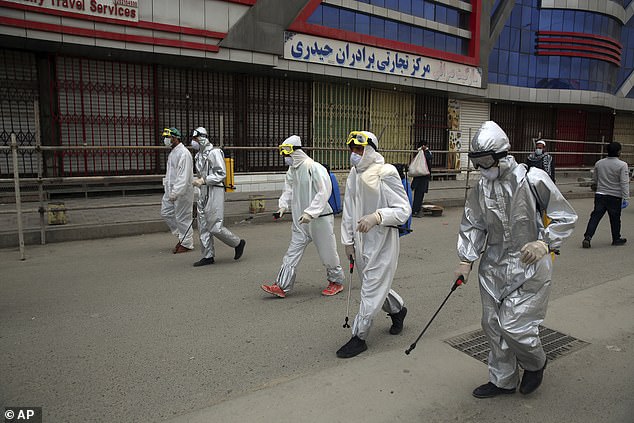 Iran has so-far resisted calls for a countrywide lockdown, and has instead shuttered non-essential businesses and told people to stay at home where possible

The body said two-thirds of public servants must go to work and the rest could do so from home.

It also said newspaper and magazine publishers could resume their print editions from Saturday, after being barred for a week.

Authorities are yet to define what low-risk businesses are and have been criticised for sending mixed signals by relaxing social distancing measures.

‘On one hand, there’s the health ministry asking for more stringent measures, and on the other economic officials decide things that make people feel the coronavirus is not so dangerous after all,’ said Mohsen Hasehmi.

A taskforce member said anyone going back to work could become a virus ‘cluster bomb’ as many of those infected were asymptomatic.

‘I don’t know what’s the reasoning for such a decision,’ state news agency IRNA quoted Hamid Souri as saying Monday.

Officials said the reopening of businesses was meant to save the economy.

‘We cannot shut down industries and production’ at a time of ‘economic war’ amid crippling US sanctions, Health Minister Saeid Namaki told parliament.