A 622lb woman who fell in love with a drug addict fears he is going to leave her now that he has gotten clean because all she wants to do is sit in front of the TV and eat.

Growing up with parents who were always fighting led Alicia, 32, to start turning to food for comfort as a young age. When she first met her boyfriend, Tim, he was an addict who understood her addiction to food.

‘We met six years ago and we connected quickly because we were both addicts,’ she explains in a preview clip for Wednesday night’s episode of My 600lbs Life. ‘He was addicted to drugs, and so he understood my addiction to food and didn’t judge me.

Out of control: Alicia, 32, weighs 622lbs and fears her boyfriend, Tim, is going to leave her if she doesn’t get her addiction to food under control 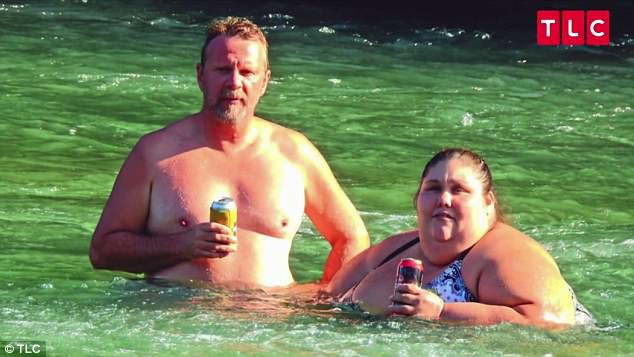 Throwback: Alicia and Tim met six years ago and bonded because they were both addicts 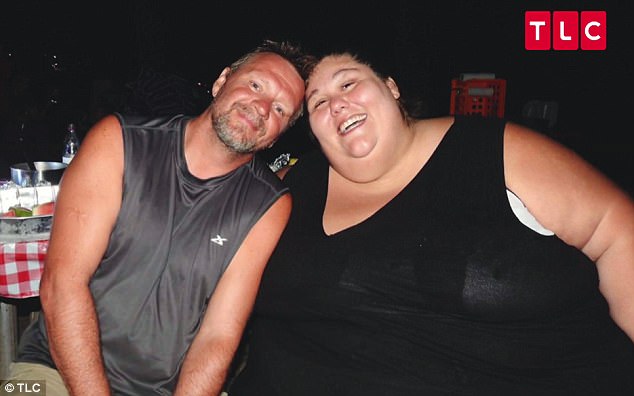 Falling in love: Tim says he was initially drawn to Alicia’s ‘carefree spirit’ and wasn’t bothered by her weight

Tim says Alicia’s size didn’t bother him when the first met; he was drawn to her ‘carefree spirit’ and her ‘laugh.’

‘I really liked being with her because she was always laughing and smiling,’ he recalls. ‘But now its almost like she’s a totally different person, and our relationship has grown stagnant.’

He adds that Alicia hardly wants to do anything besides sit in front of the TV and eat, which frustrates him because they ‘have a life to live together.’

‘Tim was addicted to drugs, but he got clean, and now I am the one killing myself because I can’t stop myself from eating,’ Alicia says. ‘If there is any food in the house, I eat it, so we run out of food quickly.’ 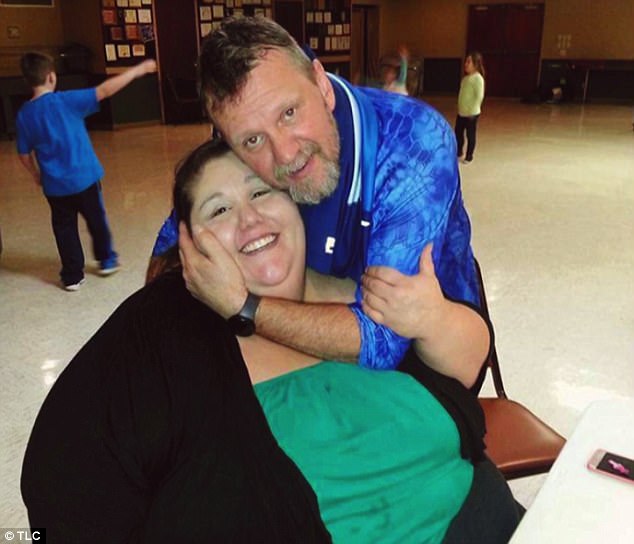 Bond: Because he was an addict, Tim understood her addiction to food and didn’t judge her for it. However, now that he is clean, he refuses to watch her eat herself to death 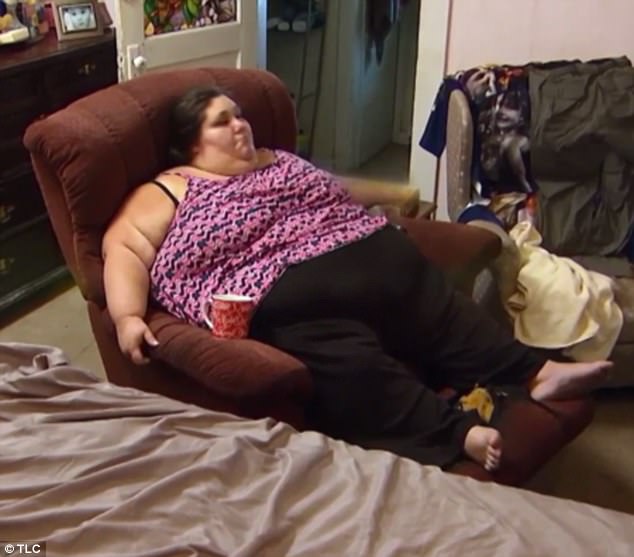 Frustrated: Tim says Alicia has changed, noting that she only wants to watch TV and eat

When Tim is at work, Alicia will drive to the grocery store to get food, and she admits it is the only thing that gets her out of the house.

‘The only thing I am really living for at this point is the next meal,’ she says.

Alicia notes that she is the heaviest she has ever been, so it it is painful for her to get into the driver’s seat of her car because she barely fits.

‘I hate going to the grocery store, and I have anxiety about being in public because I have a fear of people judging me,’ she says. 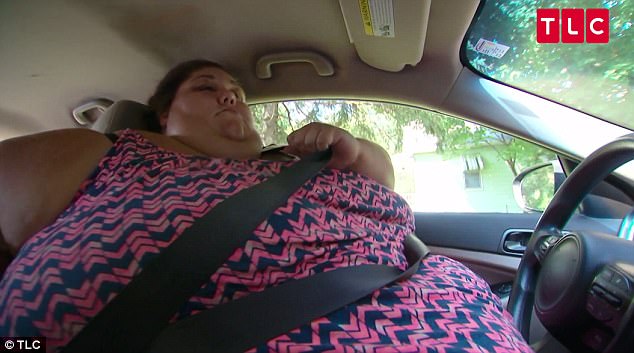 Struggles: Alicia can barely fit into her car, and she only leaves her house to get food 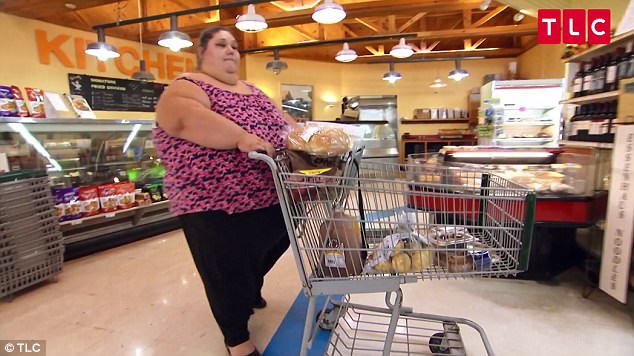 Hard to handle: Alicia admits that she has anxiety about going out in public because she can tell people are judging her 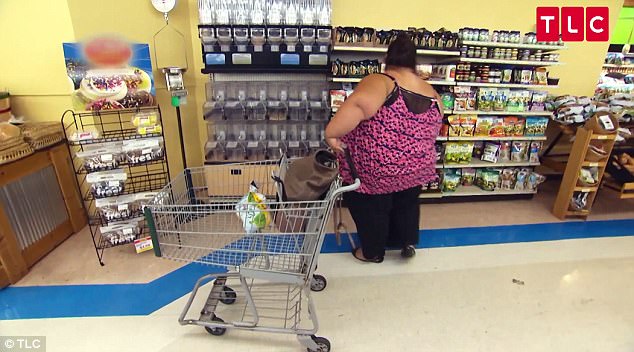 Addiction: Although her trips to the grocery store make her anxious, she feels better as soon as she sees all the food

‘I can feel people looking at me. I can feel their stares,’ she adds. ‘I feel like an animal that people are looking at to see what I will put in my cart next.’

‘But I ignore it all because when I see all this food — especially all the carbs and sweets — it makes me feel happy.’

Alicia explains that she started to put weight on at an early age in response to her ‘very chaotic’ childhood.

While her mother worked to support their family of four, her father would go out to bars to drink. He wasn’t around much, which left her mom with a lot of anger and resentment towards him.

Tough times: Alicia explains that she started to put weight on at an early age in response to her ‘very chaotic’ childhood 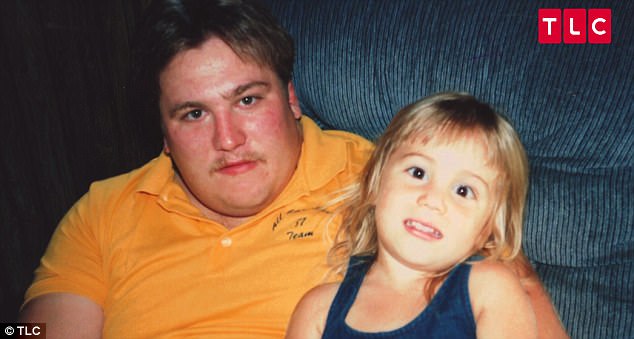 Missing dad: She says her father spent a lot of time drinking at bars and wasn’t around much 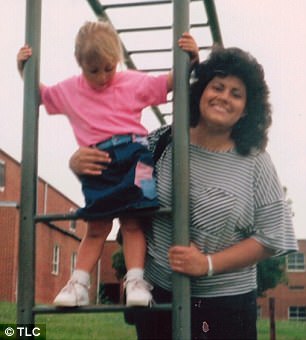 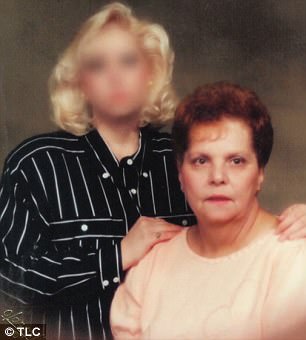 Comfort eating: When her father and mother (left) would fight, her grandmother Faye (right) would take her for ice cream to make her feel better

‘When he would come home, there was always a lot of fighting and sometimes it would get loud and violent,’ she recalls.

Alicia says her grandmother Faye was the person who really raised her and took care of her, but she is also the one who taught her to use food as a coping mechanism.

‘When my parents would fight, she would try to distract me with ice cream, and I remember how it made me feel better,’ she says.

‘Sugar became the thing in my life with my grandmother that I knew could make me feel better when I was afraid or upset.’ 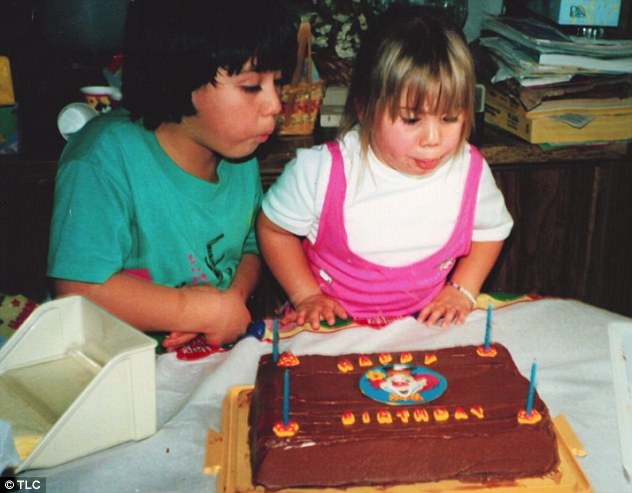 Dependent: Alicia says sugar became the thing in her life that she knew would always make her feel better 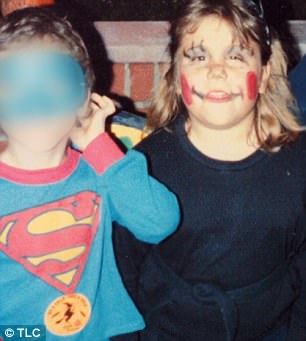 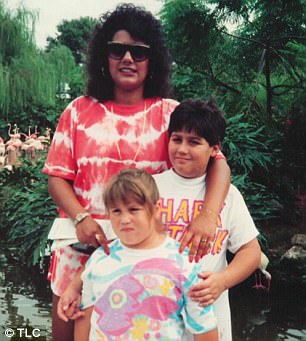 Difficulties: By the time she was seven years old, she weighed 160lbs. Her increasing weight gain prompted her mother to yell at her whenever she ate 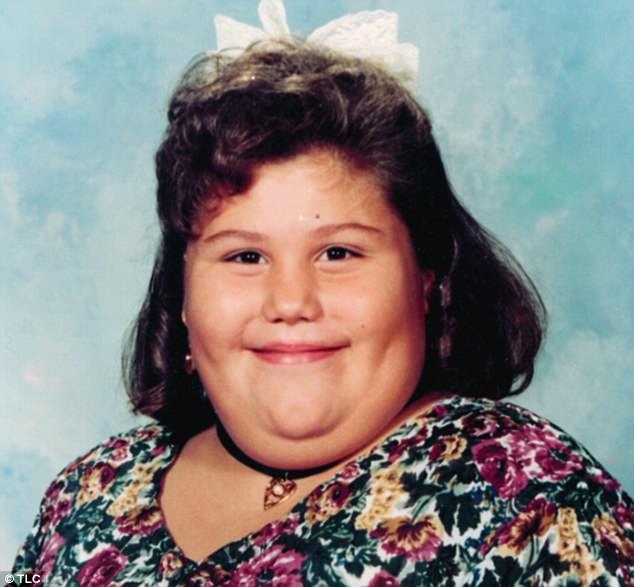 Obesity: When she was 10 years old (pictured), Alicia hit the 200lbs mark

By the time she was seven years old, her weight had skyrocketed to 160lbs. Family and friends would warn her mom that she had a problem.

Alicia says her mom felt her ‘increasing weight ‘made her look bad,’ so she would scream at her for eating and tell her that she was ‘getting too fat.’

‘I started to worry about Alicia’s weight in grade school,’ Alica’s mother JoAnn tells the camera. ‘You would hear remarks from other people and wonder, “Well maybe I should be more worried than I am.”

‘I thought maybe she would outgrow it, but she didn’t.’

Alicia says her mom’s response to her weight only made her eating worse because she was even more depressed.