Tough as nails 7.30 host Leigh Sales struggles to contain her emotions as news of Bob Hawke’s death comes through in the middle of her show

Tough as nails 7.30 host Leigh Sales struggled to contain her emotion when news of Bob Hawke’s death came through in the middle of her show.

‘It’s my very sad duty to break the news this evening that the former Australian PM, Bob Hawke, has died aged 89,’ she said.

‘Mr Hawke was Australia’s 23rd prime minister. It’s very difficult to overstate what a giant he is of the Labor Party and of the Labor movement.’

News of Hawke’s death broke when his wife Blanche d’Alpuget released a statement revealing he passed away ‘peacefully at home’.

‘Shortly we will play you an obituary of Bob Hawke, but as Bob Hawke knows more than anybody, politics has to go on,’ Sales said.

‘We are in the middle of an election campaign, so firstly we will bring you our interview with Bill Shorten as planned, in the interests of fairness and balance.’

Cassidy last saw Hawke a few months ago and worked as his press secretary from 1986 to 1991 while he was prime minister.

‘And I didn’t,’ a distraught Cassidy said.

‘I didn’t because of the campaign. I was going to do it after the campaign and I didn’t.’

Host Karina Carvalho told Cassidy ‘not to be too hard on himself’. 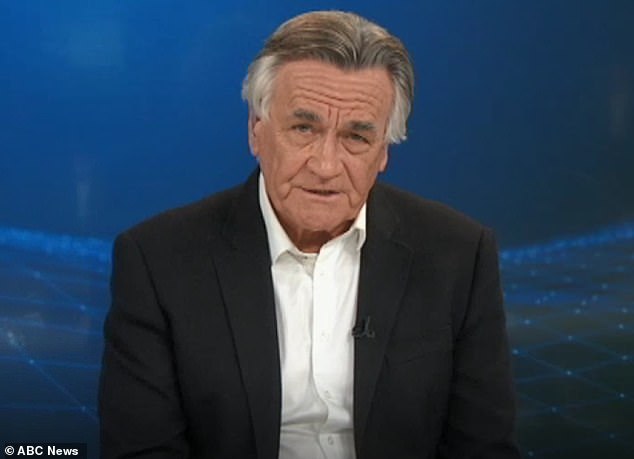